Do you LOVE karting? Why not take on the challenge of racing and enter a team into our WTF1 Endurance race?

We’ve just launched a NEW ticket type for individuals to race in a team captained by one of these familiar faces. Guests include Matt G, Tommy (The Founder) OR Ben Daly (Tiametmarduk).

As well as racing with your mates, you’ll be competing against other Team WTF1 members and racing pros in a 30 team, 3 hour track endurance race event, at one of the UK’s premier karting venues!

The full WTF1 gang and some well-known faces will be there too, and are excited to race against you and all your mates. Bring it on 😈

Daytona Milton Keynes is a favourite karting venue among the squad, and we’ll see teams of 3 to 6 drivers battle it out on the 1200m circuit. It’s all about teamwork as you’ll be sharing a kart endurance racing style. You’ll need to work together with the other members of your team to plan race strategy and tactics as well as being on it when it comes to driver changes and refuelling during the pitstops.

Timings: Friday 22nd October, 12pm arrival time
Price: £495 per team entry OR £150 to race individually in a team with a special guest

Where: Daytona Milton Keynes
Who: 30 teams of Team WTF1 members – you can have up to 6 people per team
Format: 3 Hour Team Endurance Race
Qualifying: 40 mins Qualifying
The Karts: N35-ST Honda GX270 4-stroke engines and 390cc

To buy tickets find the booking link in the member’s area at wtf1.com/team-wtf1 or check your emails.

You must be a member of Team WTF1 purchase tickets, but the other members of your team do not have to be members.

If you aren’t yet a member of Team WTF1 and would love to get exclusive content and come to special events like this one, sign up here.

The International circuit is a 1200m outdoor go-karting circuit in the middle of Milton Keynes and comprising of 11 corners, some of which are very technical. There are also straights of various lengths. The International circuit suits racers of all abilities from beginners to serious enthusiasts and is widely considered to be one of the best go-kart circuits in the UK.

Find out more about our partnership with Daytona Motorsport here

Are helmets and other equipment included?
Yes all equipment is included. You just need to turn up and enjoy yourself!

Are there any restrictions on taking part in the day?
You must be aged 14 and above to take part. The minimum height is 142cm /4ft8″. Anyone under the age of 18 must be accompanied by a parent or responsible adult.

Is food included in the price?
No, but you will have the opportunity to purchase food at the venue. 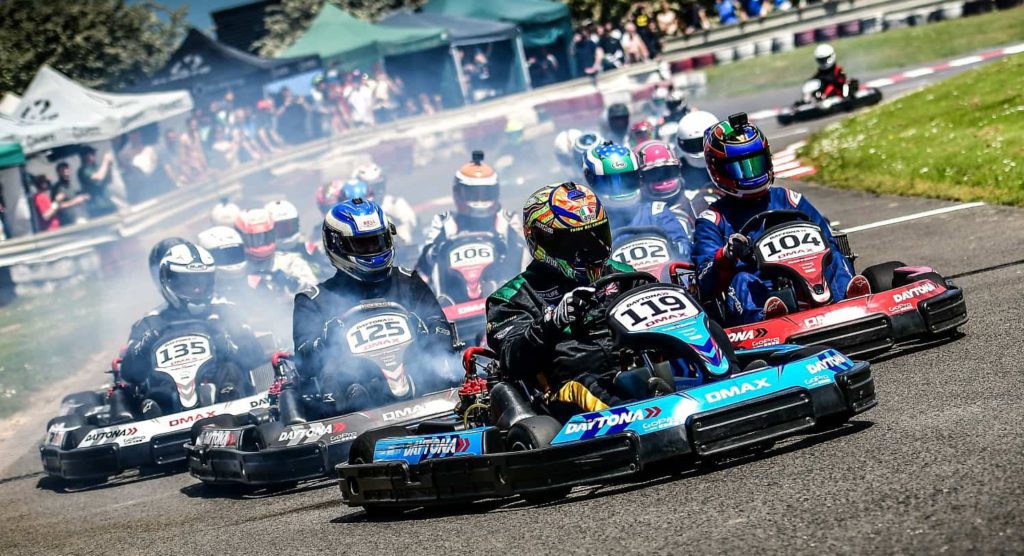