The Spanish Grand Prix is one of the oldest races on the Formula 1 calendar and since 1991 it has found a permanent home at the Circuit de Barcelona-Catalunya.

As it’s been around for a while now, there are some epic onboards from F1 cars racing around the Barcelona track. Let’s take a look at the best:

Back when F1 was much noisier, here’s a hot lap of the Barcelona circuit with home hero Fernando Alonso from 2013.

For anyone not familiar with the Circuit de Barcelona-Catalunya, allow 2009-spec Mark Webber to explain…

In 2004, there was no chicane as the penultimate corner. Instead, drivers like Michael Schumacher had to tackle the last turn at terrifyingly high speeds.

While this Fernando Alonso/Ralf Schumacher video dips in and out of onboard footage, it gives a great look at how the cars of the 2003 season handled in race trim.

This series of onboards is pretty incredible – showing the warm-up lap and opening lap of the 1997 Spanish GP from various perspectives.

We know, right? A lap with Pastor Maldonado that doesn’t include some kind of incident. This one’s from back in 2012 – the weekend he somehow won his first and only F1 race.

Another one featuring Alonso, but this one’s mainly just for the ridiculously cool sound of the Renault V10. Enjoy…

Here’s the onboard lap from the quickest time of pre-season F1 2017 testing with Kimi Raikkonen. It’s a good comparison to previous rules and regulations.

How cool is this clip? It’s from the 1994 Spanish GP and includes onboards with Schumacher and Damon Hill. This is, of course, the race that featured the strange temporary chicane…

Another video that’s here largely due to the engine sound… Mika Salo’s Toyota wasn’t particularly quick in 2002 but it does show how, apart from the penultimate corner and the hairpin at the end of the long straight, the Barcelona track has barely changed in over 15 years.

What are your favourite Spanish GP onboards? Link them in the comments! 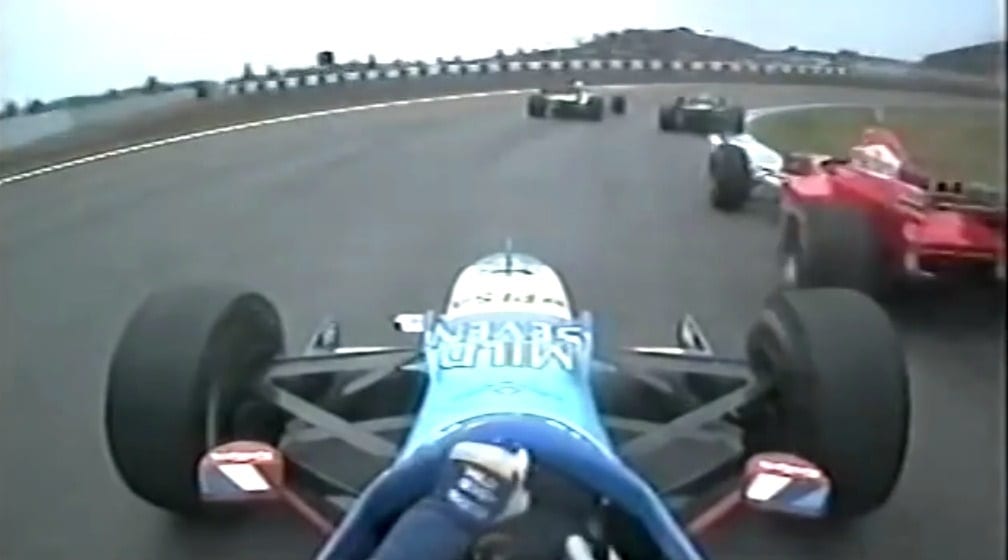