The big news about Codemasters’ upcoming F1 game is that it will feature classic cars for the first time since the 2013 edition of the game.

There will be 12 classic cars in the game, although only three of them have been announced so far: the Ferrari F2002, Williams FW14B and McLaren MP4/4. Those are three of the most successful F1 cars of all time, and that’s awesome – but for many F1 fans some of the teams at the back can be just as well loved as those at the front.

With that in mind, we’ve picked 10 cars that spent most of their time towards the back of the grid which we’d love to see make an appearance in the game.

One of the gorgeous Orange Arrows surely has to feature on looks alone, so we’ve gone with the 2001 Arrows A22. As driven by Jos Verstappen and Enrique Bernoldi the team only scored one point, courtesy of sixth place for Verstappen in Austria.

The unreliable Asiatech engines led to several non-finishes, and the unusually small fuel tank meant that although the cars would often gain places in the opening laps they’d eventually fall back by the end of the race. It’d be great to drive one of these in a modern racing game – just remember to pay attention when getting lapped by a Williams at Interlagos…

If you want to play as Jean-Denis Deletraz or Giovanni Lavaggi in an official F1 game (and let’s be honest, you do), you have to go all the way back to the original Formula 1 game for the Playstation 1. That could be rectified in F1 2017 by including the 1995 Pacific PR02.

That year the car was also driven by Bertrand Gachot and Andrea Montermini, who took the teams best result of the year with eighth in the German Grand Prix, but it wasn’t enough to stop them from folding at the end of the season.

When you think ‘backmarker’ the first team you think of has to be Minardi. Despite achieving very little in its 20 seasons in F1, the small Italian outfit is surely among the favourites of every F1 fan.

Trying to pick just one Minardi for inclusion in is tough (perhaps it’s worthy of a separate DLC pack with several of its cars if you’re reading, Codemasters!) so we’ve gone with the 1999 M01, purely for the heartbreaking memories of Luca Badoer’s retirement in that year’s European Grand Prix. And if you don’t want to recreate scenes of a tearful Badoer, you could always be Marc Gené or Stéphane Sarrazin.

If you’re going to have some historic backmarker content then you’ve got to have something that was driven by the late, great Andrea de Cesaris. For 1988 he joined the newly-formed Rial team and although the car was fairly competitive it was also very unreliable. Despite this de Cesaris managed to finish a remarkable fourth in Detroit and although the car looks somewhat ‘unfinished’ (at least by modern standards), there’s something a little bit cool about it.

With Force India going for a striking pink livery this year, F1 2017 should throwback 25 years to the last time we saw a pink car in F1 – the 1992 Brabham BT60B. Eric van de Poele and Giovanna Amati started the season with the team, but it’s most famous for giving Damon Hill his F1 debut when he replaced Amati after the first three races.

Although the car struggled to qualify Hill managed to give the team its best result in Hungary by finishing in 11th. Sadly that also turned out to be the last race for the Brabham team but hey, at least it bowed out on a high note – in the context of that season, anyway!

Of course, we have to have the Mastercard Lola team! Ignore the fact it failed to qualify for its first race and then folded soon after, because the team is too iconic to overlook.

Who knows, maybe that first race in 1997 was just a one-off? If the team had continued they might have improved enough to be winning races by the end of the season. The only way we’ll ever know is if Codemasters put it in F1 2017.

Ahh, the team that was created by Honda just to keep Takuma Sato in F1. Super Aguri’s first season in 2006 was a bit pants but in 2007 it was basically running the previous years’ Honda RA106, and this allowed the team to leap up to the midfield.

Sato memorably finished sixth in Canada after putting a lovely move on Fernando Alonso’s McLaren, whilst teammate Anthony Davidson was potentially on course for a podium until he hit a groundhog.

Sadly the team lasted just a few races into 2008 before folding, but in its short history gave us plenty of memorable moments and gained a lot of fans in the process. Also, Super Aguri is one of the coolest team names ever.

Watch any race from the late 1980s and two things are certain: there’ll be an epic title battle between teammates, and an uncooperative Ligier will be holding the leaders up.

This reached its peak in 1989, when René Arnoux and Olivier Grouillard were driving the Ligier JS33. Both drivers became the source of frustration for the leaders on multiple occasions, and the other drivers could breathe a sign of relief in the USA and Hungary as both cars failed to qualify.

Arnoux in particular was pretty reluctant to lead the leaders past. In Monaco he caused Alain Prost (whom he never got on especially well with) to lose 12 seconds, prompting some classic commentary from James Hunt. Come on Codemasters, give us a late-80s Ligier – for those of us who aren’t particularly good at the game, the chance to be a really, really annoying backmarker would not only be desirable, but historically accurate!

In 1988 perennial backmarkers of the decade Osella called its car the FA1L. Honestly, what other reason do you need?!

If you’re really, really good at racing games and find yourself constantly wishing for a higher difficulty level, then the 1992 Andrea Moda S921 would be the perfect answer.

The team is one of the worst in the history of F1, not just because the car wasn’t particularly great, but because the team was so badly operated that the FIA eventually banned them for bringing the sport into disrepute.

If Codemasters included the Andrea Moda then it would represent excellent value as players would have two separate experiences available for them in one. There would be the Roberto Moreno experience, where the challenge is to get a sub-par car through pre-qualifying and qualifying just to get a chance to race it (Monaco is your best bet), or the Perry McCarthy experience, where you have all the challenge of having to drive a bad car, but with the added difficulty of your team doing everything in its power to prevent you from even getting out on the track. How good would that be?!

Backmarkers or otherwise, what classic cars would you like to see in F1 2017? Let us know in the comments! 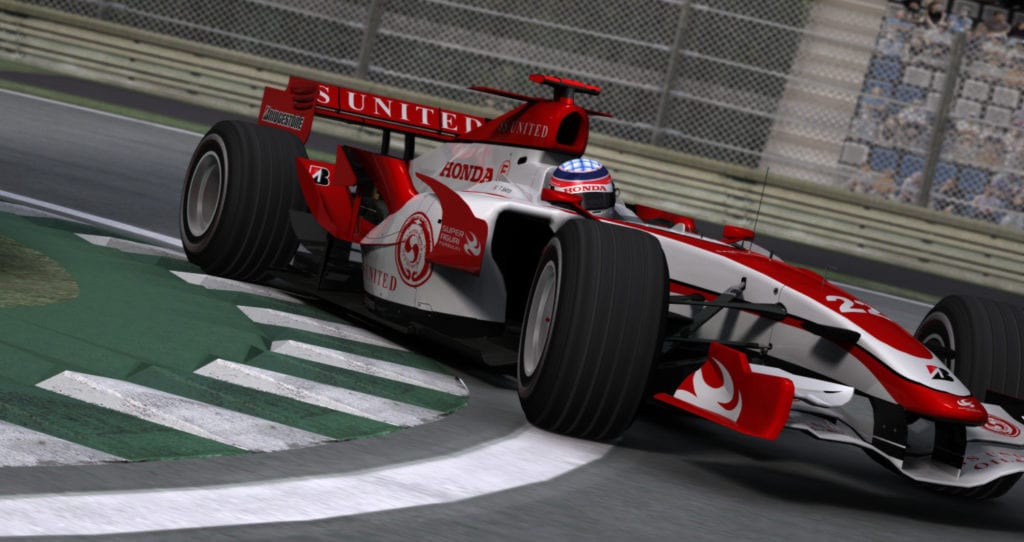