F1 silly season could be an interesting one to watch, as at the moment half the grid are out of contract at the end of the year 🤯 Here are those drivers, but do you think they’ll stay where they are, get snapped up elsewhere or find themselves out of F1?

After proving himself to be the ideal wingman for Max Verstappen, Red Bull renewed Checo’s contract break for 2022 during last year’s summer break.

Dubbed ‘the Mexican Minister of Defence’, Perez needs to put in performances like his defence against Hamilton in Abu Dhabi and get up to Verstappen’s pace if he wants to hold on to that seat.

An underrated standout of the 2021 season, few expected the Spaniard to get up to speed with the Ferrari as quickly as he did, showing himself to be more than a match for teammate Charles Leclerc.

Four podiums and fifth in the Drivers’ Championship in 2021, and a competitive Ferrari, should see his contract extended for at least another year, depending on the Prancing Horse’s plans for Mick Schumacher.

Could this be the end of El Plan? Taking up the option in his contract to stay at Alpine for another year, Alonso’s comeback has impressed even some of his biggest critics.

He’s got some big competition for that seat, with Ocon’s new contract seeing him through till 2024 and highly-rated F2 Champion Oscar Piastri sliding into the reserve driver role.

Redemption for his 2020 season at Ferrari, Vettel’s move to Aston Martin perhaps hasn’t delivered the expected results. Two podiums, including one DSQ (yes, we’re still upset about that), were the highlights of his 2021 season, but the 34-year-old might be tempted to call it a day if results don’t improve.

However, with Aston Martin owner Lawrence Stroll’s investment in the team, the new regulation changes and the potential long-term vision could be enough to see him stay on the grid in 2023.

Gasly could provide us with one of the most interesting driver moves on the grid if he decides to depart AlphaTauri.

Gasly’s unbelievable performances have put him on the title contenders’ radars, but it’s unlikely Red Bull would give him another shot. But it’s high time he got the promotion to a leading team.

Yuki’s future all depends on 2022. Do well, and he could find himself alongside Verstappen at Red Bull. Have another shocking year, and his place on the grid could be gone.

A challenging rookie season saw the 21-year-old show glimpses of talent, not least finishing fourth in the final race of the season and outqualifying teammate Gasly for the first time.

Yet with an abundance of quality juniors, he’ll have to keep Helmut Marko happy.

Racing in another league from teammate Nikita Mazepin, he’ll be wishing that Haas bridge the gap to their rivals in 2022 and allow him to show more of what he’s made of.

Nevertheless, his path to Ferrari isn’t as clear-cut as it once was, with Sainz’s performances likely to see his contract extended.

Stepping up as team leader after Russell’s departure, he’ll need to work hard to continue his growth in his third season, partnering with Alex Albon.

He might be a Williams driver in 2022, but Albon’s future isn’t only in his hands. With the option to be recalled to Red Bull or AlphaTauri at the end of 2022, his plans for 2023 depend on Christian Horner and Helmut Marko’s wishes.

If not recalled, a long-term future at the Grove-based team is always an option, and Team Principal Jost Capito might wish to retain him alongside promoting one of their juniors next season.

The newest addition to the F1 grid has a lot of weight on his shoulders in his rookie season. A third-place finish in F2 last year and some big sponsors means he’s already being labelled a ‘pay driver’.

Lining up alongside Valtteri Bottas at Alfa Romeo provides him with a strong benchmark and experienced driver to learn from.

Lance Stroll’s contract could end in 2022, but his agreements isn’t public knowledge. Considering his father’s involvement in Aston Martin, it’s unlikely they won’t be sticking around in 2023.

Who do you think could be out of F1 at the end of the season? Let us know in the comments below. 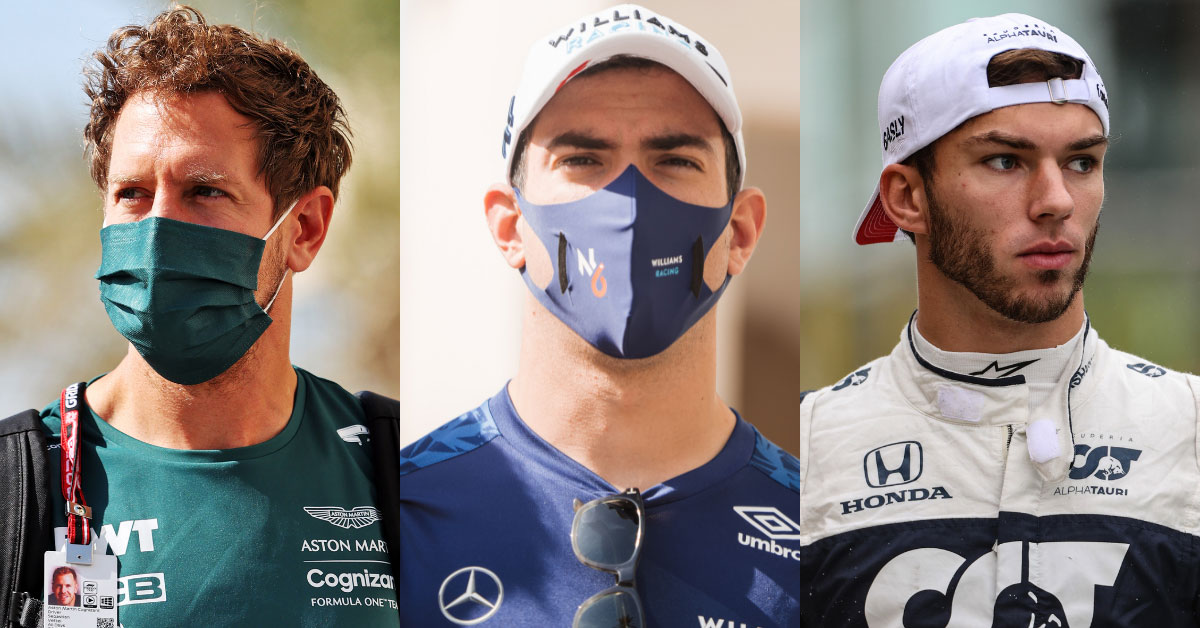