10 F1 Drivers Who Clicked With A Particular Circuit

Whether it’s because of their driving style, the boost they get from their home crowd or simply the confidence of having got a breakthrough result there in years past, sometimes certain drivers just gel with a certain track and year-on-year churn out the results. Even the all-time greats have circuits that just suit them. Here are 10 driver/circuit combinations that always seemed to just work.

When Felipe Massa joined Ferrari in 2006 some wondered if he truly deserved the seat. He quickly proved the doubters wrong though and was soon close to the pace of teammate Michael Schumacher, and he eventually broke though at the Turkish Grand Prix when he took his first pol position and went on to win the race.

This seemed to fill him with confidence, and for the next two years Massa was quite simply unbeatable at Istanbul Park, also winning the race from pole in both 2007 and 2008.

In fact for a while Massa was seen as a driver who was a bit of a specialist at a few circuits. He was pretty handy at Bahrain for a while, and he’s always gone well at his home race in Interlagos. Whilst you can explain his performance there as ‘home advantage’, his three years of total dominance at Istanbul Park surely stemmed from the confidence that debut victory gave him.

In their time together as teammates at McLaren, Alain Prost only outqualified Ayrton Senna four times, two of which were at his home race at Paul Ricard.

He first won there in 1983 (he would have won in 1982 as well had teammate René Arnoux not ignored team orders), and was on the podium in 1985, 86 and 87. In 1988 he outqualified Senna by a whopping half a second and went on to win, and he won from pole again in 1989. He won for a fourth time in 1990, passing the unusually competitive Leyton House of Ivan Capelli with just three laps to go.

Prost would end his career with six wins in the French Grand Prix (the other two were at Dijon in 1981, his first win, and Magny-Cours in 1993).

When a driver wins as many as 91 races then obviously there are going to be a couple of Grands Prix where they did a lot of winning. Michael Schumacher won six times at Spa, Barcelona and Suzuka, and seven times at Imola and Montreal.

Of all of those, perhaps his most memorable came in 2004, when he and Ferrari used a then-unheard of four-stop strategy to overhaul Renault’s Fernando Alonso.

Ayrton Senna was pretty good everywhere, and always especially good at street circuits. And when it comes to street circuits there’s only one that really matters – Monaco. And of course, Senna had a little bit of success there.

With five wins at the Principality Graham Hill is known as ‘Mr. Monaco’, but Senna went one better by winning the famous street race six times, including a streak of five in a row between 1989 and 1993. The only blip came in 1988 when he famously crashed at Portier just 12 laps from the end; the day before he’d outqualified Alain Prost by one and a half seconds with what is widely acknowledged as one of the greatest laps in the history of the sport.

Lewis Hamilton would like to think he’s a bit of a master at Monaco in the same vein as his hero, Ayrton Senna, but truth be told he’s a bit average there. However there is another track where Hamilton is almost untouchable – Montreal.

Scene of his first win back in 2007 Hamilton has won the Canadian Grand Prix five times already. In fact it seems to be a bit of an all-or-nothing race for him – only once has he finished the race in a position other than first (a third place in 2013). In 2008 he was battling for the lead when he bizarrely crashed into Kimi Raikkonen in the pit lane, in 2011 he crashed out in a bizarre incident with his team mate, and in 2014 he dropped out in a bizarre incident when his Mercedes had poor reliability.

Jarno Trulli was always excellent at Monaco, but for some reason it was Indianapolis which was the scene of some of his best drives as he usually did the very un-Trulli like thing of qualifying averagely and then making his way up during the race.

He was fourth in 2001, fifth in 2002, and fourth again in 2003. In 2004 he couldn’t set a time in qualifying so started last, but still finished fourth again. In that race in 2005 he took pole, though it was admittedly on fumes, and the following year he repeated his trick of starting last and finishing fourth. What was it with Trulli and Indianapolis?!

In the last Grand Prix held there in 2007 he was sixth – his worst ever finish at the circuit, but still his best result of the season. If the race stayed on the calendar, who knows what he could have achieved? A win for Toyota in 2009? Points for Caterham every year? The possibilities are endless!

Perhaps more than any other driver Nigel Mansell always found something extra at his home race. His first win came at Brands Hatch in 1985 (although that was the European Grand Prix), and he won at the same circuit a year later.

Silverstone became the permanent host of the British Grand Prix in 1987, when Mansell famously reeled in teammate Nelson Piquet and passed him with a brilliant dummy maneuver with just a few laps to go to take the win. In 1988 he was saddled with an uncompetitive Judd-engined Williams but somehow finished second. He was second again in 1989, and in 1990 he took pole by six-tenths and was leading until his Ferrari’s gearbox broke.

Back with Williams for 1991 he again took pole, but this time led every lap and took the fastest lap to win. The following year he was really hyped up, and he was a frankly enormous 1.9 seconds faster than teammate Ricardo Patrese in qualifying – and Patrese was second on the grid! The next fastest non-Williams was Senna in third, 2.7 down. He again won the race, taking fastest lap and leading every lap, and the British crowd swarmed the track after he crossed the finish line.

Michael Schumacher won at Spa six times and Kimi Raikkonen ‘only’ four, but for Kimi that amounts to 20 per cent of all his race victories. He could have won it even more too, but there wasn’t a Belgian Grand Prix in 2003 or 2006, so he didn’t even have the chance to win it for two of his prime years.

His 2004 triumph was McLaren’s only victory of the year, and in 2005 he came out on top after a close battle with teammate Juan Pablo Montoya. He made it three on the trot in 2007, and came close to making it four in 2008 after a scintillating battle with Lewis Hamilton which ended with Raikkonen in the wall. In 2009 he was back on the top step, making use of the Ferrari’s KERS to hold off the Force India of Giancarlo Fisichella to take Ferrari’s only win of the season.

He was on the podium in 2012, but much like his general form his results at Spa also seem to have tailed off in recent years. Fourth in 2014 was comfortably his best result that season though, and with Ferrari back on top in 2017, there’s time yet for him to add a fifth Spa win.

Juan Pablo Montoya usually seemed to get it right at Interlagos. It was there in his first F1 season (and only his third race) that he muscled past Schumacher to take the lead and storm off to what was sure to be an easy win, only to be taken out by Jos Verstappen as he was lapping him.

He took pole in 2002, and fell victim to the turn three river in 2003. He was back on it in 2004 though when the race moved to the end of the season. In what had been a tough year for Williams that had only yielded three podiums up to that point, Montoya fought hard with Kimi Raikkonen to take victory. He repeated it for McLaren the following season in what was his last F1 win.

In fact he was on the podium there for four years on the bounce – third for Jordan in 1997, second for Benetton in 1998 and 1999, and then third in 2000. In 2002 he qualified sixth and finished fifth in an uncompetitive Jordan, and in 2004 he was fourth for Sauber – his best result of the season.

In 2005 he looked like he might finally get a win at the track he’d gone so well at in years past. He snatched the lead at the start from fourth on the grid and was holding off teammate Alonso, but he had to retire with hydraulics failure. 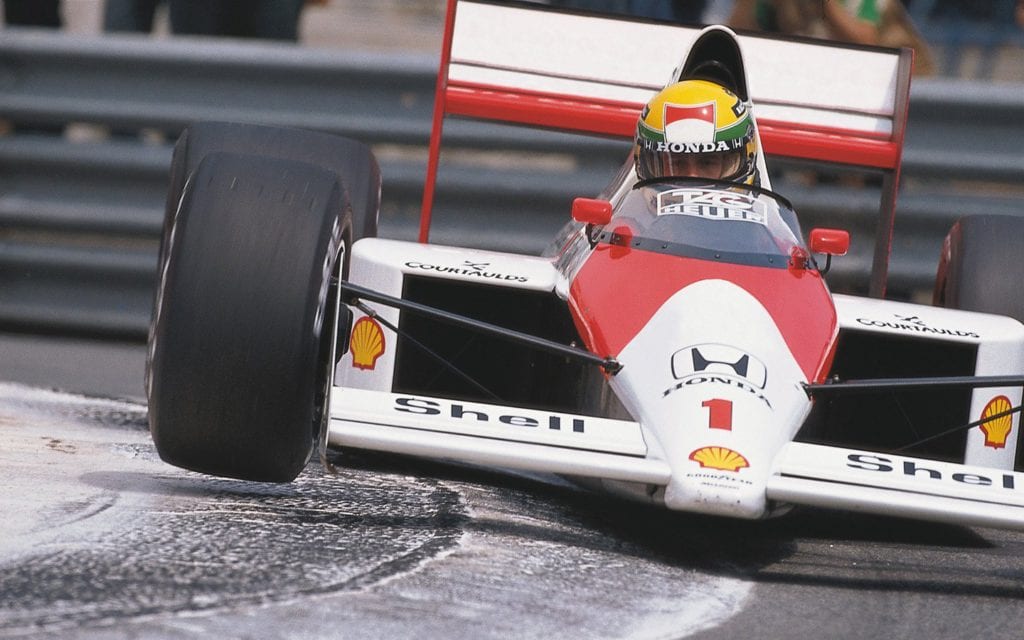