Formula 1 is a strange sport in that the biggest talents don’t necessarily succeed. Sure, you can get a pretty good idea of who the best drivers are by looking at statistics like the number of wins, pole positions and championships, but if you think being at the top of those lists is the only way to be considered a great driver then think again.

Here are 10 drivers for whom stats alone don’t tell the whole story.

When Juan Pablo Montoya barged his way past Michael Schumacher to take the lead in the Brazilian Grand Prix – only his third race – it seemed certain that here was the dawning of a future champion.

Unfortunately, it never happened. Although he came close in 2003, ultimately the Schumacher/Ferrari combination was just too far out of reach for even his aggressive and spirited driving to overcome.

A switch to McLaren to partner Kimi Raikkonen in 2005 promised fireworks, but an early season injury rather set him back, and by the time he was back on the pace he was too far back. His relationship with McLaren soured and he quit halfway through the 2006 season without achieving as much as he could – and probably should have.

But during those dreary years when Schumacher and Ferrari walked away with pretty much everything, he was the one driver who could consistently give him a hard time. In one of the sports most boring eras, the promise of a bit of Montoya magic was one of the few reasons to keep watching.

If Juan Manuel Fangio and Alain Prost lived by the theory of winning races at the slowest speed possible, then Gilles Villeneuve was the complete opposite. He had to be the fastest in every corner of every lap of every session. This led to some spectacular accidents but also some truly incredible drives.

After playing the dutiful number two to Jody Scheckter’s championship win in 1979, he had to wait until 1982 until he had another car capable of winning the title. But the combination of his flat-out driving style and a colossal argument with team-mate Pironi lead to his death in qualifying at Zolder, cutting his career tragically short.

But in that short career Gilles did many incredible things. From being fastest by 11 seconds in a wet practice session, to driving his car flat out with three wheels, to managing to win races with an absolute dog of a car (and so much more), Gilles cemented his place as an all-time great.

Elio de Angelis was probably born in the wrong era. At a time when the sport was becoming ultra-professional his laid-back, old school approach to racing probably didn’t help. He won two races, and even those could be argued as being somewhat lucky, but Elio was a serious talent.

He spent most of his career with Lotus where he was team-mates with the likes of Mario Andretti, Nigel Mansell and Ayrton Senna. He was able to hold his own against each of them, and in 1984 he was ‘best of the rest’ in the championship, finishing third behind the two McLarens.

However with Lotus focusing its resources on Senna, de Angelis switched to Brabham for 1986 where he was sadly killed in a testing accident at Paul Ricard. He was still only 28 years old, so would have had plenty of time left to get himself in a car capable of challenging for a championship where even in that ultra-competitive era, he wouldn’t have looked out of place.

Robert Kubica was a damned talented driver, and only getting better when his F1 career was cut short by a rallying accident that almost cost him his life.

His sole win came at the 2008 Canadian Grand Prix and he could have been a title contender that year. However BMW-Sauber made the bizarre decision to give up on the season when he was leading the championship because they wanted to focus on winning the title in 2009. Look how well that went for them…

Another strong year in 2010 cemented Kubica’s place as one of the sports top drivers and he was on the verge of a seat at Ferrari. But his accident put paid to that and ended a career full of promise.

Yep, it is of course time to churn out the ‘greatest driver to never win a World Championship Grand Prix’ cliche any time Chris Amon gets mentioned, but that doesn’t stop it being any less true.

On many, many occasions Chris Amon found himself in the lead of a race, only to be scuppered by a mechanical failure or some other bizarre failure – such as at Monza in 1971, when the visor on his helmet came off.

1968 was Amon’s cruelest year. He and Ferrari were pretty much the combination to beat all season, but a string of car failures whilst running at the front meant he only finished 10th in the title race when he should probably have been the champion. He’s the very definition of how irrelevant stats can be when it comes to great drivers.

Jean Alesi was so good in his first couple of seasons with Tyrrell that he had the choice of going to Williams or Ferrari for 1991. He went with his heart and chose Ferrari, just as they were entering a slump, while Williams went on to dominate much of the decade. Oops.

That basically sums up why his career stats aren’t that great, but even with a mediocre Ferrari Alesi was something to watch. His incredibly aggressive style won him legions of fans, and he was one of the best when it came to driving in the wet.

His only win came at the 1995 Canadian Grand Prix and there could have been plenty more, but Alesi was never the luckiest driver. A switch to Benetton in 1996 didn’t change his fortunes, and he saw out the rest of his career with Sauber, Prost and Jordan, whilst still showing glimpses of the driver that gave Senna a run for his money…with a Tyrrell.

Stefan Bellof was a sportscar ace who got his F1 chance with Tyrrell in 1984. Unfortnuately for the talented German Tyrrell were pretty much the only team not running turbocharged engines and chances to impress were usually limited to when it rained.

The 1984 Monaco Grand Prix is perhaps best remembered for being the race where Ayrton Senna ‘arrived’, as he chased down Alain Prost for victory in torrential conditions. But as Senna was catching Prost, Bellof had come up from dead last to third, and was catching the pair of them before the red flag was thrown.

Unfortunately Tyrrell were disqualified from the entire season over a dispute about ballast and his podium was stripped of him. The following year he was back with the team and once again impressed in soaking conditions, this time at Estoril, as he went from 21st to third, eventually finishing sixth. This and other strong performances led to him being touted as a future champion, but he was killed in a sportscar race at Spa later that year, leaving his colossal potential unfulfilled.

Pedro Rodriguez didn’t get a regular drive in F1 until 1967, where he promptly took the last ever victory for the Cooper team in the opening race of the season in South Africa. It was only his ninth Grand Prix and at the end of the year was a solid sixth in the championship – ahead of his team mate and future champion Jochen Rindt.

Aside from a few races for Ferrari, Rodriguez spent much of the rest of his F1 career with the BRM team. He took his second victory at Spa (the last GP to take place on the old circuit) in 1970 after a race-long battle with Chris Amon’s Ferrari and came close to winning in Watkins Glen at the end of the season.

But what really set Rodriguez apart was his wet-weather ability. Whether it was in an F1 car or a Porsche 917 in the World Sportscar Championship he was something of a virtuoso and considered the best of his time. He demonstrated this to great effect in the 1971 Dutch Grand Prix, where he battled with another rainmaster – Jacky Ickx – for the win in wet conditions. The Ferrari man just pipped him at the end, but the pair of them were a lap ahead of the rest of the field.

It’s a sadly familiar story though, as Rodriguez lost his life in a sportscar accident at the Norisring later that year, and motor racing lost a true great.

The first of many race-winning drivers to kickstart their F1 career with Minardi, Alessandro Nannini’s F1 career was still on an upward curve when it came to a premature end after his arm was severed in a helicopter crash.

After impressing at Minardi he was snapped up by Benetton, where he proved a consistent podium finisher. He took his sole win at the Japanese Grand Prix in 1989, where he benefitted from the antics of Prost and Senna and the Brazilian’s subsequent disqualification.

At the time of his accident Nannini was set to stay on at Benetton for another season and other top teams were also showing interest. Had he been able to carry on it makes you wonder what would have happened in 1991 when Schumacher burst onto the scene – would Benetton have instantly dropped Nannini (or even Nelson Piquet) to make way for him in the same way they did Roberto Moreno?

The immensely popular Francois Cevert spent his entire time in F1 driving for Tyrrell as the number two driver to Jackie Stewart. He only won once, at the US GP in 1971, but his main aim during this time was to support and learn from Stewart.

By 1973 he was able to consistently match his team mate and took six second places throughout the season. Stewart was planning to retire at the end of the season and Cevert would become the number one driver for Tyrrell with a real shot at the 1974 title, but it wasn’t to be. In qualifying for the last race of the year at Watkins Glen (where he’d won two years before) Cevert lost control and fatally crashed.

Which other drivers were much better than their statistics show? Let us know in the comments. 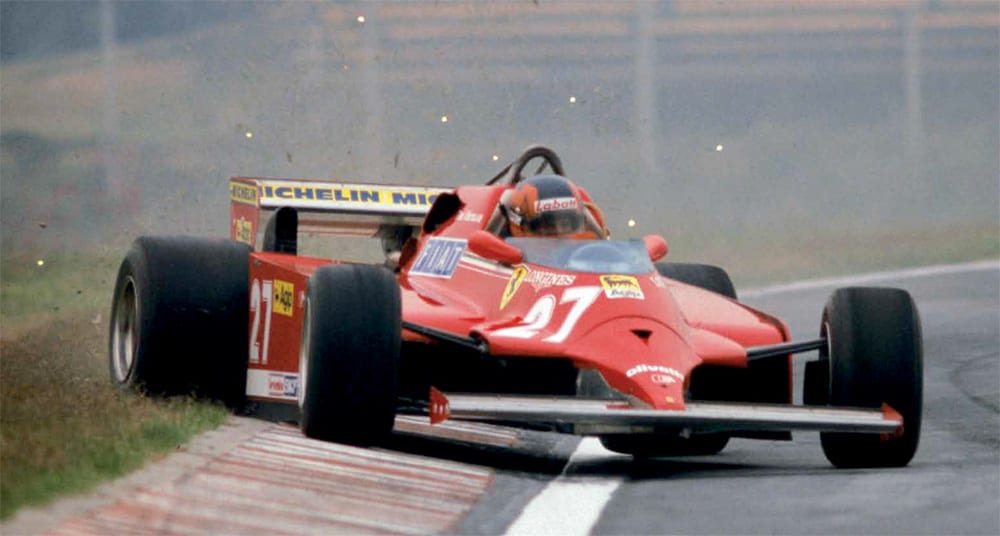