Sebastian Vettel stormed to his second victory of the 2017 Formula 1 season in Bahrain, holding off a late charge from Lewis Hamilton to move clear in the drivers’ standings.

There were plenty of fun and frenetic moments to keep us entertained throughout the race, with some great overtakes and battles.

But there was also a tense strategic battle at play. Let’s take a look back at the best moments from the Bahrain GP:

Stoffel Vandoorne’s race ended before it had even begun. Yes, more power unit problems with his Honda engine meant he was unable to make the start and had to watch the race from the garage.

F1 racing under floodlights at night is always a stunning spectacle and the cars sparked into life when the lights went out, with Valtteri Bottas leading into Turn 1, ahead of Vettel and Hamilton.

Max Verstappen had looked pretty feisty and was battling near the front, but after his pitstop his brakes failed and he went straight on at Turn 4 and crashed into the wall. He wasn’t happy afterwards.

Carlos Sainz Jr. and Lance Stroll clashed as the Toro Rosso exited the pitlane. Sainz should’ve been more cautious but Stroll did cut across him quite aggressively. It ended both of their races…

The five-second time penalty for backing Daniel Ricciardo up as he entered the pitlane proved crucial in the race result for Hamilton.

To be honest, one of the best battles of the race wasn’t even for a top 10 result. There were some great scraps in the midfield, with Fernando Alonso getting stuck in despite never racing “with less power” in his life.

He struggled earlier in the race but Bottas bounced back late on to climb up to third.

Alonso clearly was pretty frustrated with his McLaren’s lack of top speed. It got to the point where later in the race he was asked how the tyres were and just replied with “do what you want, man”.

The two Mercedes drivers swapped positions late on, with Hamilton much quicker on fresher tyres. He started to chase down Vettel for the race lead but he was running out of time.

Yep, Hamilton ran out of time. Vettel finished 6.6 seconds clear of the Mercedes to claim his second win of 2017. Hamilton and Bottas were second and third to round out the podium.

What was your favourite moment? Let us know in the comments below. 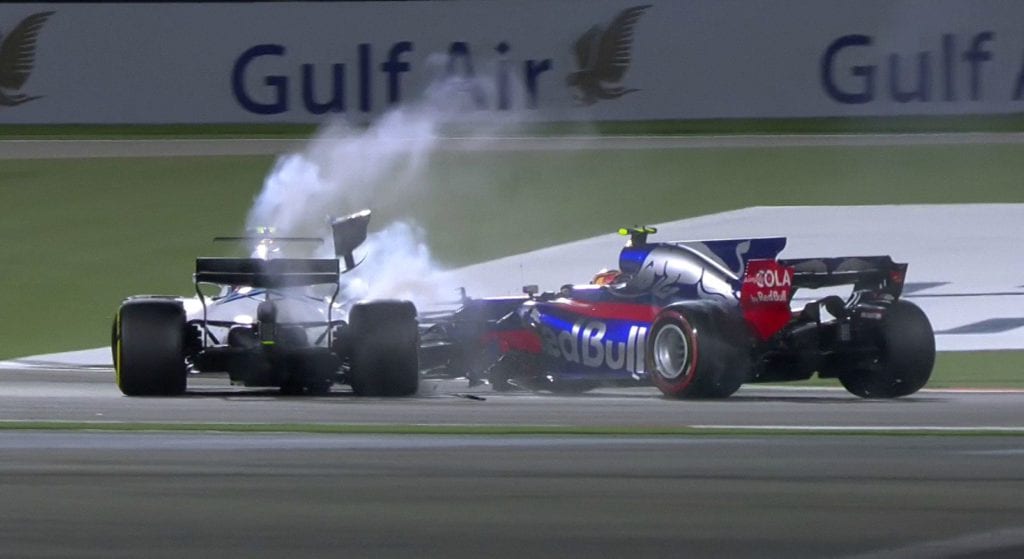