10 Of The Craziest WRC Jumps Ever

There are many elements that make the WRC such a brilliant and exciting motorsport series, one of those being the ridiculous jumps.

If WRC drivers aren’t already mad enough weaving through trees and rocks on dirt, tarmac and snow at incredibly high speeds, you then bring jumps into the equation.

Naturally, WRC cars flying off jumps at high speed are always some of the highlights of a rally. Let’s take a look at some of the craziest:

Mads Ostberg narrowly missed out on a new Colin’s Crest record at the 2017 Rally Sweden in the new breed of WRC machine, putting in his amazing 44-metre jump on his second run through it.

While Ostberg didn’t quite get the record, here’s the official holder – Eyvind Brynildsen jumping 45 metres in his Ford Fiesta R5 from 2016.

Aleksander Saluk produced one of the most spectacular jumps of all time at the Rally of Turkey in 2010, with huge air and a heavy almost nose-first landing with the dirt.

This jump from Andreas Mikkelsen at Rally Deutschland in 2014 didn’t feature much airtime, but it did include one of the most ridiculously cool saves in the WRC – how he kept his VW from crashing, we don’t know.

Just simply WRC legend Colin McRae tackling a series of jumps at Rally Australia in 1997 with incredible bravery and skill. Also, we love how the crowd at the final jump get a face full of dust as the back end of his Subaru steps out.

Kris Meeke literally gets sideways and narrowly avoids a shunt at Rally Poland in 2015. A close call… and here’s Robert Kubica completing a more straight-forward jump for good measure afterwards too.

Here’s a classic WRC jump from the king of jumps, Rally Sweden. Evgeni Novikov and his co-driver momentarily could only see the sky when their car lifted off back in 2009.

Hardly the best scenario for ex-F1 star Kubica at Rally Sweden in 2014, shunting into the snow back after catching the car badly at the end of a jump.

How is this for a variety of viewpoints of a WRC jump? Ott Tanak was certainly on the attack and pushing hard at Rally Poland 2015, getting so much air. Glorious.

We told you Rally Finland was the king of jumps, didn’t we? It’s easy to see why, especially in this clip of Sebastien Ogier flying through the air back in 2014.

What are your favourite WRC jump clips? Be sure to post them in the comments. 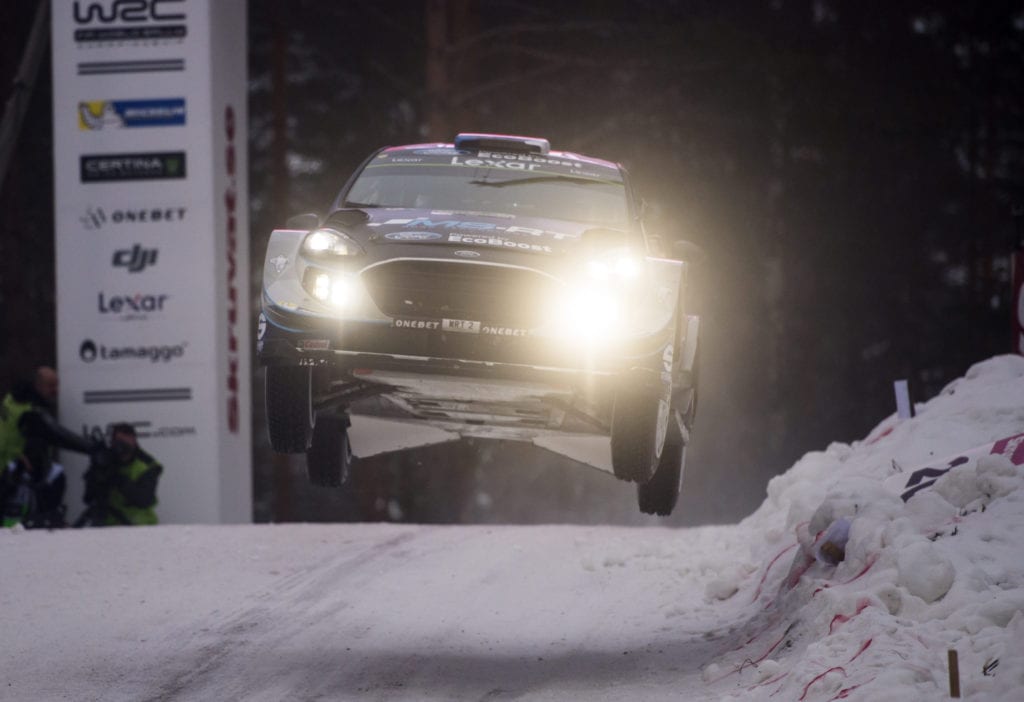