10 Pictures That Show How Long Ago It Was When F1 Last Raced At Imola – WTF1
Skip to content
×
Formula 1 , Fun , Gallery

When F1 last raced at Imola in 2006, life was so very different. Fernando Alonso was reigning world champion, Michael Schumacher was set to ‘retire’ from F1 and Lando Norris was just 6-years-old. Let’s all take a trip down memory lane in 10 images from that 2006 Imola weekend.

2016 World Champion Nico Rosberg, or ‘Britney’ as he was known, was a fresh new talent to the sport.

Bridgestone and Michelin were the tyre manufacturers. Pirelli who?

Kimi looks almost unrecognisable in the paddock. So many questions. The tattoo on his wrist has since been covered up, and what even is that t-shirt?

The return of the half-beanie-half-cap is this time styled by Vitantonio Liuzzi. Throw in a cheeky soul patch and eyebrow piercing and you’re good to go.

Jacques Villeneuve was actually racing instead of dishing out unpopular opinions about every F1 driver in existence. 2006 was to be his last year racing in F1.

Fashion icon Jenson Button continued to push the boundaries between sunglasses or skiing goggles. Do they even make sunglasses like this anymore?

Baby-faced Sebastian Vettel (yep that’s Vettel) was just 18-years-old when F1 last raced at Imola. In 2006, he was a test driver for BMW Sauber.

Red Bull Racing’s Christian Klien chatted to fellow Red Bull athlete Vettel. Little did we know that this kid and his huge mop of hair would go on to win four world titles with the Red Bull team from 2010 – 2013.

Max Mosley, the then-FIA President, takes a snapshot of the paddock on his fancy new digital camera. Say cheese.

Nick Heidfeld still didn’t have an F1 win to his name. 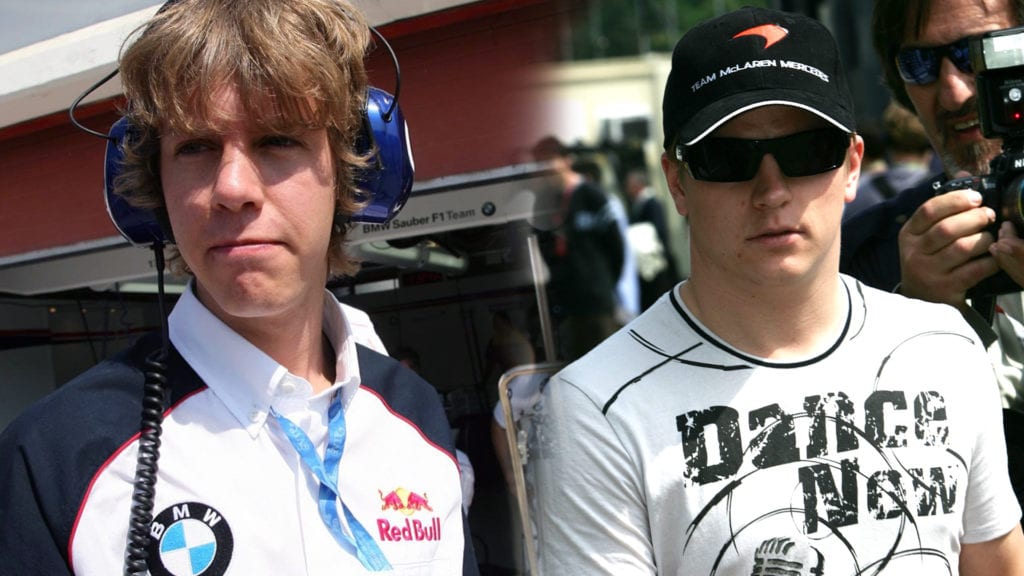