2019 is upon us and although it seems a long way away now, before you know it all the cars will have been launched, testing will have happened and we’ll be going nuts to the F1 theme as we’re watching the warm-up lap in Australia.

There’s a whole lot to look forward to with new aero rules, new power unit partnerships and one of the biggest driver shake-ups in recent history, but what will all that actually translate to? Here are _ things we want to see in 2019.

With Pierre Gasly joining Red Bull and Charles Leclerc driving for Ferrari, it might not be too long until F1 sees a new race winner. The question is that if they do win, how long will it take them? Will they take a few races to build up to it, or will their first wins also double up as their first podiums? Both surely have the talent to achieve it – whether it happens is a question of whether their cars are competitive enough.

In the hybrid era, we’ve only seen three new winners in the sport – Daniel Ricciardo, Max Verstappen, and Valtteri Bottas. It’s about time we added a fourth and fifth.

Ditching a seemingly stagnated Renault powerplant for the slightly unknown but slowly improving Honda one is a move Red Bull probably needed to take in order to challenge Ferrari and Mercedes. Will it work? Probably, yes… eventually. The jury’s still out over how much Honda improved with Toro Rosso last year but the general feeling is that although the power unit is competitive, it’s still got a little way to go in terms of reliability.

Either way, the sport needs Red Bull to at least be up there, fighting at the front again. Races in 2018 where the team was competitive with Mercedes and Ferrari made things much more interesting and hopefully the switch to Honda doesn’t deny us a whole season of Red Bull being in the hunt for wins.

Plus, if Red Bull-Honda doesn’t succeed, there’s a small chance it could drive the team out of the sport. We’ll also have to hear much more complaining from the teams and the drivers and nobody wants that, do they?

This was one of the sport’s most glaring issues last year. It’s not good when most of the field is being referred to as racing for top honours in ‘Formula 1.5’ or ‘best of the rest’ in what started to look increasingly like a two-tier championship.

There is hope that the gaps from the front to the back of the field could be slightly more progressive. Any potential teething issues with Red Bull-Honda could see the team slip towards the upper-midfield at the start of the year, while of the midfield teams, Renault is perhaps the most likely to find serious gains over the winter. And if Haas gets access to a load of the good bits of last year’s Ferrari the American squad could spring a surprise once more.

It doesn’t really matter what the pecking order is, or even if there’s a definitive gap to the midfield again. Just as long as that gap can be measured in tenths and not seconds, it’ll be fine. Anyway, it’s probably in the interest of Mercedes and Ferrari to ensure that the gap isn’t too big – if it is, then it further supports the argument for a cost cap…

If you grew up watching F1 in the 1990s or early 2000s it would have been an enormous shock watching these two giants of the sport propping up the rear of the grid in 2018. Sure, that’s the nature of Formula 1, they have no one to blame but themselves, and somebody has to be at the back. But McLaren and Williams? That just seems wrong.

It’s a shame that two once-dominant teams have fallen so far from grace and nobody would begrudge them more competitive seasons, especially with such exciting new driver line-ups. People would prefer to see Lando Norris and George Russell – two guys who have the potential to be massive in F1 – fighting for seventh in their first season, not 17th. And after all the hype and excitement surrounding his comeback, nobody wants to see Robert Kubica spent a year struggling to get out of Q1.

We’re not expecting these teams to suddenly leap to the front, but hopefully both can show signs of improvement.

With all the incoming rookies and radical driver changes throughout the field this year, one driver’s return has become somewhat overlooked. The lack of the drivers in Red Bull’s junior programme means that Daniil Kvyat is getting yet another chance at Toro Rosso – and we really hope he cracks it this time.

Why? Well, this was the guy who went from unexpected GP3 champion to full-on Red Bull driver in little more than a year. The guy who managed to outscore teammate Daniel Ricciardo in 2015. The guy who got under Sebastian Vettel’s skin with a ballsy overtake in China. When everything comes together, Kvyat is a bloody quick driver.

His confidence was shattered when Max Verstappen replaced him at Red Bull and he never really recovered. Every little mistake was scrutinised, every collision played up, every bad session used as an excuse to replace him. With a year out working with Ferrari (to apparent great effect), we hope the Kvyat that’s coming back is more focused, more confident, more consistent. Because peak Kvyat will be a great thing for the sport – and for Toro Rosso.

Controversial? Maybe, but as outstandingly brilliant as he’s been the last few years and as deserved as his championships are, few sports are interesting when one person wins everything over a prolonged period of time. Even in recent F1 history, people got fed up when Michael Schumacher dominated and the same thing happened when Sebastian Vettel won four on the bounce.

And when we say we’d like to see someone other than Hamilton win the title, we don’t mean Vettel either. After all, the two of them have won nine of the last 11 championships and a new name on the trophy would be nice. How about a battle between Verstappen and Leclerc to become the youngest-ever champion? Now that would be tasty…

Yes, Nico Hulkenberg’s lack of a podium is a meme at this point, but that would just make it all the sweeter when he finally gets one. Unless Renault makes a huge improvement with its new car it’ll probably require a bonkers race for it happen – and also for Hulkenberg not to crash in the middle of it, as he has done at Baku for the last two years.

He’s too good a driver to end his F1 career without some kind of silverware and it surely has to happen at some point, so why not 2019? It’ll be a bloody popular result if it does happen and it’ll also suggest that Renault is still on the up. That’ll show that Ricciardo’s decision wasn’t such a bad one and that his career won’t fizzle out in the midfield after all…

OK, so this seems obvious, but that’s why it’s so important. It doesn’t really matter what the end result of anything is as long the racing throughout the year is, on the whole, good. It doesn’t matter if there are a few boring races – that’s inevitable – but we want to see battles for position throughout the field, thrilling overtakes, and races where we don’t know what the result is going to be five laps from the end. After all, there’s little worse than the field getting completely spread out after five laps and remaining that way until the end.

It’s especially important this year as new technical regulations will see the introduction of simpler front wings, deeper rear wings, more effective DRS and more available fuel, all in the name of improving the racing. They’re sort of a ‘mini preview’ of the massive changes set to happen in 2021 so if they work this year, that’s a good sign. If not, then it could lead to all sorts of chaos behind the scenes. Some people are already unhappy with it…

We’d dearly love to see this. Bottas’s 2018 season was definitely one of two halves: pre-Germany – when he was frequently ahead of Hamilton and fighting for wins – and post-Germany, when he was either miles off the pace or having his few good drives cut short by (understandable team orders).

Bottas deserves a bit of luck and he could do with a couple of wins early in the season to help put the horror of 2018 behind him. He’s proved many times in the past that he can be a genuine match for Hamilton, all he needs to do now is maintain that performance level for an entire season. It’d certainly give Mercedes a few headaches…

Oh yes, now this is the kind of thinking we can get behind. If for some reason one of the 2019 grid should lose their seat, then who better to take his place than a proven race winner with experience in a multitude of championships and a man so clearly valued for his technical feedback that he was once Pirelli’s official tyre tester? In fact, all 10 teams are stupid not to have snapped him up already.

What would you like to see happen during the 2019 season? Let us know in the comments. 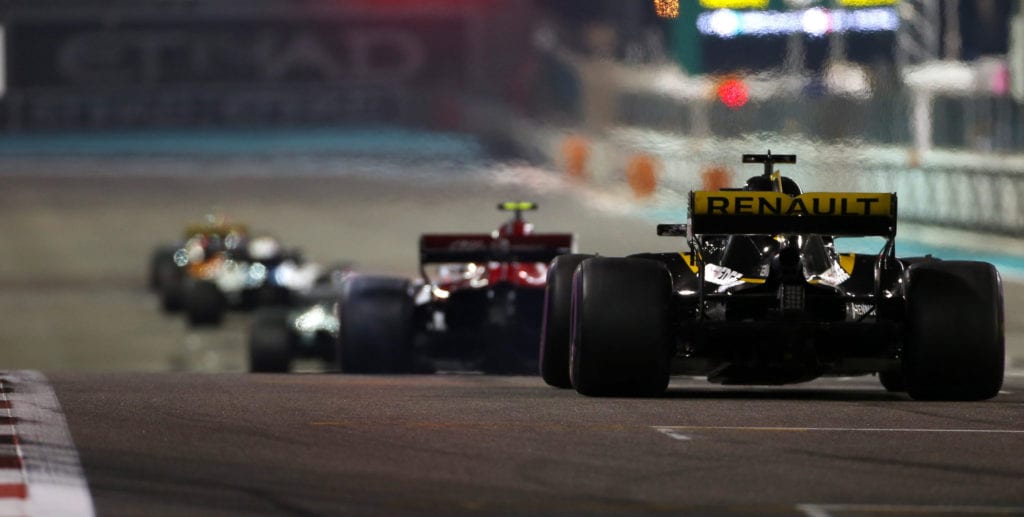