In decades past, the USA hosted two grand prix each year at a variety of street tracks. In fact, in 1982, there were three races in America! Why? Well, the USA is a big place with lots of people and a lot of motor racing heritage. It’s a huge market for F1, which is why we were so glad to see the awesome Circuit of the Americas crop up on the calendar in 2012.

But you still can’t shake the feeling that a single race in Texas isn’t quite enough – something Liberty too believes, hence the desire for a race in Miami and the rumours of Las Vegas hosting a grand prix at some point in the future.

However, with Las Vegas being a rumour and plans for a Miami race put on a seemingly indefinite hold, what other, existing tracks could F1 visit in the meantime? We’ve come up with a list of 10. And in each case we’re completely ignoring things like whether or not the track meets FIA standards, if it would be safe enough, how good the facilities are, or whether it’s feasible. Because what fun is an imaginary list of F1 races if you can’t use your imagination?

Perhaps the greatest former US GP venue of all, Watkins Glen hosted F1 from 1961 to 1980. Aside from a rather fast bus stop chicane at the end of the back straight, the layout is still pretty much the same. Filled with fast, sweeping bends and plenty of elevation change, in 2017 Scott Dixon managed an average lap speed of over 147mph in an IndyCar – just imagine what an F1 car could manage.

The other well remembered US GP venue, F1 raced at Long Beach from 1977 to 1983. The layout now is a bit different, but as street tracks go it’s up there as one of the most iconic in the world. There’s the unusual fountain section, some surprisingly wide corners (for a street track), a final hairpin perfectly designed for shenanigans, and a long, sweeping main straight on shoreline drive, ideal for generating overtaking.

D’ya ever get bored with how most F1 circuits are around the same length, take around 90 seconds for a lap, and are run for around 55 to 60 laps? A race at Lime Rock would have 127 laps, lap times well under 40 seconds, and… well, probably a lot of hairy moments. Those final two corners are rapid.

Sonoma or Laguna Seca, Sonoma or Laguna Seca… When it comes to undulating Californian road courses set in arid landscapes, we didn’t want to go with both, so we’ve gone with Sonoma. Why? Well, Those first couple of corners are just nuts, and the sweeping downhill left-hander into the hairpin is magnificent. Plus, Laguna Seca’s Corkscrew corner is a bit… y’know, ‘obvious’.

There are always complaints that overtaking is incredibly difficult at Sonoma but frankly, F1 cars can’t overtake each other anyway. They might as well not overtake on an awesome circuit in the process.

Onboard of the #F2003GA 1’01”2 fastest lap at @roadatlanta. Thanks for the confidence @budmoeller!! Coche y pista espectaculares!! Grazie per il video @morenocorni !!🔝🔝 #onboard

Do we really need to spell anything out for you, here? This onboard lap with Marc Gene in a Ferrari from earlier this year should tell you everything you need to know about why F1 would be good at Road Atlanta. Heck, that back-straight is even perfect for a DRS zone, which is… well, kinda sad.

If you like your street tracks brutal, look no further than Belle Isle in Detroit. The bumps are relentless, the kerbs enormous, and the right-left ‘chicane’ at the start of the lap is not only immensely fast, but also has a huge bump in the middle of it. It’s also situated on an island in the middle of a river, so it’d make a nice back-to-back with the Canadian Grand Prix, dont you think?

Yet another awesome American road course (seriously, if there’s another country out there with a better selection of road courses than the USA, we’d love to hear how wrong you are), Road America surely vies with Watkins Glen for the title of America’s best. In fact, there are so many good corners that it’s almost unfair to other circuits.

The Baltimore street circuit had a friggin’ jump on the pit straight. What more do we need to say? Sure, races never actually went ahead with the jump (which was caused by railway tracks crossing the circuit) as a chicane was installed beforehand, but that could always be changed.

After all, if there’s one thing missing from modern F1 it’s a good jump. Who’s the best F1 driver at dealing with jumps? We simply don’t know, and unless we race at a chicane-less Baltimore, we’ll never know.

Of course we were going to include an oval. But not an obvious one like Daytona or Indianapolis, and not a stupidly fast, heavily banked one like Texas Motor Speedway or Talladega. Instead, we’ve gone the 1.25-mile oval of Gateway Motorsports Park.

Why? Well, the first two turns are noticeably different from the last two turns, so it keeps things interesting. The banking is also quite gentle, so we won’t get another Indianapolis 2005 tyre fiasco. And because it’s short, it would theoretically reduce the gulf in performance between power unit manufacturers (sure, it’d still make a difference, but not as much as it would at somewhere like Indianapolis).

It could also be the place to try out some slightly different things. Two-by-two rolling starts? More open tyre strategy? No blue flag rules? A longer race distance? Basically, we want an IndyCar-style race on an oval, but with F1 cars and drivers. Just for a laugh. 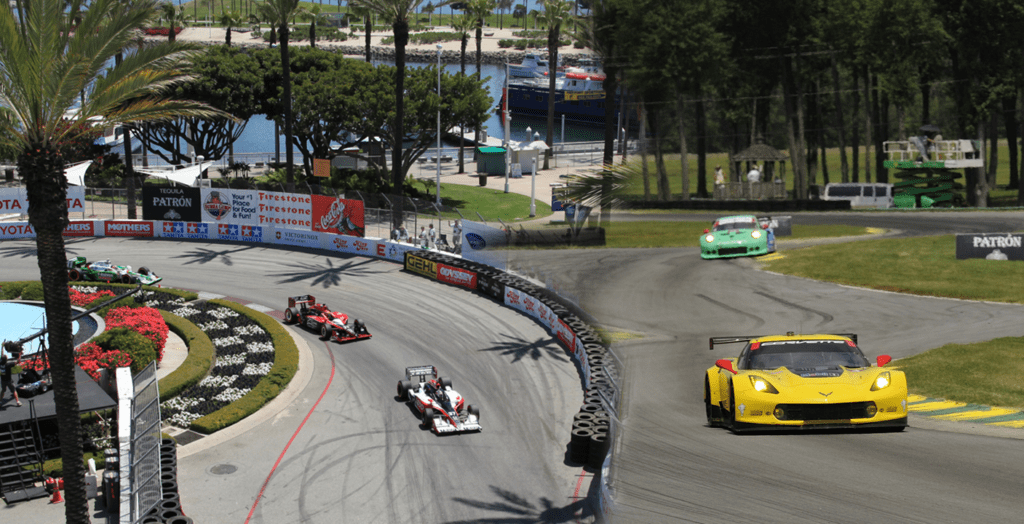