10 Unusual Facts You Might Not Know About The Australian GP

The start of a new season brings with it the usual F1 preview articles, packed full of the same stats and information. That’s not really what we do here.

So, we’ve gone a slightly different route and dug up some of the more quirky, fun and strange facts about the Aussie GP you probably haven’t heard before.

Turn 4 of the Albert Park Circuit deviates off the real-life roads the track uses. Day-to-day when F1 isn’t in town, the corner is actually a car park for sports facilities. So, you definitely don’t want to leave your car there when they’re setting up for the F1 race…

Sun, sea and F1, what could be better? Fans really don’t have far to go if they want to take a break by the coast – it takes around 15 minutes from the main grandstand area to find the beach. Surely that makes it the perfect race for a holiday?

Turning an actual park and proper roads into a F1 track is no easy task. In fact it takes 290,000 man hours to construct the Aussie GP venue in total – from January to March. That’s quite a lot of time, and all for just one weekend.

F1’s move from Adelaide to Melbourne for the Oz GP from 1995 to 1996 meant the country got two races within the space of four months. Adelaide held the season finale in 1995, with Melbourne then hosting the 1996 season opener. F1 overload!

While Australia has produced some incredible F1 drivers, none of them have scored a top three finish at their home event. Of course, Daniel Ricciardo crossed the line second in 2014 but his car was disqualified for a fuel-flow irregularity. Boo. Can that change this weekend?

Quite literally. The 1991 Australian GP is best known for being the shortest race in F1 history, after being stopped on lap 16 of 81 due to heavy rain. Results were declared from lap 14. In total, it lasted just 24 minutes!

The 1995 finale in Adelaide holds a joint record with the 1969 Spanish GP for the largest winning margin when measured in laps. Damon Hill took victory, a whole two laps clear of Olivier Panis. Let’s hope there isn’t a repeat of that this year…

For the nine months or so when Albert Park isn’t an F1 track, or being turned into one, anyone can drive the circuit – well, almost all of it. The vast majority of the layout uses public roads, but a few corners deviate off (like the Turn 4 car park) and re-join the track. If you’re ever in Melbourne when F1 isn’t in town, surely that’s got to be on the bucket list?

Because Australia is so damn far away, it’s a difficult job getting all the F1 cars and team equipment to the other side of the world. It requires quite a lot of transportation… six Boeing 747 freighters and 35 shipping containers, to be exact. 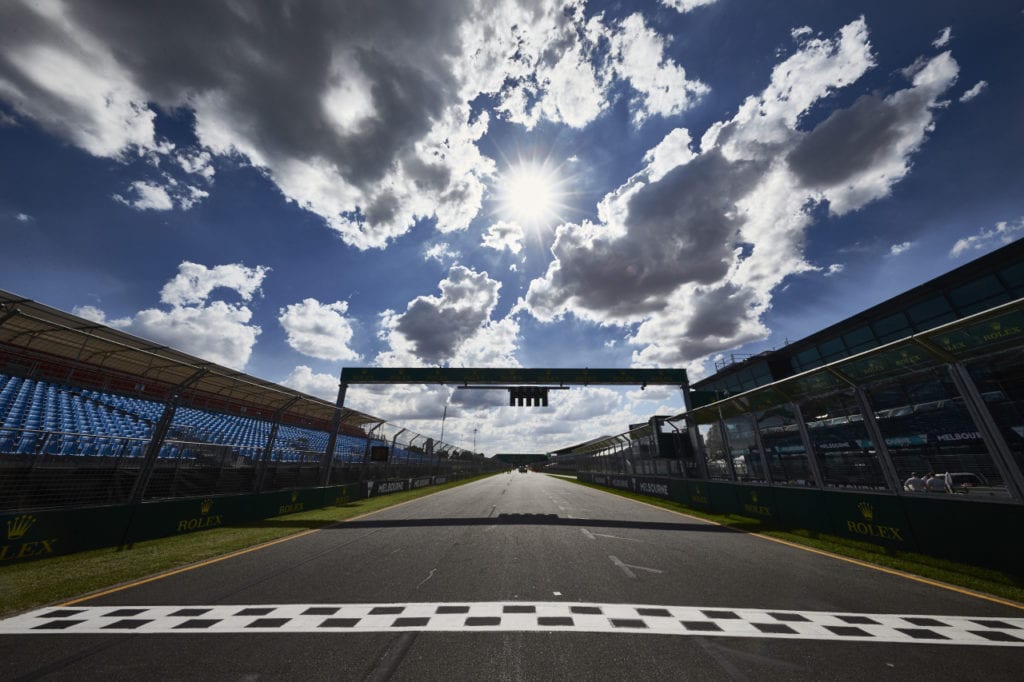