11 Cars Were Eliminated In This Massive Formula Renault Pile-Up

Front row starters Robert Shwartzman and Sacha Fenestraz made it through the first two corners OK, but behind them all hell broke loose.

Max Defourny was spun around by Gabriel Aubry and the chasing pack were powerless to avoid him in something of a dry-weather recreation of the infamous Spa 1998 crash.

The scariest moment came when Frank Bird lived up to his name and was launched into the air, skimming across the top of a couple of cars before coming to rest.

Everyone was OK, but 10 drivers were out on the spot, with another retiring in the pits during the inevitable red flag period.

After the restart Shwartzman cruised off to an easy victory, but for Fenestraz second place was enough to secure him the championship as title rival Will Palmer (yup, Jolyon’s brother) could only manage sixth. 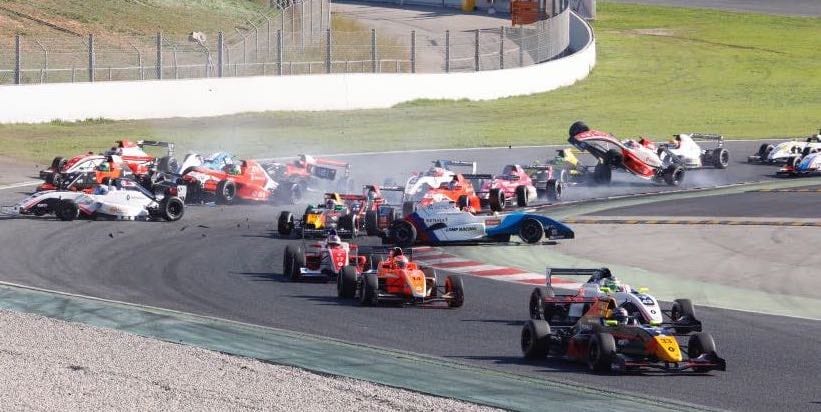