12 Things That Will Definitely Happen During The 2018 F1 Season

Woo! It’s the Australian Grand Prix this weekend! That means we’ll find out whether or not those testing times meant anything, what the reliability of certain teams is actually like, and which drivers have upped their game for 2018.

We’re heading into the unknown, and all the predictions up until this point could be totally wrong. With that in mind, here are 12 things that are definitely, absolutely, 100 per cent going to happen in F1 in 2018.

Getting Renault engines hasn’t solved all of McLaren’s issues, but the team at least looks like it might be a bit more competitive. But things like wheels falling off and botched pit stops in testing show that McLaren is still prone to some of the very ‘McLaren-y’ problems that cost the team even before it had Honda engines. You just know that’s going to cost the team during the season – imagine Stoffel Vandoorne qualifying on the front row, only to be thrown to the back for accidentally having an underweight car. Or Fernando Alonso comfortably leading, only for a mechanic to fall on the front wing during a pit stop and break it.

Sound ridiculous? Well, yes, but remember, this is the team that once left a radiator bung in Jenson Button’s car at Monaco, or left Lewis Hamilton out on track when his tyres were worn through to the canvas…

Since he went back to Ferrari in 2014, Kimi Raikkonen has been pretty meh. But that’s what Ferrari likes in a number two driver, and every year he gets another contract extension – even when he’s struggling to get on the podium whilst his team is winning races.

The combination of Ferrari junior Charles Leclerc racing for Sauber and the fact that Kimi is getting on a bit makes it seem more obvious than ever that this will be his last season, but you know Ferrari. Even if Leclerc ends up winning on debut, the Scuderia will probably play it safe and stick with Kimi for another year, ‘just in case’.

Danny-Ric changed the game when it comes to F1 podiums with the Shoey, but he seems to have retired that activity now, which is a shame. He’s a cheeky chappy though and will still find ways to totally own it on the podium – in Suzuka last year he pinched Lewis Hamilton’s phone and infiltrated his Instagram stories.

What will he do this year? Drink from his hat? Do the worm? Take off his overalls and use them as a skipping rope? It’s the most anticipated question of 2018. Assuming he even gets on the podium, that is…

The Halo is one of the most significant rule changes in F1 history, which is why there’s been so much coverage surrounding its introduction. Looking at the new cars throughout testing, your eyes can’t help but be drawn to it because be honest, even if you accept and approve of the reasons for having it, nobody actually likes the way it looks… do they?

It might seem like an insurmountable obstacle, but give it a race or two and we’ll all have completely forgotten about it. Instead we’ll be angry at something else F1 does, like making a bizarre mid-season rule change or a dodgy stewards decision.

It doesn’t seem like Lewis Hamilton can get through a season without making a right hash of things on social media. There was the time he tweeted his telemetry in 2012, the time he pissed off the press by snapchatting through a press conference, and last year his Instagram story and a princess dress ruined everyone’s Christmas.

He’s stripped back his social accounts for this year, but that doesn’t mean that nothing’s going to happen. Even if he accidentally butt-tweets a load of gibberish followed by the aubergine emoji, you just know it’s going to kick up a storm.

Esteban Ocon and Sergio Perez can say that they’ve matured and learned from last year as much as they like, but you just know their relationship is going to descend into chaos again. Ocon knows that a strong season could see him in with a shout at a Mercedes seat, whilst Perez will feel that beating someone as highly-rated as his teammate could see him in the frame for a promotion to a top team.

With so much at stake, you can bet that if they meet each other on track they won’t be happy to just stay put for the good of the team, even if that means getting a bit dirty with each other. Force India can only hope that increased competition from other teams will mean that other cars keep can keep the drivers apart so the team doesn’t have to.

You’ve got to love Jacques Villeneuve. The 1997 champ isn’t afraid to speak his mind and though he speaks sense sometimes, there are other times where you wonder if he’s even watching the same sport as the rest of us. Whatever controversy happens this year (it’s F1, there will be controversy), you can bet JV will be there to give his considered and reasoned opinion. Especially if it’s something about Lance Stroll.

Track limit discussion crops up every year and the FIA is taking steps to police it, but there’s one race where you might have to mute the TV if the very phrase ‘track limits’ gets you triggered – the French Grand Prix.

With miles of tarmac runoff and very little in the way of kerbs, stewards are either going to have to let drivers off or come down hard on anyone who takes advantage. However, you can bet that we’ll just end up in this awkward middle ground where sometimes it’s OK and sometimes it isn’t, and everyone will leave the race a little bit confused and/or angry about some decisions. In fact, this would be the perfect thing for Jacques Villeneuve to have an opinion about!

Since he joined Ferrari, Sebastian Vettel having a good old moan over team radio seems to have become almost mandatory. Whether he’s getting frustrated at the lack of blue flags, complaining about Hamilton apparently brake testing him, or just flat-out swearing at the race director, we all love his moments of ‘team rage-io’. The only question is: what will he get angry about this year?

In the cutthroat world of F1 teams will do pretty much anything to gain even the tiniest advantage over each other, whether it’s by pestering stewards for a rival to get a penalty, or voting for rule changes which benefit themselves over the greater good. However on Twitter, F1 teams are as friendly as you like to each other.

These two attitudes don’t mix, and you just know that even in the middle of any major dispute the cheery tweets will carry on regardless. ‘Sorry we voted for a rule change that made your team bankrupt Force India, but here’s a flamingo gif to show the public we all love each other really’.

Lance Stroll and Sergey Sirotkin simply cannot win this season – and not just because they’re driving for Williams. Whatever result they achieve, no matter how good or bad, there are always going to be comments that Robert Kubica would have done better.

Sure, we’d all have loved to see Kubica return to F1 this year, but he hasn’t. And sure, there’s a chance that he might have been a better choice, but for all we know Ferrari might have won both titles last year if it had replaced Raikkonen with Marcus Ericsson. The point is that we don’t know. The only thing we know do is that Stroll and Sirotkin will get no recognition, even if they’re brilliant.

Reducing the number of engines a driver can use per season from four to three of this year hasn’t been a popular move. Last year several teams took penalties for using too many components, something that looks even more likely this year with the tighter restrictions and an extra race.

Of course engine manufacturers will have worked on the reliability, but there’s already been talk of some teams taking tactical penalties throughout the season to ensure that they don’t get to the last few races and end up having to start the last few races from the back because of engine changes. It could be a messy situation, so expect there to be plenty of moaning about it – well, apart from Mercedes, who’ll undoubtedly cruise round all year enjoying bulletproof reliability and wondering why everyone is complaining. 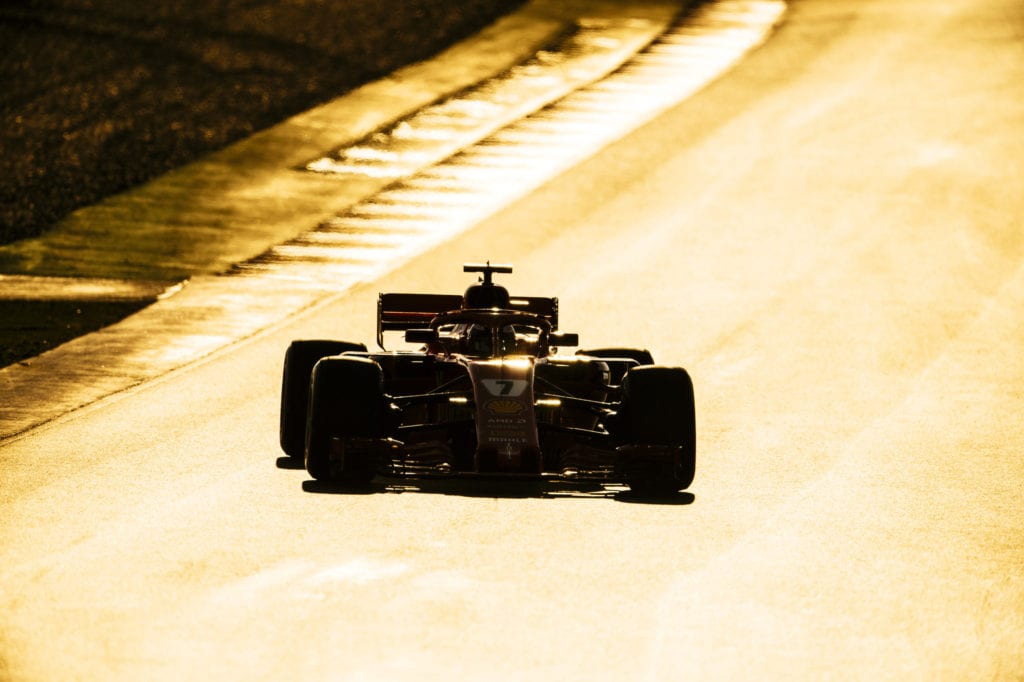