Juju Noda – daughter of former F1 driver Hideki Noda, who drove in three races for Larrousse in 1994 – first made headlines a couple of years ago. In a private test session at the Okayama circuit in Japan, she reportedly broke the Formula 4 lap record by almost a second while aged just 10 years old.

Naturally, that sent the hype train off the rails and she was already being touted as a great future F1 talent, especially as she’d been testing cars since the age of nine and had won several national karting events. However, her testing achievements needed to be taken with a huge fistful of salt as there are so many variables in a private test session – tyres, track conditions, the legality of the car – that beating a lap record by a second probably doesn’t really mean anything.

The real test would come when Noda made her competitive car racing debut – and at age 14 she has done just that, competing in the opening round of the Danish Formula 4 championship at the Jyllandsringen… and she won.

First race of the year, debut in Europe. RACE WIN!!

She qualified second, was promoted to pole when Conrad Laursen had his best lap deleted for ignoring yellow flags, and ended up taking a reasonably comfortable victory.

She started eighth in a reverse grid race two and made it up to third, only to be disqualified for a tyre discrepancy, and in race three went from 12th on the grid to fourth by the end. She currently sits fourth in the championship and without her disqualification, she would not only have extra points, but would have had a better grid slot for the third race and potentially have finished high up enough to actually be leading the championship.

That all sounds incredibly impressive for a 14-year-old from Japan who’s not only racing in Europe, but making her car racing debut in the process. So, is the hype train back on schedule? Errm, not quite.

Despite being an official FIA F4 championship, Danish F4 isn’t a particularly big series – just six of the 18-car field are in F4 machinery (the rest are in Formula Ford-spec cars, known in the championship as F5). Series such as the Italian F4 championship regular feature fields of more than 20 cars and theoretically have a deeper pool of talent.

And while Noda’s weekend was very promising, the same could be said of her rivals. Championship leader Conrad Laurson is in his first car-racing weekend as well, while race two winner Sebastian Ogaard only has six F4 races from last year under his belt.

Taking that into account, yes, Noda’s weekend was impressive and certainly shows that the reputation she already carries certainly wasn’t unfounded. However, one race weekend is far too early to confirm or deny that she’s already got a one-way ticket to F1 (especially as it’ll be at least another four years before she’s even old enough for a super licence).

Now, if she goes and wins every race during the rest of this season, maybe we can start to ramp up the excitement again. She’s still definitely one to watch for the future, but for now, the hype train remains in the station. 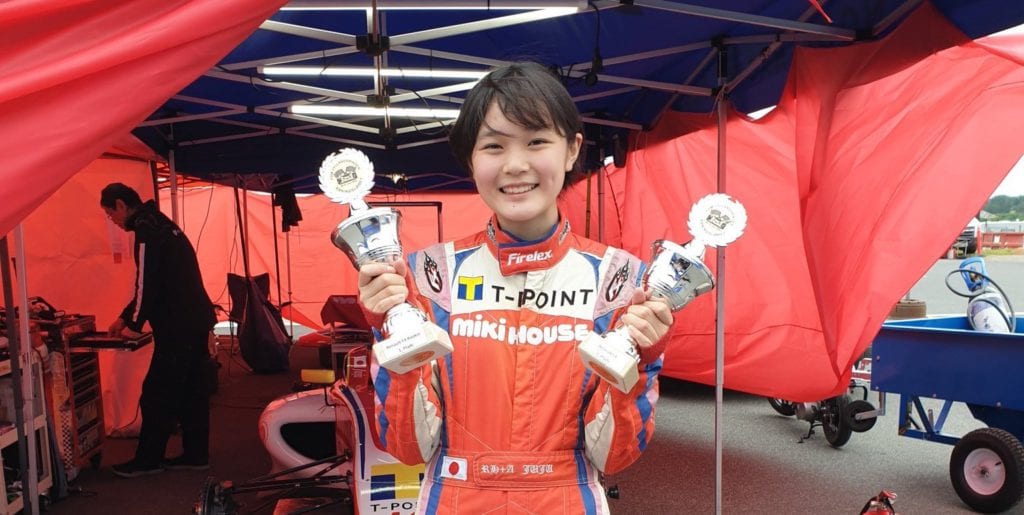