18 Cars Were Damaged In This Monstrous Nascar Crash At Talladega – WTF1
Skip to content
×
Crash , Nascar

18 Cars Were Damaged In This Monstrous Nascar Crash At Talladega

It took until the final 30 laps but it was only a matter of time the Nascar Cup race at Talladega would feature a massive crash.

Chase Elliott was spun around by AJ Allmendinger on the back straight, with both cars sliding across the track and sparking the biggest crash of the race.

According to Nascar, 18 cars were damaged in the crash and resulting mayhem, although a few were able to make the restart when the race eventually resumed.

It was a scary shunt, nonetheless, with Elliott’s car flying into the air, almost landing on its side at one point, as rivals piled into the carnage. Ouch…

Two further cautions mixed up the order and it was polesitter Ricky Stenhouse Jr who snatched the lead away from Kyle Busch on the last lap to claim his first Cup victory. 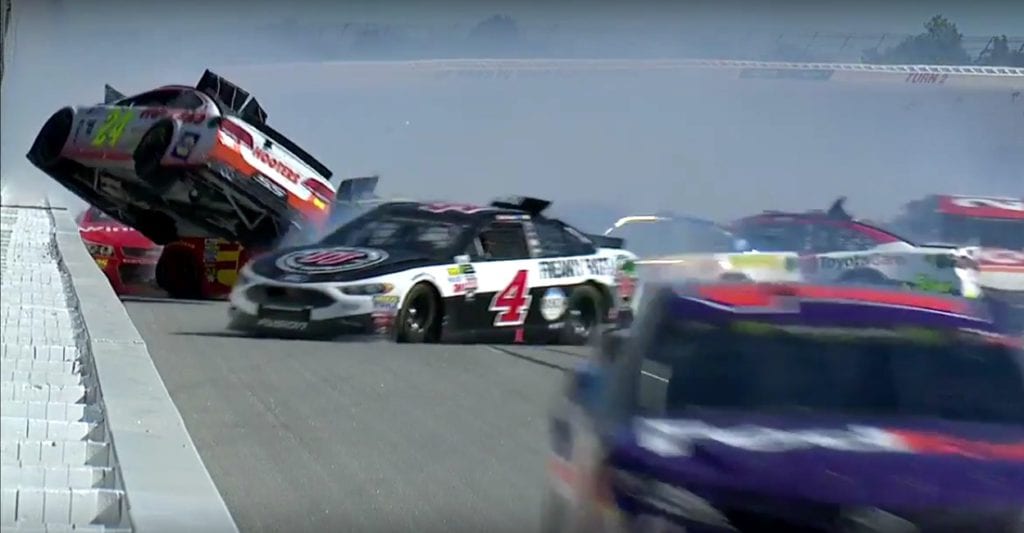