18 Cars Were Involved In This Massive Nascar Crash At Daytona – WTF1
Skip to content
×
Crash , Nascar

18 Cars Were Involved In This Massive Nascar Crash At Daytona

With rain threatening to cut the race short, drivers were being particularly pushy in their attempt to be in the lead – and therefore win the race – if and when the race was stopped.

When Dillon got into the lead, the No.14 of Clint Bowyer attempted to slipstream his way ahead – Dillon wasn’t having any of it and showed just why many sports heavily frown upon reactionary defensive moves – or blocking, as it’s more commonly known in the States.

18 cars were involved in the wreck one way or another, but the two drivers who caused it were kinda chill about the whole thing – Dillon said it was “real unfortunate” while Bowyer, despite saying it was “foolish” to defend like that, simply chalked it up as “just part of racing like this.”

To add insult to injury, the race was stopped due to the weather just a few laps later, with 20-year-old Justin Haley – in just his third Cup race – in the right position to be declared the winner when the race didn’t restart. 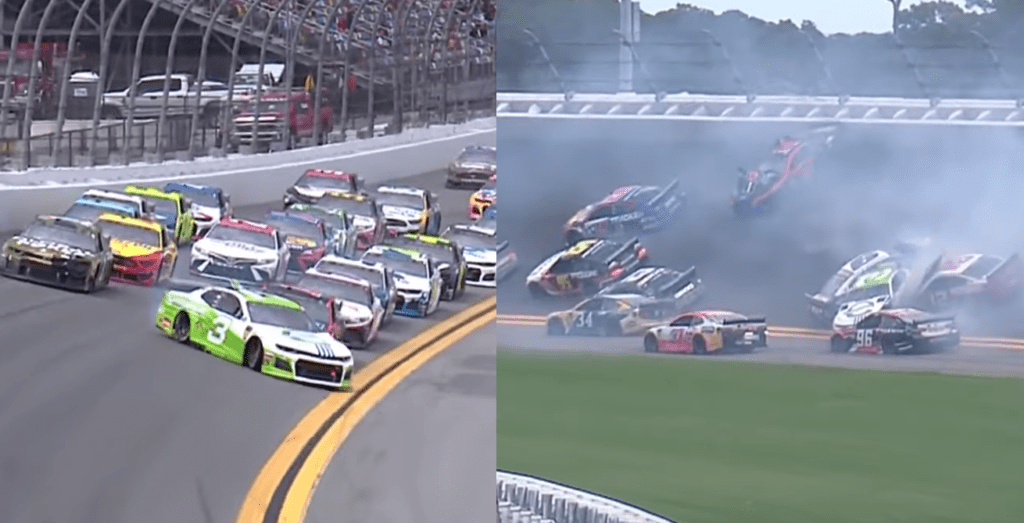