All Of The 2020 F1 Car Liveries, Ranked From Worst To Best [Updated]

The 2020 grid has a lot of similarities to last year, with most teams opting for subtle livery changes – some with more success than others. We’ve also been blessed with a couple of special testing liveries to throw into the mix.

So, without further ado, please enjoy as I have a nice big rank.

Into the fourth year of pink cars from the team and unfortunately, this is the worst of the lot. It just seems like no thought has been put into the design of it whatsoever I’m really missing the blue of SportPesa, which worked really well on last year’s car. Here’s hoping the Aston Martin tie-in next season can inject a bit more flair into things.

It’s cool that Alfa went with a Valentine’s Day-themed livery for its shakedown again, but it’s not a patch on last years effort. The scaly details are quite cool but overall, it’s just a bit plain. And it looks like a McLaren from 2016.

I’m really glad that Williams has made a change from last year and on first impressions, this revamp really looks the part with the Rokit red (not to be confused with McLaren’s rocket red from a few years ago, which was more of an orange) and an utterly gorgeous shade of blue. The problem is that the front and the back look like two different liveries pushed together – and not in a cool way like the 1999 BAR. It’s still a pretty decent-looking car, and the only reason I’ve put it so low down is simply that I think other cars look better.

We’re still loving the matte red with black accents that we first saw last year, when I ranked it as the second-best livery on the grid. So, why so low this time? Unfortunately, it’s the numbers.

Using the same font Ferrari used in the late 1970s and early 1980s when Gilles Villeneuve was driving for the team, the initial reveal made me feel all warm and gooey inside. Sadly, having seen it on track, I don’t think the retro style looks right on a modern F1 car. At all. I’m really missing the cool numbers that last year’s car had and it’s amazing how such a small change can have such a drastic impact on how I view the rest of the car.

Although the it looked slightly odd, I was beginning to grow fond of the clashing livery of the FW42 when the team announced it had split with Rokit and would have a new livery at the start of the season.

Thankfully, the new livery is actually a bit better. Yeah, there’s probably a bit too much white space, but that dark Williams blue with the black sponsors actually make it look rather smart.

Maybe you’re shocked to see this so low, maybe you’re not. Don’t get me wrong, this is a beautiful livery. The monochrome dark blue and white and the way the logo drapes over the engine cover is magnificent. But it only works in the studio shots. But on track, unfortunately, it just looks like a white car. To make matters worse, the livery it’s replaced was, in my opinion, one of the best of all-time.

The simple blocks of black, white, and red make that the Haas one fine looking machine, and is proof that you don’t need to have bright colours and crazy designs to be a good livery. I was all set to put this in the top three, but unfortunately from the side and rear angles, there is perhaps a bit too much white.

‘There’s no camo livery’, ‘it’s the same as last year’, ‘Ctrl+C, Ctrl+V’. Just some of the comments being thrown around when Red Bull revealed the RB16 to a disappointed fan base. But what did you really expect? Red Bull is one of the world’s best-known brands with a very well-defined image and it was always going to be the same. When the team did a subtle revamp of the colour scheme in 2016 they ended up with a livery that’s surely going to go down as a classic.

Just like Red Bull, Renault is sticking to its identity with the traditional Renault mixture of yellow and black. It’s such a good livery, so why try to fix something that isn’t broken?

It was a gem when we first saw this livery in 2019 and its a gem now. There are some subtle changes from last year with the extra red running down the nose and the white streaks on the engine cover, both of which look great. I’m still undecided as to the whether the Orlen logos on the sidepods improve things by filling an empty white area, or spoil it by adding clutter and being a slightly different shade of red, but I’m leaning towards the former.

McLaren won last year’s poll, so I was a bit disappointed to see that they’d made some subtle changes. However, the matte paint and contrast between the blue and the orange looks superb, with the black elements almost giving the livery a cel-shaded effect.

Is it as good as the 2019 car? Not quite – I miss the fragmenting triangles and preferred last year’s numbers – but its very close.

F1 cars that are almost entirely black look really cool – the 1998 Arrows A19 being the best example (and is one of my favourite cars). Renault has run black test cars the past, but this is on another level. The glossiness of all the black areas just makes the car look so mean; the whole thing exudes aggression. The smattering of white sponsors looks great, and then you have that pop of bright yellow with the number – which uses an absolutely superb font.

Usually, I like a testing livery for the novelty, but am glad to see the return of the proper one for the race. Not in this case. Even though the race livery is superb, I really wish Renault stuck with this.

This is it. This is the one. Out of nowhere and just a week before the first race of the year, Mercedes revealed this spectacular revised black livery for the season. The way the subtle amount of turquoise pops is just magic, and the red flashes works way better that it did on the old silver one.

Forget best livery of the season, this might be up there as one of the best liveries ever. And the fact that it’s being done for a very worthy cause only makes it better.

This article was originally published on 25 February 2020 and updated on 29 June 2020 to reflect the new liveries for Williams and Mercedes. 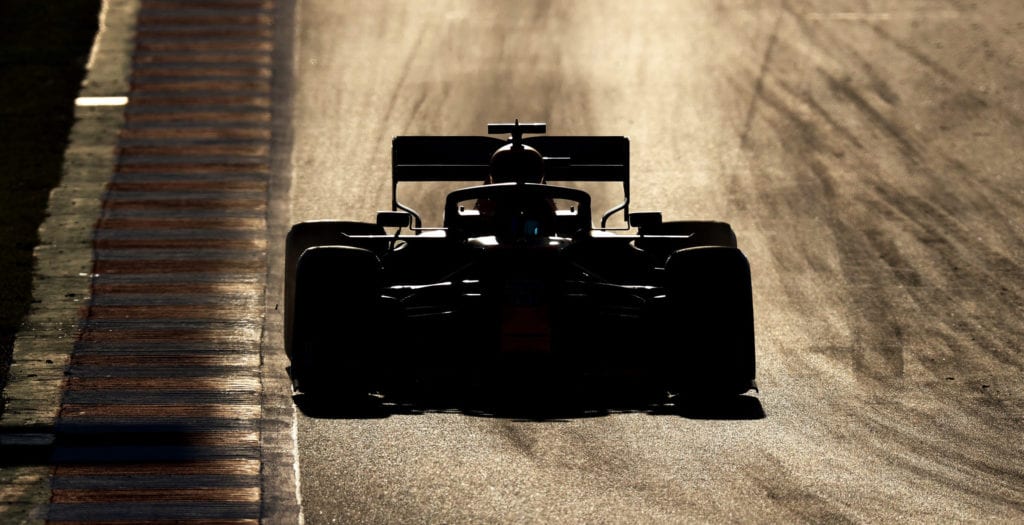