IndyCar driver Robert Wickens has been confirmed as “awake and alert” after a truly terrifying crash at Pocono Raceway during the ABC Supply 500 IndyCar race.

The Canadian made contact with Ryan Hunter-Reay, which resulted in Wickens’s car being launched into the air and into the catchfencing.

James Hinchcliffe, Takuma Sato and Pietro Fittipaldi were all caught up in the aftermath of the crash.

IndyCar vice president of communications Curt Cavin said that Wickens was “awake and alert” and has been airlifted to Lehigh Valley Hospital.

An onboard from Hunter-Reay’s car shows just how lucky he was too, as Wickens’s car flies just over his head.

This is scary how close Robert’s car was to hitting Ryan’s car… Watch the spinning car take out the camera pod at the top left. I love Indycar racing, but man everytime I attend a race or put it on, someone always gets hurt pic.twitter.com/jPc9LTmd77 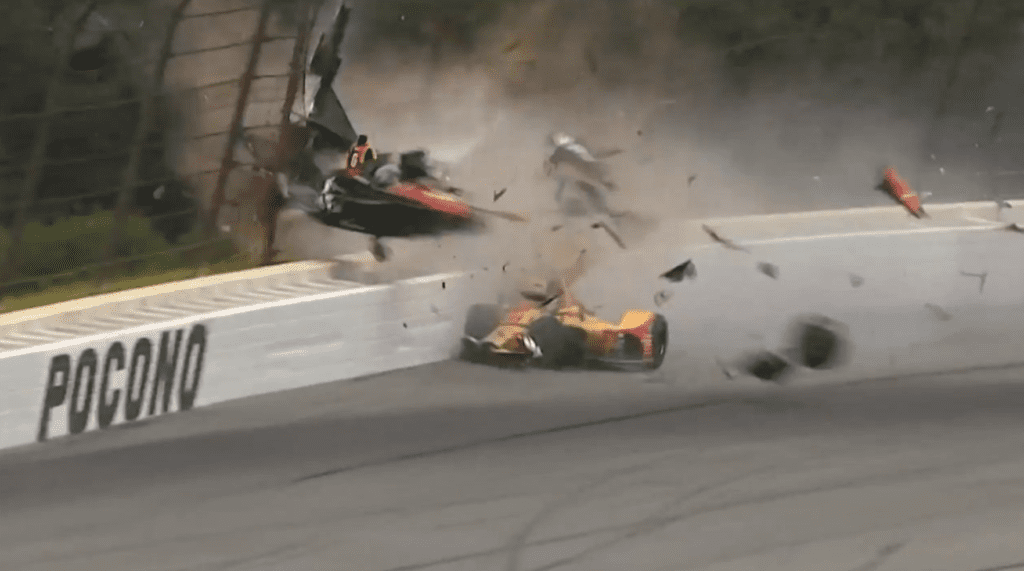