Recently, F1 drivers haven’t even been spraying champagne on the podium, it’s been sparking wine from Chandon (one of McLaren’s sponsors, if you weren’t already aware).

Well, champagne has returned to F1 with the sport announcing a new multi-year deal with premium champagne maker Carbon, which has become the official F1 supplier.

It’s one of the first commercial deals from F1’s new owners Liberty Media, with drivers now spraying $3000 champagne magnums on the podium.

Actually, Carbon champagne was used at the Monaco GP, as a first trial – with gold, silver and bronze labels on them, for the top three finishers.

Well, now, the big F1 deal has now been finalised and announced, so these expensive champagne bottles will remain on the podium and we’ll probably see the Carbon logo a lot more.

Part of the reason why Carbon bottles are so expensive is that they are each dressed in a thin layer of real carbonfibre.

So, if you get a top three result, you’ll have a slightly more special champagne bottle to take home with you.

The champagne itself, however, will mostly just go to waste being sprayed on the podium, and probably poured into sweaty race boots.

Well, now Daniel Ricciardo’s got a new excuse to do another shoey – right? Perhaps Patrick Stewart will make a return to do another one. 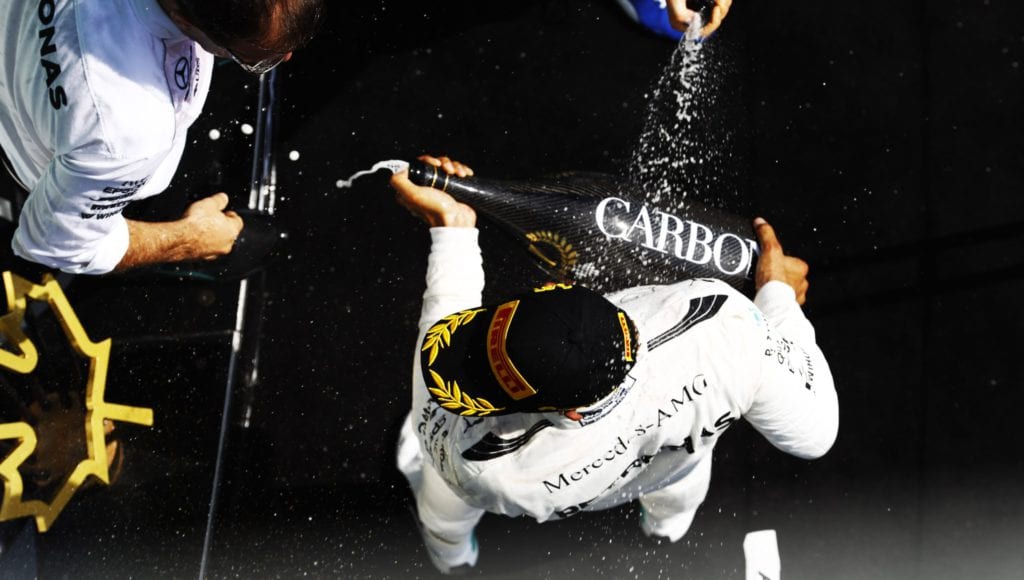