4 Challenges Robert Kubica Will Face In F1 Next Year

The popular (and seriously talented) Pole’s return to the sport is one of the biggest feel-good stories in F1 in years. To get to this place he’s had to overcome the physical and mental limitations of the near-fatal crash which left his right arm with severe injuries. Indeed, from watching footage of him driving an F1 car, you’d think his arm remains a big problem as at times he appears to be driving almost one-handed.

Kubica himself has said that instead of using his injured right arm to push the wheel in tight left-handed corners, he uses his left arm to pull the wheel. That’s resulted in a technique that means he now drives “70 per cent left-handed” which has actually made his left arm stronger and more precise.

It’s an unusual technique but racing drivers are forever having to adapt their driving style (albeit not as dramatically) to deal with the myriad small changes in rules and regulations that happen every year in F1. Kubica’s adaptation will have been a challenge, sure, but it appears to be one that he’s more or less already overcome – if he hadn’t, then he wouldn’t be an F1 driver again. Instead, here are four other challenges he’ll face in 2019.

When Kubica starts the 2019 Australian GP, it will have been eight years, four months, and four days since his last race. That’s a huge amount of time, but it’s not actually the longest gap between races – Pete Lovely (eight years and 10 months), Luca Badoer (nine years, nine months and 23 days) and Jan Lammers (10 years, three months and 22 days) have all had to wait longer. None were coming back from such a serious injury, however – and with all due respect, none were perhaps quite as highly-rated as Kubica is.

Even so, making a comeback after time away is not an easy business. Michael Schumacher was rarely more than an also-ran when he came back with Mercedes after three years out and Nigel Mansell was frequently off the pace in his repeated comebacks in the mid-1990s.

One comeback success story is, of course, Niki Lauda. He not only returned to the cockpit six weeks after nearly being burnt to death in 1976, but won the title the following year. Then, after spending two years out of the sport, returned to add a third world championship. As comebacks go, Lauda is surely the one Kubica – and, frankly, any other driver making a comeback – will be hoping to emulate.

It would be one thing if Kubica had a respectable journeyman or mediocre pay driver as his new teammate. Instead, he’s going up against someone whose junior career puts them firmly in the category of ‘future world champion’ – George Russell.

The 20-year-old Brit has dominated F1’s two premier feeder series, GP3 and Formula 2, winning both in his rookie season. In fact, his career so far mirrors that of Charles Leclerc – and his first F1 season for Sauber was so impressive it’s earned him a promotion to Ferrari for 2019. Russell has similarly sizeable connections and is a part of Mercedes’ driver programme. The message is clear – the team that’s won the last five championships thinks Russell might be good enough to become a part of it in the future.

That’s an enormous challenge for Kubica to be up against. It seems obvious to say, but being beaten by him is not an option. If Russell turns out to be as good as expected and Kubica can at least match (or even beat) him then that will reflect well on the Pole. If Russell is consistently stronger, even only by a small margin, then Kubica might struggle to find a seat for 2020 – there are plenty of talented youngsters teams might prefer to take a punt on ahead of a driver in their mid-30s who’s merely ‘solid’.

Anyone watched F1 in the 1990s will remember Williams winning pretty much everything. Even in the 2000s, we were treated to the occasional bit of magic from Juan Pablo Montoya as he took it to Schumacher and Ferrari. Hell, even a few years ago you had Felipe Massa and Valtteri Bottas regularly scoring podiums for the team.

But in 2018, Williams was in a bad place, with the FW41 regularly propping up the bottom of the timesheets. A fundamental issue with the aerodynamics and cooling of the car essentially proved unsolvable and meant that Williams endured its worst-ever season in its 41-year history. Williams is also currently without a main sponsor, its deal with Martini coming to an end this year.

It’s not the ideal situation for Kubica to be returning to, though there are some silver linings. The team’s technical chief is Paddy Lowe – a man who helped pen some of Mercedes’ championship-winning cars – and with the problems of this year’s car seemingly known and understood, you’d think that next year’s car should have a better baseline to work from. It’s not like things can get much worse!

Kubica has already spent this year working with the team as a reserve and development driver, so he’ll at least have the advantage of having some idea of what has been going on. If Williams can leap back into the midfield, he’ll have ample opportunity to try and prove himself. If the team is stuck at the back again, 2019 could be a long year.

It’s remarkable enough that Kubica is back racing again after his injury. But the reason why the story is making everybody so excited is because up to now, he was one of Formula 1’s great lost talents. When he raced in F1 between 2006-2010, Kubica was touted as a driver of the calibre of Lewis Hamilton, Sebastian Vettel and Fernando Alonso. Those three even said it as much themselves, and they should know – Hamilton and Vettel came up through the junior ranks with him. The teams knew, too – before his accident, Kubica had signed a deal to race with Ferrari.

On top of that, Kubica was the first (and so far only) Polish F1 driver. As a result he has an enormous fan base in his home country (and globally), all pinning their hopes on him. Pretty much everybody saw him as a future champion. Even if few people expect him to pick up exactly as he left off, that’s a huge reputation to try and live up to for any driver, let alone one who’s missed eight years of his F1 career through injury.

It will require a special kind of mental fortitude to overcome. The ‘lost’ part of his career is something he’s already admitted struggling with, saying a couple of years ago:

“I left Formula 1 in an unusual way, I finished my career when people didn’t expect me to. When I had my accident, I had so many positive messages but on the other hand I shut down and turned the page because it hurt. It hurt because I have good memories from travelling the world.

“For me, to come to [an F1 track] even [a few years] ago, wouldn’t have been possible mentally, it would have hurt too much.”

It’ll be a real test of his mentality should he find any aspect of the sport a struggle. As a racing driver, that’s something you’d expect him to overcome – drivers have to cope with managing their head all the time. But as a human, it’s a much more complex scenario.

Motorsport fans are overjoyed to see him back at the top. Let’s just hope he can get as much out of the experience as we all will. 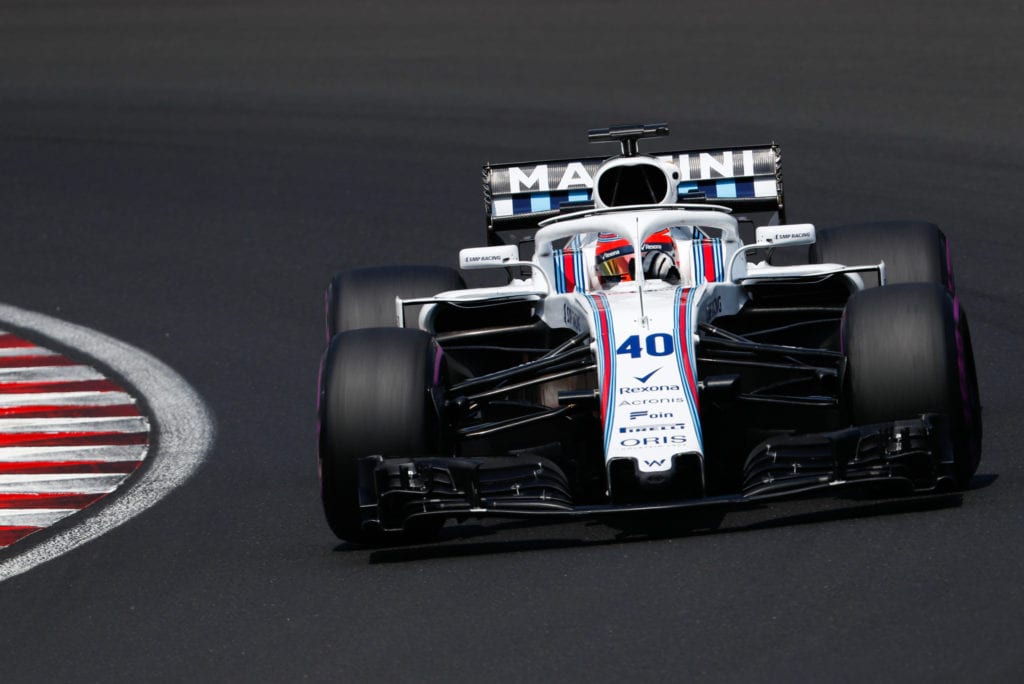