Usually, Ferrari likes to hire world champions, or at least drivers with strong records of winning races. Taking a punt on younger or less experienced drivers is something that was traditionally done by the likes of Lotus, McLaren, and Williams, or more recently, Red Bull.

But Leclerc and Sainz are different. A couple of years ago, it would have been an impossible line-up to imagine – not specifically because of who they are, but because Ferrari seemed happy to let Sebastian Vettel spearhead their attack while continuing to give one-year extensions to a Kimi Raikkonen who was long past his best, simply because he fitted nicely into Ferrari’s mould for a number two driver.

But this is the new, risk-taking Ferrari – and there are a few stats about their 2021 drivers that show just how much of a break from the norm Sainz and Leclerc are.

In the announcement of Sainz, team principal Mattia Binotto said that it meant the 2021 line-up would be “the youngest in the past 50 years of the Scuderia.”

At the start of 2021, Sainz will be 26 and Leclerc 23. At the start of the 1970 season, Ferrari had a 25-year-old Jacky Ickx… and that was it. Ferrari only entered one car for the first three races in the year. Later on, Ickx was joined by 28-year-old Ignazio Giunti and 30-year-old Clay Regazzoni.

It was a similar story the previous year – 26-year-old Chris Amon did the first half of the year, with 28-year-old Pedro Rodriguez taking over in the second half.

With a combined age of 49, Leclerc and Sainz won’t be the youngest Ferrari pairing, though. In 1968, Ferrari had both Ickx and Amon as drivers, and they had a combined age of only 47 at the first race of the year.

Unless Leclerc can win the title in 2020, Ferrari will enter next season without a world champion in either of its cars. The last time that happened was when Kimi Raikkonen and Felipe Massa drove for the team in 2007. Of course, that season ended with Kimi winning the title, so it could be a good omen.

Before that, the last time Ferrari had two non-champions in the car was when Mika Salo subbed for Michael Schumacher alongside Eddie Irvine during 1999. Before that, there was the title-free line-up of Jean Alesi and Gerhard Berger from 1993 to 1995. A Ferrari without a world champion is a very rare thing over the last 25 years…

Unless the season ends up being completely cancelled, it’s unlikely that we’ll go the whole year without Charles Leclerc winning at least one race (and hey, you never know, Sainz might win one too).

But whatever happens, at the start of next season, Sainz and Leclerc will have a very low combined tally of wins compared to past Ferrari teammates. For instance, when Massa and Raikkonen lined up on the grid in Australia in 2007, they’d managed 11 race wins between them (a more than reasonable amount for a pair of non-champions) but instances of Ferrari teammates starting a season with only a handful of combined victories are incredibly rare. Since 1980, there have only been four occasions where Ferrari drivers have started a season with fewer than five wins between them:

That means that unless Leclerc can win more than a handful of races in 2020, next year will see the least successful driver line-up that Ferrari has started a season with for almost 30 years.

So, we’ve established that Ferrari rarely has a team without a world champion in it, or at the very least has a pair of proven race winners.

But what’s remarkable about Sainz and Leclerc is that between them, they had scored just one (1) podium before they joined the team (it’s also symptomatic of how difficult it is to finish on the podium in modern F1). And unless the 2020 McLaren is a beast and Sainz can get some more silverware, it’s a fact that will remain true as Leclerc didn’t finish in the top three during his single non-Ferrari season for Sauber in 2018.

This is a remarkable stat in the context of Ferrari. Here’s a list of other Ferrari drivers from the last 40 years who’ve raced for Ferrari having scored no more than one podium in their career up to that point:

Take away the subs, and you’re left with just two drivers – Massa and Irvine – who joined the team with such a lowly record of result. Add in Leclerc and Sainz and you realise that Ferrari has done something twice in the space of two years that they’d previously only done twice in the space of 40 years.

Actually, it’s the last 46 years – again discounting substitutes, the next driver on the list would be Niki Lauda, who was signed by Ferrari in 1974 off the back of not only having never scored a podium, but only having one points finish.

For all of its history, resources, and sheer size, it’s remarkable that Ferrari hasn’t won a title of any kind since 2008. A policy of hiring multiple champions and experienced race winners clearly hasn’t worked and it was refreshing to see Ferrari change tack last year by hiring Leclerc. The real surprise, however, is to see the team follow through on that philosophy by hiring Carlos Sainz to join him.

It may not work out, and that elusive championship may not happen for years to come. But this very much feels like the beginning of a new era for the team. Whatever happens, you won’t be able to blame Ferrari for not trying something different. 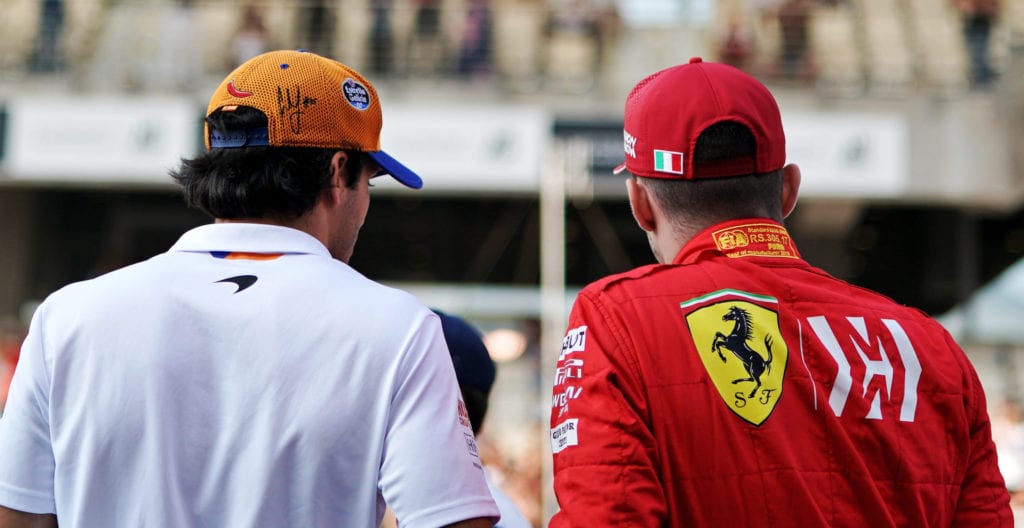