Lewis Hamilton clinched his sixth championship, Mercedes has won the constructors’ title for the sixth year in a row, and Valtteri Bottas’ commanding win in Austin also guaranteed him a career-best second in the championship.

So, what exactly is there to get excited about in the last two races, beyond the hope of them actually being entertaining? Here are a few championship battles further down the order which are far from being resolved.

Charles Leclerc currently sits 14 points ahead of Max Verstappen and 19 ahead of teammate Sebastian Vettel is staring down the barrel of getting to go to the FIA Gala as one of the top three finishers in the championship. He’s had a number of accidents this season – both of his retirements were down to driver error – but also lost out on the win in Bahrain due to a car problem. He’s been on imperious form since the summer break, though, and if Ferrari is strong in Brazil and Abu Dhabi then he’ll be the favourite to end the season third.

Vettel also has two non-scores due to his own mistakes, but has also suffered much worse reliability. As well as dropping out of two races with mechanical problems, two of his qualifying sessions (Austria and Germany) were also spoiled by car issues. Leclerc seems to have got the upper hand on a Saturday but in the races, Vettel has probably been ever so slightly stronger. Even so, beating him in the races might not be enough to pinch third unless Leclerc has a bad weekend.

Then there’s Verstappen. The driver of the season until the summer break, a slight slip back afterwards, the fact that he’s even in with a shout of being third will be a huge boost to Red Bull and Honda.

Who’ll take it?
All three have had their moments of brilliance, clumsiness, and bad luck. Given the slight points advantage and car performance, I reckon Leclerc will take this one. On balance, he probably deserves it the most, too – but only just.

With Alex Albon and Pierre Gasly swapping seats mid-season, it’s no surprise that they’re close in the championship as the season draws to a close. Albon’s time at Toro Rosso was a learning experience as the rookie found his feet in the sport, but since stepping up to Red Bull has made a decent impact. He’s still some way off Verstappen’s ultimate pace, but he racks up points and has been very consistent – indeed, only Hamilton has a longer point-scoring streak at the moment.

Gasly had flashes of promise at Red Bull but ultimately spent too many races struggling to beat McLarens and Renaults, hence the demotion. The Toro Rosso has suited him better and he’s done very well since returning, keeping him in contention to finish sixth.

The real surprise is Carlos Sainz. The guy has been on it at pretty much every race this year, which is why his points tally is almost double that of any other driver in a typically midfield car. Yes, he’s been that good.

Who’ll take it?
Albon currently holds sixth on 84 points, with Sainz on 80 and Gasly on 77. Given the form and the car he’s in, you’d have to say Albon is strong favourite to remain there, but who knows – a retirement or bad race could swing it in someone else’s favour. If Sainz could pinch it, it would be an incredible achievement.

Behind those three, the slightly more traditional midfield battle is really tasty. Daniel Ricciardo currently sits ninth on 46 points, two ahead of Sergio Perez and Lando Norris a further three behind. You could also throw Nico Hulkenberg and Daniil Kvyat in the mix, but they’re a bit too far back to be a factor with the small number of points these guys are likely to be in the fight for.

Ricciardo has been strong in several races this season with fourth at Monza the highlight, but Renault has struggled at a few tracks and isn’t always the best in qualifying. Being disqualified from sixth in Japan dented his points, too.

Perez is always in the fight to be somewhere near the top of the midfield, so the fact he is again shouldn’t be surprising – and yet, somehow, it kinda is. Since the summer break, he’s been quietly excellent, scoring in six of the seven races and generally looking like the Perez who seemed a bit absent in the first half of the year.

Then there’s Lando. He’s had some woeful luck this year, without which he’d probably be comfortably ahead of this lot, if not up there fighting for sixth with his teammate.

Who’ll take it?
This is a really tough one to call. Ricciardo could have one really good race and one not-so-good one; without anymore unexpected misfortunes Norris should have two fairly decent ones; Perez is likely to have a couple of OK ones in a car which doesn’t have the raw speed of the McLaren or the Renault. I don’t know who’s going to come out on top here – but I will predict that two of them will finish equal on points, with the final standings being decided on countback.

Even when the drivers’ title is sewn up you can usually rely on the Constructors’ Championship for a close fight – but that isn’t really the case this year. Mercedes, Ferrari, and Red Bull are set in the top three, McLaren and Renault are a comfortable fourth and fifth (unless something outrageous happens) and at the bottom, it’s hard to see Williams, Haas, or Alfa Romeo bagging enough points to change their positions.

That leaves Racing Point trying to hold onto sixth from Toro Rosso – the current gap is just a single point. It’s an interesting fight, too, because at the moment both teams are being carried by one driver – Perez and Gasly – while Lance Stroll and Daniil Kvyat are struggling a bit and could really do with a result.

Who’ll take it?
My money’s on Racing Point. Perez is usually strong at the end of a season and if one of the races ends up being a bit unpredictable, I’d bank on Stroll sneaking a result ahead of Kvyat. There’s also the reliability factor – yes, the Honda has been good so far this year, but will that continue as the season comes to an end?

In Australia, Haas was not only best of the rest, but didn’t look too far away from the top three. You almost wouldn’t believe that now, would you?

2019 has been a year to forget for the American squad, sitting only ahead of Williams in the Constructors’ Championship. And as much as a points score would boost the team heading into the winter, I don’t really want that to happen. Why? Well, at the moment, Kevin Magnussen has 20 points and Romain Grosjean eight points. In other words, they’ve both scored the same as their race numbers, which is a nifty little stat that I’d quite like to see etched in the record books.

Will it happen?
The formbook says yes, but I’m going to take a punt and say it won’t. The VF-19 has been a huge enigma and so has Grosjean – it wouldn’t surprise me if hit a vein of incredible form out of nowhere at the same time, and he ended up fourth in Abu Dhabi or something ridiculous. That would really lead to some head-scratching during the off-season.

Who do you think will come out on top in these battles, and are there any other scraps you’ll be keeping an eye on during the last two grands prix? 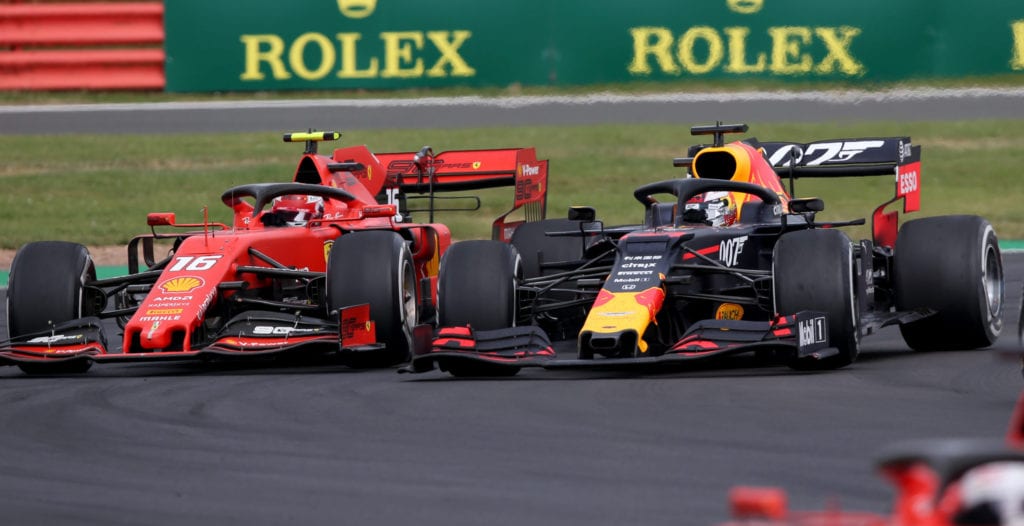