With the real Le Mans pushed back to 19-20 September, the ACO has decided to fill this weekend (when it was originally scheduled for) with a virtual replacement. The race, taking place on rFactor 2, will have two classes – LMP2, and GTE.

Interestingly, the organisers have decided to adopt a bit of a ‘Pro-Am’ approach to the entire field. To prevent a team of crack sim racers from walking away with it, each team much feature at least two real-world racing drivers. The result is that over 100 names from across the world of motorsport will be competing in the same race – and there are some serious names in the line-up, including five current Formula 1 drivers.

Lando Norris and Max Verstappen are competing for Team Redline alongside Atze Kerkhof and Greger Huttu in what is surely one of the favourites for the outright victory. Pierre Gasly has joined Jean-Eric Vergne’s Veloce team, and Charles Leclerc and Antonio Giovinazzi are representing Ferrari in the GTE class.

There are even a couple of F1 champions in there. Fernando Alonso, the man who’s proven to be almost unbeatable in the Legends Trophy, will be racing alongside Rubens Barrichello, with Jenson Button joining forces with GT racer Al Buncombe.

There are plenty of other big names, too. Two of the best drivers in recent years not to make it to F1, Antonio Felix da Costa and Felix Rosenqvist, will partner up in the LMP2 class (and with Rudy van Buren and Kevin Siggy as teammates, they’ll be a tough team to beat).

IndyCar legend Tony Kanaan is racing, as is reigning IndyCar champ Simon Pagenaud as one of Montoya’s teammates at Penske. The all-female line-up of Katherine Legge, Sophia Floersch, and Tatiana Calderon are joined by ace sim racer Emily Jones, and it’s great to see the recovering Robert Wickens in the field – especially as one of his teammates is Jimmy Broadbent.

Wherever you look throughout the field, there’s a big name. Each class has multiple teams that seem likely candidates for victory and, with the equal cars in LMP2, it’s probably going to be a seriously close race.

The race starts at 15:00 CET on 13 June and will be broadcast on the FIA WEC and 24 Hours of Le Mans YouTube channels. 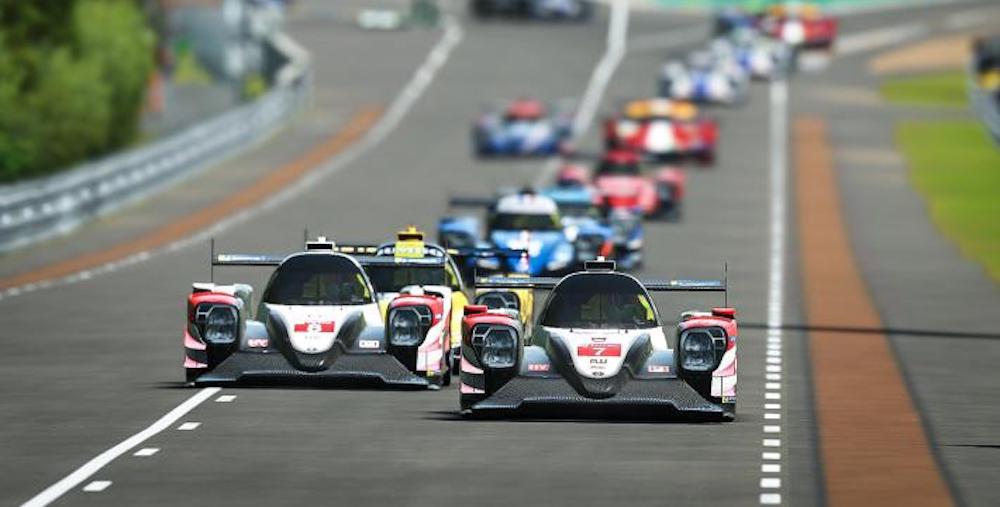