5 News Stories You Might Have Missed Over The Christmas Break – WTF1
Skip to content
×
Formula 1 , News
3 comments

5 News Stories You Might Have Missed Over The Christmas Break

If like us you spent most of your Christmas holidays stuffing your face on mince pies, binging your entire Netflix watch list and spending some time away from social media, these are some of the F1 news stories that you might have missed from the last week.

F1 PRACTICE SESSION WILL BE SHORTER

F1 confirmed in their latest edition of the regulations that the two Friday practice sessions, FP1 and FP2, will be shortened from 90 minutes to 60 minutes from 2021. This will come into effect at all races.

With Saturday’s FP3 running remaining the same with an hour-long slot, it means practice on a race weekend will go from being four hours to three.

This decision comes after F1 experimented with a shorter practice for teams and drivers at the Emilia Romagna Grand Prix. During this, they eliminated all of Friday’s practice session and instead created one single 90-minute session on Saturday morning before qualifying.

It’s hoped by having shorter sessions and less time to get data, we could see better race action on the track. However, it seems likely that decreasing the time for practice will actually allow the race weekends to become more compact and help with the 23-race schedule in place for the season.

With 2020 now behind us, plenty of changes have come into effect as contracts run out and new chapters can begin. One of these that has got us excited is the transformation of Racing Point to Aston Martin.

What started as someone tweeting their new welcome sign at the Silverstone-based headquarters, soon got all of Twitter extremely hyped for this incoming rebrand.

The old Racing Point social media pages were also taken over and renamed as Aston Martin with the iconic racing green colour scheme we all know and love.

So far, in the small snippets of promotional material we’ve seen, it appears that BWT will not remain as a title sponsor and bring that splash of pink to the livery. Instead, we could be looking at a design that includes the traditional Aston Martin racing green and a hint of “Lime Essence” as a secondary colour.

Elsewhere, Renault has begun to flirt with the Alpine rebrand in things like their ‘Happy New Year’ content posts, but have not made the full transition yet. We can’t wait to see what it’ll look like!

With just weeks until the Melbourne street circuit needs to start construction, there have been fresh doubts about whether the 2021 season-opener will be going ahead as planned.

The Australian government has been necessarily strict when it comes to quarantining, meaning Aussies like McLaren’s Daniel Ricciardo didn’t have enough time to complete the mandatory two-week quarantine to get home with his family for Christmas. He instead took his holidays with friends over in LA.

Without getting the permission from the government to bypass the quarantine, or organising charter flights for all F1 personnel and creating a ‘biosphere’ as we witnessed in Abu Dhabi, hosting the race in Melbourne could be a struggle. Something that has been made clear for months.

As the building of the track needs to be started by the end of January at the latest, it’s expected we’ll have answers soon as to whether Australia will host the first race of the season. If it’s not possible, expect a season-opener in Bahrain.

Last year’s Australian Grand Prix was cancelled due to the global coronavirus pandemic.

Although JACK & JONES were always scheduled to end their sponsorship with Haas after Kevin Magnussen departed from the team, being one of his sponsors, they have since taken to social media to distance themselves from the team after the actions of Nikita Mazepin.

“JACK & JONES takes distance from the behaviour of upcoming Haas F1 Team driver Nikita Mazepin in the video posted on social media earlier this month. Our partnership with Haas F1 Team was always due to end after the 2020 season. No further comments shall be made,” the statement read.

Overall, Haas has so far lost five sponsors since Romain Grosjean and Magnussen left the team. But, this was expected as they were deals both K-Mag and Grosjean brought to the team.

JACK & JONES takes distance from the behavior of upcoming Haas F1 Team driver Nikita Mazepin in the video posted on social media earlier this month. Our partnership with Haas F1 Team was always due to end at the conclusion of the 2020 season. No further comments shall be made.

Let’s be honest. Nobody here really saw Nico Hulkenberg as a potential Alex Albon replacement once the season was over. Sergio Perez had put on a masterclass performance to get Red Bull’s attention, and it seemed with races to go that it would be a fight between Checo and Albon for that 2021 race seat.

However, in an interview with motorsport-total.com, Dr Helmut Marko revealed he picked up the phone ten minutes before the Perez announcement to tell Nico he didn’t get the job.

“I called him ten minutes beforehand and told him that unfortunately, it wouldn’t work,” Dr Marko said. 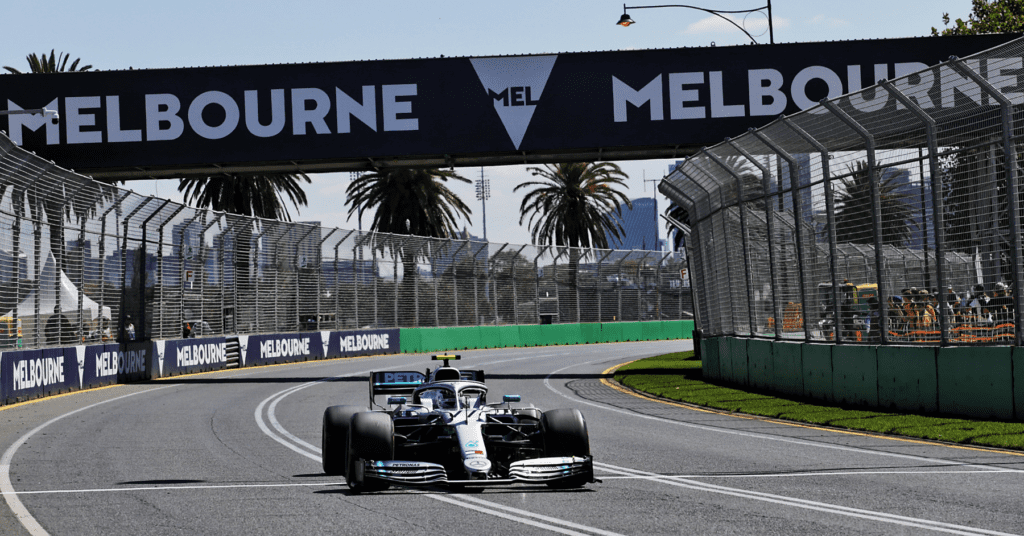