Sprint Qualifying is here. Inevitably, it’s been questioned by F1 fans if it’s a good idea or whether it’ll be a total disaster. Although most fans are not wanting to judge it until we’ve seen it in action, some are ready to throw it on the pile of rules changes that F1 got very wrong.

This new format has definitely got some fans excited and others very annoyed that the sacred ‘Grand Prix weekend’ is being messed with. In previous years, newly introduced rules and regulations came with their fair share of criticism and a lot of the time they deserved it.

Here’s some of the worst and weirdest rule changes to happen in F1’s history.

F1 championship fights have a nasty habit of being wrapped up before the end of the season. Not since 2016 has the title been decided at the end of the year, and it was nine years ago, in 2012, when the fight was between two teams, and not just teammates.

Back in 2014, in a bid to make the season definitely go down to the wire, F1 introduced double points for the final race of the year in Abu Dhabi. The winner of the race got 50 championship points, second place got 36 points rather than 18. You get the idea.

The official line was that it was to get teams to “maximise focus on the championship until the end of the campaign’, but it was obviously just an attempt to spice up the show a bit.

As luck would have it, the title fight DID go down to Abu Dhabi, but it would have done anyway. The gap between Lewis Hamilton and Nico Rosberg was 17 points, so the gap was within a win.

Rosberg suffered a technical failure and finished in 14th, with Lewis winning and making his championship result look a lot more dominant than it was.

This race obviously brought us the records for the highest ever points haul. Lewis won the race and earned the 50 points and the Williams team got 66 points when Felipe Massa and Valtteri Bottas both scored podiums in second and third.

Over five seasons from 2000-2004, Michael Schumacher and Ferrari won consecutive drivers and constructors championships. Some years were dominant and others were closely contested, but Schumi and the The Prancing Horse was the same winner every time.

The rule makers didn’t want this domination to continue, and when Michael won 13 races in 2004 they decided to make some changes.

One of the key reasons Ferrari were so successful was their partnership with tyre supplier Bridgestone. They were the only top team with Bridgestone tyres and could manipulate them to work perfectly for their car. This gave them a massive pace advantage over rivals McLaren, Renault and Williams who were all Michelin customers.

For 2005, cars were required to run one set of tyres through all of qualifying and the race. Tyres could only be changed if there was a puncture or if it started to rain. The two tyre manufacturers had to create fast yet durable tyres which would work for the whole race distance.

Michelin were much better than Bridgestone at making these tyres and Ferrari had no choice but to run the worse tyres all season and only won one race; the infamous US Grand Prix in 2005, when all cars using Michelin tyres didn’t race for their own safety.

Another rule change was brought in midseason to allow a change of one tyre if it had been dangerously worn. This was inspired after Kimi Raikkonen flatspotted his tyre so bad at the Nurburgring, vibrations caused his suspension to fall apart and he crashed heavily at high speed.

Tyre changes came back for the 2006 season.

Qualifying has had its fair share of shakeups over the years. In the 2000s it became a tradition to meddle with qualifying until we eventually settled on the knockout system we know and love.

Here’s a quick run through of some of the bonkers systems F1 has tried out.

Two qualifying sessions where each driver can set only one lap. The first lap doesn’t have any fuel restrictions. The second requires the fuel load the car would start the race on.

This was in the refuelling era so cars would start on different fuel loads. The two times would be added together and voila! Session 1 was on Saturday afternoon and Session 2 on Sunday morning, so people would tune in to the race and have no idea of what the grid was…

There was a weird rule at the start of the knockout format we know and love. In 2006 and 2007, cars in Q3 would have to start the session on their race start fuel load.

The cars could be refuelled before the start of the race anyway, so it just meant that cars would go out and do lots of pointless fuel burn laps so the car was at its lightest for the final push lap. Weird, pointless and a cruel way to give two fingers to people who care about climate change.

The concept was that rather than eliminating cars in chunks like in the current knockout system, cars would be eliminated one by one via a ticking clock. After some time to set a first lap, every 90 seconds one car would be eliminated.

The dream? Cars will always be out on track trying to smash their previous lap time.

The reality? Everyone just sat in their garages with minutes still left on the clock because there was no point in going out.

There should also be a notable mention of ‘dropped results’. Yep, only a certain number of results counted to the overall championship standings and drivers could just drop their worst results and keep their best ones. The rule stood until 1990 when it became clear that it was having a bad influence on the way sport was watched worldwide.

Another rule that was suggested but thankfully NEVER happened was the idea of swapping championship points for medals. Uh huh, we’re serious. We want to give F1 a gold medal for not acting on this crazy idea.

What’s one crazy idea you think F1 should introduce in the future? Let us know in the comments. 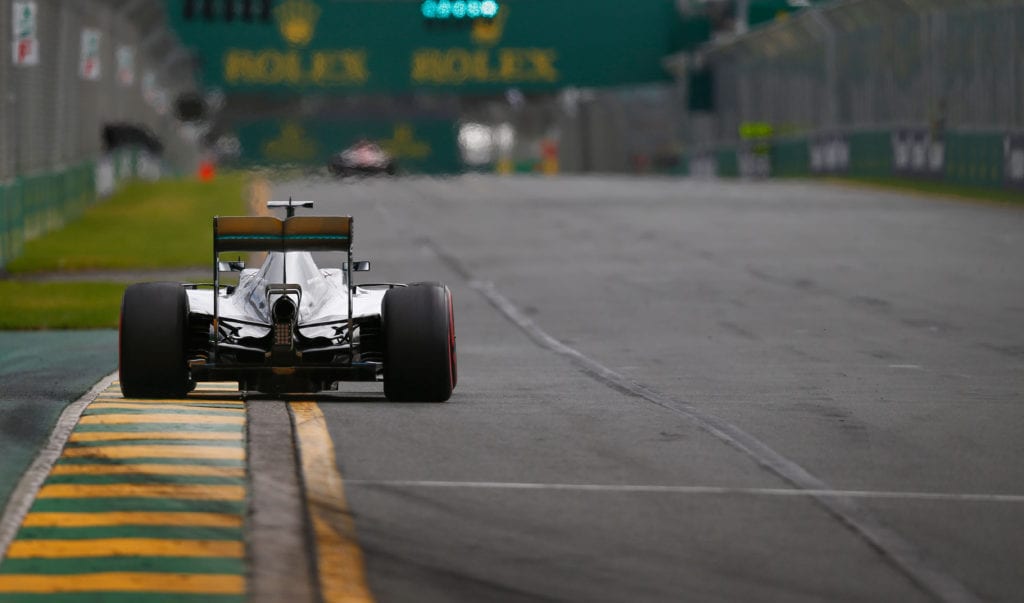