The next Formula E season will see a multitude of changes to the cars, to the teams, to the tracks and to the rules (among other things).

That makes this weekend’s finale in New York very much the end of an era, but there are more reasons to watch it than just sentimentality because we’re set for a cracking championship showdown.

Just like the opening weekend of the season in Hong Kong, the season finale is a double-header, with races on Saturday and Sunday deciding the championship. As well as the obvious benefit of double the races (theoretically) giving double the action, it adds extra peril to the title fight as if either driver has a tough time in the first race, it could be very difficult for them to bounce back. Just look at last year’s decider in Montreal, when a crash in practice put Sebastien Buemi on the back foot as he lost the title to Lucas Di Grassi.

Jean-Eric Vergne has more or less been the driver to beat all season long thanks to a combination of speed, consistency and some awesome defensive driving. Other drivers have shown prowess at various stages but in recent events, it’s been DS Virgin driver Sam Bird who’s emerged as his sole challenger for the title.

Vergne currently has a 23-point advantage, but with 29 points available in each race (25 for the win, three for pole and one for fastest lap), that could easily be overcome. Bird won both New York races last season, so making him look even more threatening – although the track layout has changed a bit for this year.

OK, so most Formula E races are a little bit wild, but last year’s New York ePrix had it all. Although Bird won both races he didn’t have it all his own way, and the tight and tricky layout caught out several drivers, generated plenty of overtaking, and led to more than a little bit of contact.

Alex Lynn managed to take pole in his debut race in the series, whilst Pierre Gasly (making his sole Formula E appearance) drove excellently. In the second race, he tried to pass Nick Heidfeld at the last corner to take the final spot on the podium, only to end up in hitting the wall and crossing the line on three wheels.

With championships on the line and everything to be won (or lost!), expect more of the same this year.

Like a lot of high-profile motorsports, the dominant teams tend to be the ones with generous manufacturer backing. Therefore it’s a little surprising to see that Techeetah – a Renault customer team in only its second season – has had the measure of pretty much everybody in a series that manufacturers are tripping over each other to be a part of.

As well as Vergne’s impressive and potential championship-winning season, teammate Andre Lotterer has been raking in enough points to make the team favourites for the teams’ title. Audi is 33 points behind and has been the form team of the last few races, but you’d have to imagine something going horribly wrong for Teecheetah to lose it now.

As much as we’re all looking forward to the sleeker, sexier, and faster new cars, let’s not forget the service of the outgoing Formula E chassis. Over the first four years of Formula E’s existence it’s provided fantastic racing – in fact, it’s been so good that Felix Rosenqvist is worried the new car might disrupt the “balanced” racing that the current car provides.

It’s been so good that in all three seasons so far (and probably this one too) the title has gone down to the final race. Drivers have won races from as far back as 15th on the grid and not once have we heard complaints about ‘dirty air’. It’s been a tricky beast to drive, too, providing drivers with a challenge unique in motorsport.

Sure, they aren’t that fast, but when you’ve got half-a-dozen cars scrapping for a win, who cares?! 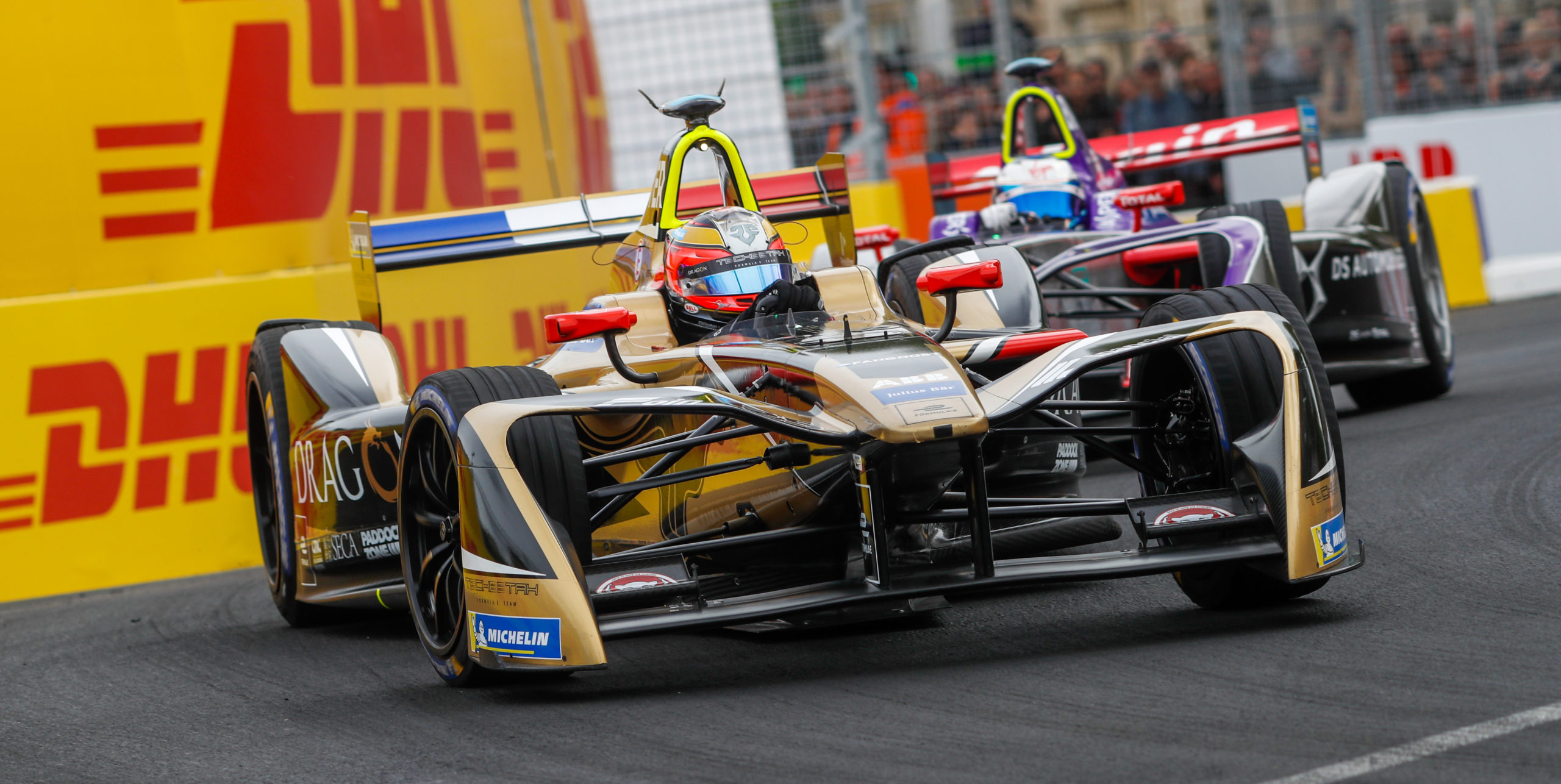