Electric racing returns to our screens this weekend in the shape of Formula E. It’s been an unusual 12 months for the all-electric championship, to say the least; crowning a new drivers’ champion, almost 200 days since our last E-Prix, oh and a global pandemic to deal with.

Here is what you need to know for the upcoming season.

As you’ll know, racing drivers are always looking for a new challenge to sink their teeth into. There have certainly been a couple of noteworthy moves, but one, in particular, has been hailed as the biggest driver swap in the history of Formula E.

Sam Bird, the only driver to have won a race in every season of the championship, has pounced from Envision Virgin Racing to Jaguar Racing for the 2020-21 season.

With Bird having been loyal to the Virgin team since the very first season, this move will create a super interesting driver duo at Jaguar. Bird will partner Mitch Evans, someone who has undoubtedly cemented themselves as ‘number one’ within the team since Jaguar entered the electric championship from the 2016–17 Season.

The two experienced drivers could either work in perfect harmony and help challenge for the constructors’ title for the first time since Jaguar entered Formula E or come face-to-face with a spicy work environment with the two drivers battling for that top spot.

Pascal Wehrlein has also made the jump to Porsche for the 2020-21 season, as well as Alexander Sims to Mahindra and a few other familiar faces returning to the paddock.

NEW KIDS ON THE BLOCK

Some exciting new talents make their Formula E debuts this year, with new signings at BMW, Envision Virgin Racing and Venturi. With plenty of drivers having a good shuffle around and switching teams for the new season, there are also some impressive rookies to keep an eye on.

The first is Jake Dennis, who will be racing with the BMW i Andretti Motorsport squad this season. Having raced in championships like DTM, GP3 and the FIA European Formula 3 European Championship, the 25-year-old joins a team that won three races last season. Sounds promising!

New Zealand superstar Nick Cassidy is another new addition to the Formula E paddock. With championship titles from series like Super GT and Super Formula under his belt, his arrival in the all-electric championship is extremely exciting. He partners experienced driver Robin Frijns at the Envision Virgin Racing team, who also won a race last season thanks to Sam Bird.

Finally, Norman Nato completes the trio of rookies. Having been a reserve and development driver for ROKiT Venturi Racing over the last two seasons, he has been promoted to a full-time drive after Felipe Massa departed from the championship. Nato has experience in F2 and the World Endurance Championship but will hope to create shockwaves throughout Formula E when he races with the Monaco-based team.

See what we did there.

Unlike other motorsport championships, all the Formula E action is packed into one day. Yep, that’s two free practice sessions, qualifying, Super Pole and a race all in the space of a few hours.

Not only is this great for fans – when we can finally get back to a race track – having all the action compressed into one day, it also causes havoc and immense pressure for the teams and drivers. Crash in practice? Good luck getting the car ready for qualifying.

Don’t get caught out, though, if you’re a new Formula E fan. Remember that there are often just hours between qualifying and the race itself!

This weekend is also the first night race in Formula E history which is pretty damn cool.

Even within Formula E, the announcement of Audi’s departure shocked many. The German manufacturers are one of the most successful teams in the championship’s history – 43 podiums, 12 wins, plus a drivers’ and teams’ title to their name.

Since its inception, everyone has pinned Formula E as being the future of motorsport. The rapid development of electric vehicles for road use has resulted in a wave of manufacturers queuing to get an entry, but why have Audi abruptly dropped out of something when they’re still at the top of their game?

It’s a question that some are still scratching their heads over. In short, Audi announced they would not be continuing after 2021 as they will be investing their time and resources into other motorsport projects. This will be their last season in Formula E.

They’re also not alone; BMW will also not continue with Formula E after this championship year. Quite concerning, but other big manufacturers have announced they are still ‘committed’ to the series when it enters its third generation in 2022-23.

WHO WILL WIN? NOBODY KNOWS!

Imagine tuning in to a race and not having any idea what the result will be? It sounds like it’s too good to be true, but in Formula E, that’s genuinely the case. With 24 drivers lining up on the grid, there is a fairly good chance that up to 20 of them could be lifting the winner’s trophy at the end of the race. Seriously.

As Formula E’s commentator Jack Nicholls said, “Formula E’s unpredictability is the only predictable thing about it”.

Over the 11 races last season, there were a total of 14 different drivers that ended up on the podium, eight of which won a race. Bonkers.

It’s not like the top three just run away with a lead either; the action-packed races always leave you unsure of the result until the chequered flag – and even then, a bunch of drivers are probably being investigated post-race too.

Although we are yet to see how the teams deal under the pressure of a full-length E-Prix, you can bet that it’s going to be much the same in terms of teams fighting for wins and podiums.

DS Techeetah will want to continue their dominance as the current constructors’ champions, Mercedes are dramatically improving and were even able to earn a win in their first season, Jaguar has made huge steps and has their strongest teammate pairing ever, Audi will want to make a big impression in their final year, oh and Porsche just wants to win at everything.

Any of them could win the two back-to-back races around Diriyah this weekend, in addition to the likes of BMW, Envision Virgin Racing, Venturi, Nissan or Mahindra. Do you see what we mean? It’s an impossible task to predict the top three of a race.

Packed with racing action and one of the most talented groups of drivers in international motorsport, it’s time you gave Formula E a chance and looked past the fact the cars might sound like a dentist’s drill.

You can watch Formula E on BBC Sport, with Round One starting at 16:30-18:30 GMT on Friday 26th February and available on the BBC Red Button, BBC iPlayer and BBC Sport website & mobile app for UK viewers. 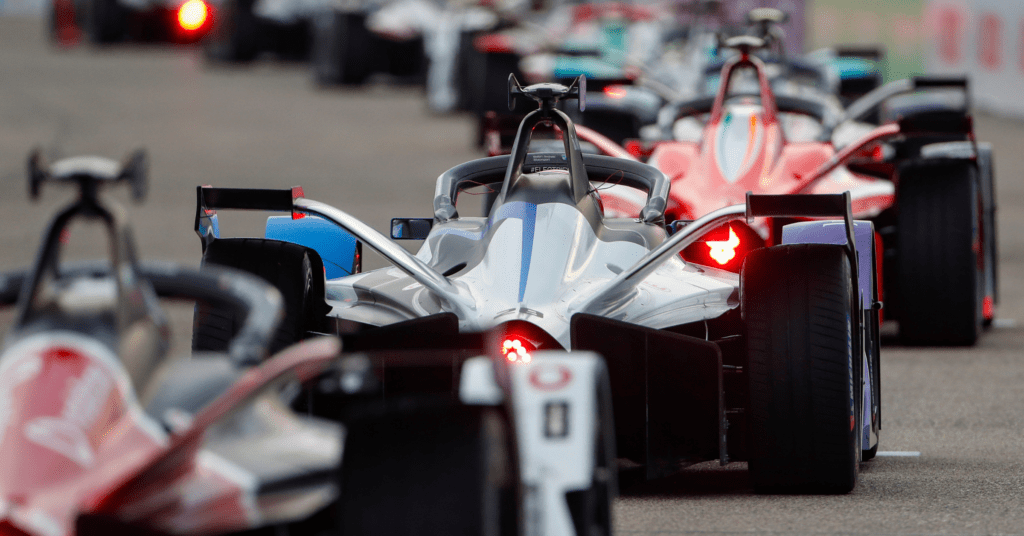