With no other manufacturer teams in LMP1 this year, Toyota has an open goal to finally deliver its first Le Mans win, right? Oh, and to add to the pressure, Fernando Alonso is driving for the team, so there will be even more eyes on the team than usual.

Despite the perceived lack of competition, it’d take a particularly cold-hearted person to begrudge Toyota just one Le Mans win, simply because the Japanese manufacturer has been runner-up on five separate occasions. And they haven’t just been distant second places either – four of them could so easily have been wins. Here are Toyota’s many Le Mans near-misses over the years.

Sportscar racing was on its knees in 1992 as the 3.5-litre naturally aspirated formula not only proved too expensive for privateer teams, but also saw the withdrawal of several manufacturers. Older Group C cars were still allowed to compete at Le Mans (albeit with performance restrictions) and in 1992 it was only really Peugeot, Toyota and Mazda who fielded competitive cars in the top class.

The Toyotas fell back early on, their Goodyear tyres not working as well in the wet as the Michelins on the Peugeot and the Mazda. Things got worse as Toyota’s quickest car was hit by one of the Peugeots, unsighted in the spray. Both cars rejoined the race after receiving repairs, but neither would make it to the finish.

As the track dried on Sunday morning the Toyotas came alive and were now the fastest cars out there, but by now were much too far back to make an impact. The No.33 car of Masanori Sekiya/Pierre-Henri Raphanel/Kenny Acheson was in second place and running well until it had to pit to fix an ignition issue. That cost the team nearly 15 minutes – without the delay it might have been able to put the winning Peugeot under pressure, but as it was it just held onto second place, earned after the No.2 Peugeot had suffered several off-track excursions on Sunday morning.

Although the Group C category was now officially no more, Group C cars were still allowed to compete in 1994 for one final time in the new LMP1 category. Toyota entered two 94C-Vs (essentially updated 92C-Vs) and came very, very close to winning.

The most competitive Toyota was driven by Mauro Martini and Jeff Krosnoff, who were due to have been joined by Roland Ratzenberger before he was tragically killed at Imola. Eddie Irvine was brought in as a replacement and as a tribute, Ratzenberger’s name was left on the car.

The tribute was almost extended to race victory, too. The trio was looking set for victory until the gear linkage broke with just 90 minutes to go. Krosnoff got the car back to the pits but the repairs lost the crew five laps.

By the time Irvine headed back out onto the track, the two Dauer Porsche 962s (contentiously entered in the GT class) had taken the first two positions. The lead 962 was too far ahead, but Irvine caught and passed Thierry Boutsen in the other Porsche to take second place in the closing stages, treating the crowd to a thrilling finale. It could have been so much more and to make matters worse, it wouldn’t be the last time things went wrong for Toyota in the final hour.

The Toyota GT-One was arguably the pinnacle of the GT1 class of the late 1990s as well as being surely one of the best-looking race cars of all-time. Although it competed as a prototype in 1999 due to the demise of the GT1 category, the car was no less potent.

Toyota locked out the front row in qualifying and battled hard for the lead throughout the race with BMW and Mercedes, even though the GT-One’s higher fuel consumption required more regular pit stops than its rivals.

The Achilles’ Heel of Toyota that year were tyre blowouts. Two of the three cars retired from the race as a result, but the all-Japanese crew of Ukyo Katayama/Keiichi Tsuchiya/Toshio Suzuki was running strong and towards the end of the race, Katayama began to push. He was setting fastest lap after fastest lap and with an hour to go, the gap to the lead BMW was under a minute. The win looked a possibility but, as in 1994, it wasn’t to be.

As had happened to the sister cars, Katayama suffered a puncture, but unlike the other cars he was able to get back to the pits for repairs following a mega 200mph save.

Second place remained safe, but it had been the third time in seven years that the Japanese marque had finished as runners-up.

With a Formula 1 programme to concentrate on, Toyota abandoned its endurance racing programme and didn’t return to Le Mans until the rebirth of the World Endurance Championship in 2012.

Toyota’s return to Le Mans in 2012 hadn’t gone brilliantly as both cars crashed out of the race. In 2013 the TS030 Hybrid still wasn’t quite up to the pace of the Audi R18s, but that didn’t stop Anthony Davidson from competing for the lead in the early stages.

A few hours in, however, and the Audis had established a clear lead. It was only really reliability issues for the German marque which allowed the No.8 Toyota of Anthony Davidson/Stephane Sarrazin/Sebastien Buemi up to second place. That said, they weren’t far behind, and although Buemi briefly found himself back on the lead lap towards the end, there was never a realistic chance winning and Toyota came home for its fourth Le Mans second place.

The following year Toyota dominated the World Endurance Championship with its new TS040 Hybrid and was leading Le Mans comfortably at half distance, but the car stopped out on track with 10 hours to go with a minor failure which couldn’t be fixed trackside.

The 2016 Le Mans 24 Hours was all set to be remembered as a classic; both Toyotas and the No.2 Porsche had spent much of the race locked in an incredibly tight three-way dogfight for the victory. With two hours to go, the No.6 Toyota had to pit for bodywork repairs after a spin, but the car of Kazuki Nakajima/Anthony Davidson/Sebastien Buemi was still leading. As the minutes ticked away, it looked like Toyota was finally going to win Le Mans, barring some kind of unimaginable misfortune.

Then came the unimaginable misfortune.

Just as Nakajima was about the start the final lap of the race, the car completely lost power thanks to the failure of a simple electrical connection. Porsche swept past to claim victory, but given the utterly heartbreaking conditions of Toyota’s loss, celebrations were somewhat muted. The other Toyota finished three laps down in second, but that hardly made up for it.

Last year there was no second place but still heartbreak aplenty. The pace was absolutely there, but despite entering three cars to try and combat the bad luck, all three succumbed to problems. One was especially bizarre – Kobayashi mistook another driver for a marshal and burnt out the clutch in the pit lane, retiring shortly afterwards.

Each year Toyota seems to find new and imaginative ways to lose victory at Le Mans. Can the team overcome its issues to finally claim the victory it desires the most, or is a sixth second place on the horizon? 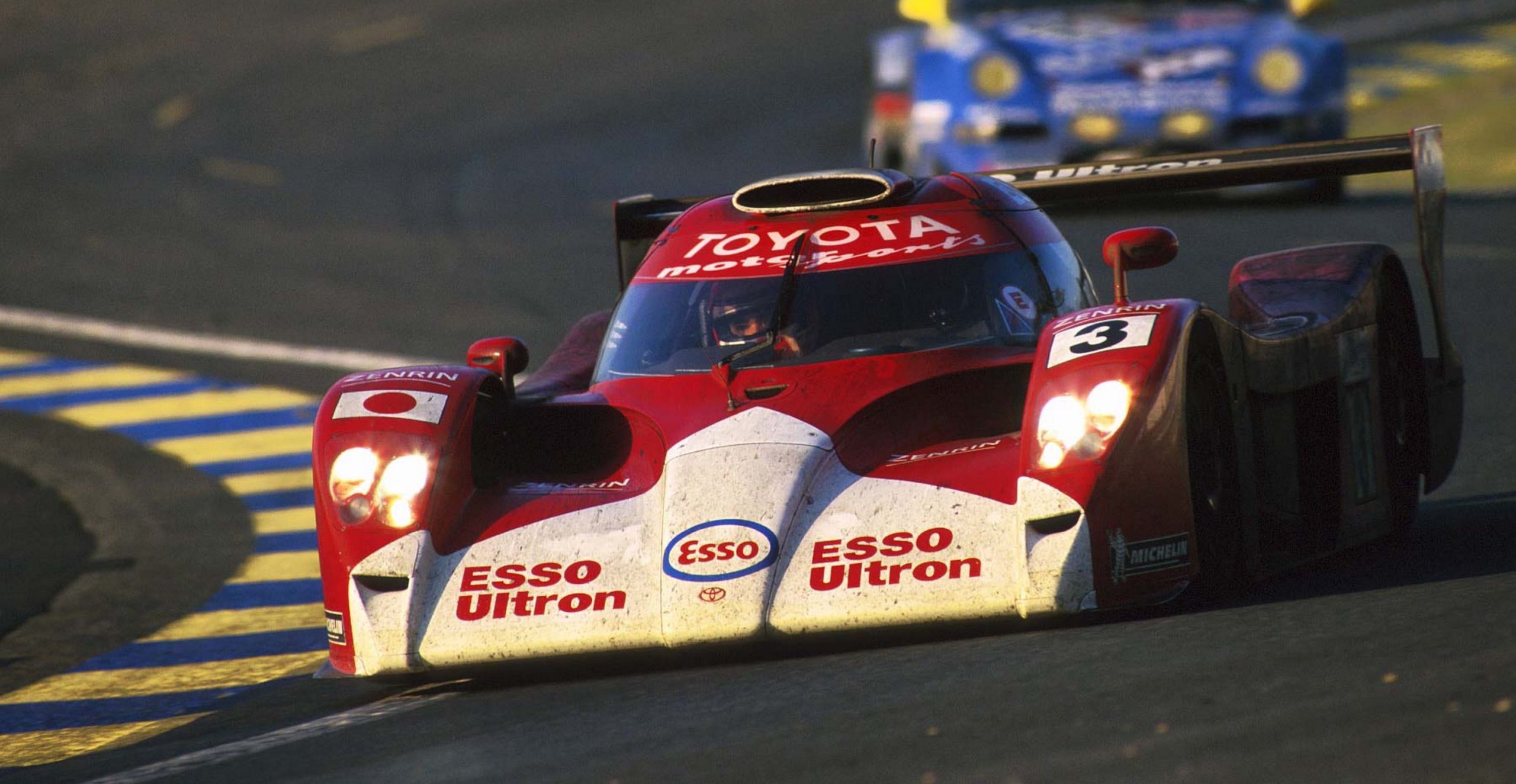