The Formula 1 pre-season is a landscape of expectation, criticism and anticipation. The drivers are exposed to punditry targets and ‘fanalysis’ based on the accolades of previous years, and newcomers are often doubted. Some noobs prosper in F1, whilst for others, it is the harsh realisation that this isn’t a proving ground anymore, but the real deal in which their necks will experience a higher G-force and also very much be on the line.

Here are six Formula 1 drivers who exceeded their pre-season criticisms and doubts to land in Formula 1 with a thump.

The pay driver chatter at Williams has looped into this pre-season with the announcement of Sergey Sirotkin, and Lance Stroll the Padawan must now become the Jedi Master that old Obi-Massa wanted him to become.

Stroll was hugely criticised in the 2017 pre-season for his part in the lottery of birth that allowed his junior campaigns to be fully funded by his fashion magnate father. In the opening few races, this doubt was justified to a degree. He looked like he was overworking in the cockpit and was very twitchy at the wheel, but his big break came at his home race.

An excellent drive to ninth place and his first points in Montreal were followed by a first podium at the wacky race in Baku that ended up being Williams’ best result of 2017. Another mature drive arrived at the Mexican GP when he managed to get between the Force Indias in the inferior FW40 and finish sixth. Stroll isn’t the complete package yet but has undoubtedly proved his critics wrong.

It’s the first month of 2011 and Carlos Slim, one of the richest men in the world, is throwing Telmex money behind a young Mexican driver. Whenever there’s a great deal of sponsorship money involved in a driver appointment, there is always those calling out the pay driver. But considering how motorsport generally works even at the local level, what do we expect? There also tends to be a reason why certain national industry giants pour money into the careers of their respective drivers – they want their logo on a fast car, preferably at the hands of someone who can deliver.

Despite the pay driver label that also served as a mourning process for the ousted Nick Heidfeld, Sergio Perez had an exceptional debut year. He was immediately compared to Jenson Button for his smoothness on the Pirelli tyres, and used this to his advantage on many occasions including at the British GP, in which he registered his best result of the year with seventh.

The following year, his ability was fully realised in a much improved Sauber car and three podiums over the campaign solidified his place in the sport, and the Telmex-Sauber money moan-fest was thrown firmly into the waste bin of F1 history.

It was at a Formula 2 race around Crystal Palace in 1969 that world champion Jackie Stewart started to get frustrated behind a very fast Frenchman up ahead. He told his F1 team boss, Ken Tyrrell, to keep his eyes peeled out for him, and Francois Cevert was drafted into the Tyrrell team in 1970.

Cevert failed to impress in 1970 as a replacement for the retired Johnny Servoz-Gavin, securing just a single point at the Italian Grand Prix and ending the year 22nd in the driver standings. When he was retained for 1971 in conjunction with the birth of the Elf-Tyrrell partnership, there was a great deal of criticism aimed at Cevert, the belief being that the French oil giants wanted a French driver and that the decision was devoid of anything performance related.

But Cevert’s second season in Formula 1 was a deep contrast to his anonymous campaign the year prior, securing four podiums including a dramatic victory in the final race at Watkins Glen. He finished the year in third place in the championship, behind Ronnie Peterson in the March and his teammate, who claimed his second title.

The criticism stopped in 1971, but Cevert was never able to reach the heights he was destined for with his death at Watkins Glen arriving two years later.

From the 2013 season in which the partnership between Lewis Hamilton and Nico Rosberg began at Mercedes, the line has been that Hamilton was the quicker driver and on most occasions this was correct. Nobody out there was reporting on any possibility that Rosberg would match the Brit. But the 2016 season saw Nico find another level in his own performance, be it accompanied by mind games or not – depending on who you believe.

Rosberg endured racing demons in 2016 – when he beat Hamilton outright at places like Monza and Singapore, there was always seemingly another reason for this, be it engine conspiracy or dumb luck. It undermined the driver and didn’t do him any service. Nobody anticipated that Rosberg would actually have it in his locker to beat Hamilton over an entire season and when he did, he duly retired from the sport.

The relationship between the drivers is fascinating and is consistent across all sports in teams and groups with a winning mentality. Look at the football manager Jose Mourinho or the Arsenal player Alexis Sanchez. There is a divisive toxicity that real winners breed and this happened to Hamilton and Rosberg in 2016. It highlights two drivers with an immeasurable hunger that inevitably destroyed any relationship they had. The criticism harshly followed Rosberg even after he won the title and there remains a shade lingering around the 2016 season.

There was no staunch pre-season criticism of Senna, but the white noise surrounding his F1 debut after lighting up Formula 3 was deafening with retrospect. In 1984, Ayrton Senna wasn’t anything to get excited about according to international media, even if the noise coming from the British F3 paddock at the time was very positive. Senna had an anonymous debut at the Brazilian Grand Prix in the Toleman. He qualified on the eighth row in sixteenth and worked his way up to ninth before his Hart engine exploded on the ninth lap.

People started to take note at a wet Monaco, when Senna went into tunnel-mode and lit up the Grand Prix, racing through to second place and catching the leader, Prost in the McLaren, at a staggering pace. Had there been a few more laps in the race, Senna may have caught him, passed him, and won. But the press remained sceptical, and it sounded like some considered Senna’s pace a bit of a fluke, as this extract from a 1984 race report from Motor Sport magazine suggests:

“Senna has come in as a wide-eyed, optimistic new boy and the chances are that his talent and enthusiasm will carry the team further “second time round”, so to speak, than if the situation had remained as it was in ‘83. In dry qualifying at Monaco, Senna could only snatch 13th position on the grid on a 1 min 25.009 sec, but in the wet race the power deficiency didn’t matter one bit. Senna revelled in the good handling qualities of the Toleman chassis and came bounding through the field to finish second, closing rapidly on the leader towards the end of the prematurely terminated event.”

Another wide-eyed kid destined to upscale a midfield outfit? The rest is history.

Bianchi was lined up as a Marussia driver very late in the day, in fact, it was the eve of the 2013 pre-season in which the decision was made to use his services rather than those of GP2 runner-up Luiz Razia. The Brazilian had tested with the team in Jerez and was all set, but with a failed sponsorship push, the team u-turned at the last second and opted for a driver that it personally believed had a greater potential.

Where Marussia believed in Bianchi, others doubted him. The general tone of the press was one of sympathy more than anything, how could a driver expect to compete without getting to grips with the Marussia car? His junior record was cited as a point of low expectation; here was a driver who had failed to deliver any titles in GP2 or Formula Renault 3.5.

But it was clear that Bianchi had something special after a setting a qualifying time in Melbourne that was three-quarters of a second quicker than his teammate Max Chilton, who’d had plenty of testing miles in the car. Bianchi’s inclusion in the team would eventually bear fruit in 2014 after that infamous ninth place finish around Monaco. He was competitive throughout his tragically short Formula One career and not only rose from the ashes of a non-plussed junior formulae path and established himself not only as a promising F1 driver, but also as the man to drive for Ferrari one day. 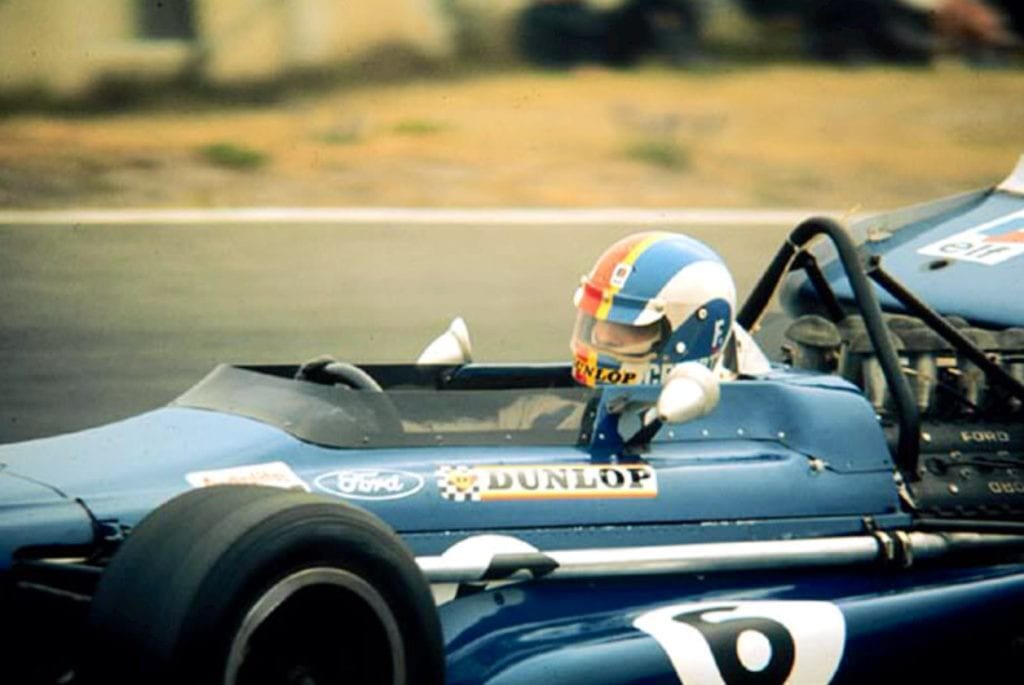