6 Other Motorsport Events Alonso Could Try And Win With Toyota

Although he’s leaving the WEC at the end of the season – potentially as a double Le Mans winner and series champion – Alonso said in his statement that “there are many interesting opportunities to explore within Toyota Gazoo Racing”.

That strongly hints that he’s planning an assault on some other series or event with the team. He’s previously said that he wants to do something “unprecedented in motorsport” and win a variety of different events and disciplines – something Toyota is pretty good at doing (F1 programme aside).

So, what doors could his relationship with the Toyota Gazoo Racing squad open? Here’s a list of six disciplines he might fancy taking on.

The most obvious choice and one that’s looking increasingly likely is the legendary Dakar Rally. Alonso had a test in Toyota’s Dakar-winning Hilux in South Africa a couple of months ago and described the experience as “incredible”. In his self-stated aim of becoming the complete racing driver, surely some part of his CV will have to include a major victory in an off-road event – and they don’t come much bigger or more taxing than the Dakar Rally.

However, rallying is a completely different ball game to circuit driving and Alonso winning first time out would surely be incredibly unlikely. It is the sort of event where age isn’t really a barrier, though – Carlos Sainz won the 2018 edition at the age of 55 – so if Fernando is serious about it, he could plug away at it for years. His background need not be a hindrance, though – fellow motorsport polymath Jacky Ickx won the event in 1983

If jumping straight into the Dakar seems a little daunting, why not try a little bit of WRC in the meantime? With a mixture of different events, he could have a go on the snowy roads of Sweden, the high-speed gravel jump-fest of Finland, or – for a less daunting transition – the tarmac roads of Corsica or Germany.

Toyota is also the reigning WRC Manufacturers champion, so the potential for good results would be there if he found himself good enough. It also has the allure of perhaps the sport’s most prestigious event, the Monte Carlo Rally, which has more than a century of history but very little in the way of success for former F1 drivers – Stirling Moss finished second in 1952, Louis Chiron won in 1954, and Vic Elford (who started as a rally driver anyway) in 1969, but other than that, it’s pretty much unchartered waters.

Winning the event might not even be a necessity for Alonso – a mere podium would be another arrow in his quiver in his quest to become a complete all-round driver.

The Nordschleife has such an allure and is still such a specialist track than even the most established racing drivers have to earn a permit to be allowed to compete in the 24 hour race – Martin Brundle has recently got his and will compete in the race for the first time at the age of 60.

Will Alonso be tempted to test his mettle on one of the worlds most fearsome race tracks? He’s already got the endurance racing thing down and has won two of the most prestigious 24-hour races, so why not go for a third? One stumbling block could be that although TGR does compete in the race, it isn’t in the top class – and we can’t see Fernando merely being satisfied with a class victory at the N24. Unless he goes rogue and competes for another team, Alonso racing at the event for Toyota would seem largely dependent on whether the company decided to turn the new Supra into a GT3 car – the same goes for the Bathurst 12 Hours and Spa 24 Hours.

(TGR does also run a Lexus RC F, but it’s not exactly the most competitive GT3 machine)

If Alonso decides he’d like a Nascar win on his CV then it seems like he might have a couple of options. Last year he did a ride swap with Jimmie Johnson courtesy of McLaren’s association with Chevrolet (whose engines he’s running in the Indy 500 this year), however, he’s also been ‘offered’ a ride with Toyota, with the head of the company’s US racing division saying he’d like to put him behind the wheel of a stock car for one of the road course races.

As awesome as that would be to see, the Daytona 500 is the Nascar race to win. Could he give it a go with Toyota, or will his American racing exploits continue to be for General Motors brands?

Alonso’s former teammate and fellow F1 champion Jenson Button has been doing alright for himself over in Super GT and if Alonso fancies a piece of the action, he’ll already have a way in as TGR will enter a version of the new Supra in the GT500 category next year.

With Alonso seemingly only after success in major events, it’d be a bit of a surprise if he committed himself to a full season because the series’ marquee race, the Suzuka 1000km, was discontinued after the 2017 season and replaced with a 10-hour GT3 event. If it was still a thing, then Alonso would probably be up for a Super GT debut, but at the moment we get the feeling that a winning a Super GT championship is some way down his list of priorities.

He may be quitting the WEC now, but Alonso has already said that he’ll definitely be back with Toyota, and that the only reason he’s stopping now is because it’s preventing him from driving in other races, saying:

“In the medium term and long term, 100 per cent I will come back to WEC, because it is a series I really enjoy. I like the type of racing here, I like the unpredictably of the racing with all the traffic and I like the team spirit of sharing a car with teammates.

“To commit to the new season until June 2020 was closing [the door] on some of the opportunities that may come later in the year, so I took the decision to stop this programme for the moment, for the short term. Being free of any obligations is the best way I could approach those opportunities – that is the reason why I could not commit [to Toyota] in May of this year.”

So, in other words, he’s going to go off for a couple of years, win everything, and then go back to a spot of endurance racing, by which time the WEC will have a whole new set of regulations – and maybe some slightly more competitive opposition – for him to conquer. Sounds good. 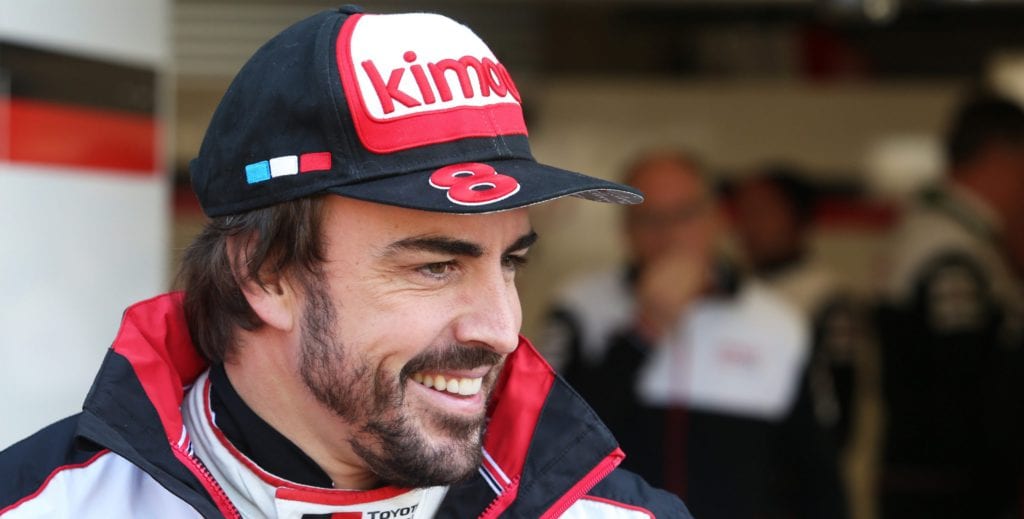