Many of the problems with F1 at the moment are aiming to be solved by the 2021 regulations – cars that can follow closer, race better, and can be built by teams on a slightly more level playing field should help to close the field up. Oh, and the cars look sensational. Put all that together and we’re at the stage where we kinda wish we could just skip next year and go straight to the good stuff.

But, unless the FIA suddenly yells, ‘Surprise! The rules are actually changing in 2020 and you all need to deal with it!’, or time travel gets invented within the next few months, then we are going to have to sit through another year of what we currently have. But that’s not a bad thing, because there are quite a lot of things happening next year that we should probably be rather excited about.

Sure, drivers often can’t get within a second of each other without their tyres and brakes overheating, the penalty system is imperfect, there are still quite a few genuinely dreadful races and Mercedes is still winning everything. But since the French Grand Prix, we’ve had a succession of seriously exciting and unpredictable grands prix which remind us why we love F1 so much.

Whether you like the wheel-to-wheel battle-fest we had at Silverstone or the more tense strategy affairs of Mexico and the USA, when everything comes together, the 2019 regulations are capable of producing great racing. With no real changes to speak of coming next year, we can be fairly certain that there is still plenty of quality racing to come.

2020 will be the fourth year of the aerodynamic regulations and is the seventh year of the hybrid power units. The last year of a ruleset is usually a very good one – take 2008 and 1997, for example – as the stability in rules has the effect of converging the grid as potential gains for the top teams get smaller and midfield teams can catch up.

We’ve already started to see the effects of that this year as Red Bull has joined Mercedes and Ferrari in being consistent threats at the front and while the likes of McLaren and Renault are still a fair chunk away from being able to fight for podiums on pace, the gap to the midfield does appear to have shrunk.

Call us optimistic, but if this trend continues we could see five or six drivers from three teams in genuine title contention next year, with a closer midfield causing the top teams to have to occasionally look over their shoulders.

This year we’ve started to see a definite changing of the guard as Charles Leclerc and Max Verstappen have firmly established that in a few years (if not sooner), they’ll be the drivers fighting for titles that everyone is trying to beat.

There’s still plenty of life in the old dogs yet, though. Lewis Hamilton and Sebastian Vettel won’t roll over without a fight and if the top teams are as close as we hope, then you can bet there are gonna be some fights. Can Vettel iron out his errors and put together a consistent season? Does Hamilton have the determination and the energy to step it up again as he chases Schumacher’s records? Will the nascent Leclerc/Verstappen rivalry go up another notch? We can’t wait to find out.

We’ve all known for a few years that 2021 was going to be a year of big changes. Drivers and teams know it, too, and they all want to give themselves options which is why pretty much every single driver on the grid is out of contract at the end of 2020.

There are so many questions there waiting to be answered. Will Vettel call it quits and retire? Will Hamilton find the allure of the prancing horse too strong to ignore before he retires? Will Mercedes or Ferrari be able to tempt Verstappen away from Red Bull? Will Daniel Ricciardo stay committed to Renault? How many drivers will Toro Rosso go through next season? Which young drivers will put themselves on the radar to snag a seat from some of the old guard? All the drama, speculation and shocks are going to be absolutely lit. Bring it on.

Speaking of off-track drama, you can bet that the teams are going to start playing a bit of politics and attempting to nudge the finer details of the 2021 rules in their favour. How long until we start hearing that someone has found a loophole that needs to be closed, or that one of the teams is complaining that they don’t have long enough to adapt and need the rules to be delayed? Maybe one of the changes (like the cost cap, for instance) will get dropped altogether.

Ferrari has the controversial veto that it has yet to use, and it has also been a while since they (or Red Bull for that matter) have thrown out a cheeky quit threat. Renault’s involvement in F1 is also far from certain, while Honda has yet to commit to the sport beyond the end of next year, so there are both of those to be resolved, too.

Then there’s the interest of how teams approach car development during the season. 2021 is a big change and some might see little point in continuing to push hard to develop something which will have little carryover to the following year. That in itself will raise questions and could lead to a bit of a game of chicken (especially in the midfield) as to who gives up on its season first.

Yeah, the speculation and backroom fighting can seem like a distraction when all we want to do is enjoy some good racing, but be honest – we all secretly love the political drama of F1, don’t we?

New races are just cool. There are new corners with new challenges, it’s a new location, a step into the unknown. It could turn out to be terrible, it could be an instant classic. Even practice sessions become a must-watch as you clamour for every second of screen time so you can try to gain an understanding of the track.

However, F1 hasn’t had a truly new venue in F1 since Baku appeared in 2016, so the prospect of the 2020 Vietnam Grand Prix in Hanoi is perhaps more exciting than usual. The Baku-inspired layout of seriously long straights into tight corners on a street circuit should also be good for racing, and the fact that teams won’t have any real-world data on the circuit could lead to a few upsets if someone hits the ground running; Force India appeared to genuinely have the second fastest car when F1 visited Azerbaijan for the first time. We won’t have to wait long to find out how Vietnam turns out, either – it’ll be the third race of the season.

Soon after, F1 will return to Zandvoort for the first time in 35 years. Unlike when the French GP returned to Paul Ricard and its seizure-inducing run-off areas in 2018, the home of the Dutch GP is old-school. Properly old-school. Bumps, gravel, seriously challenging corners, history, you name it. The layout was done by the same bloke who penned Suzuka, to give you some idea of the challenge it’s going to be for the drivers.

It’s also very narrow with few long straights so the racing there will probably be terrible – not that the thousands of passionate Dutch fans will care if Verstappen has a good weekend! 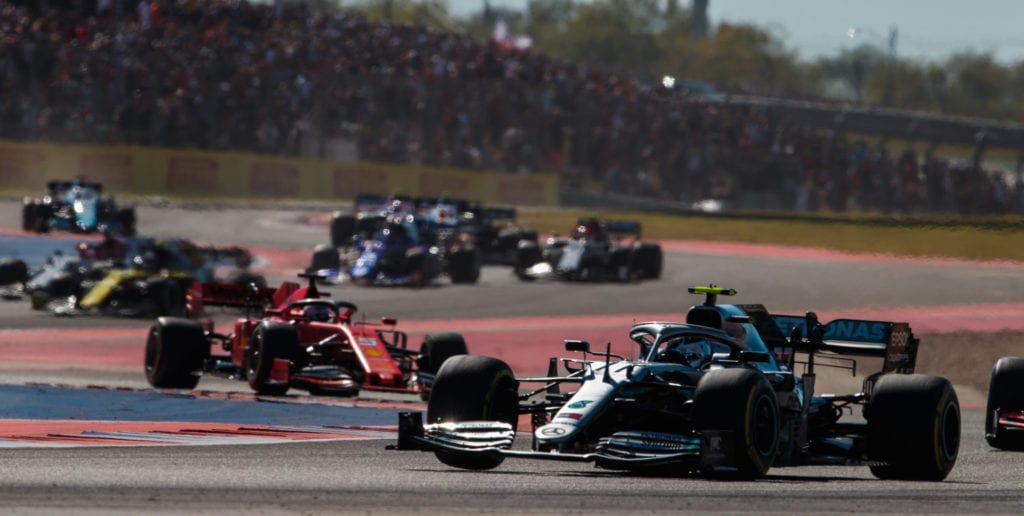