All eyes were on ‘Mr Saturday’ George Russell today as he tried to achieve the first pole position of his F1 career. Instead, he finished just behind his temporary teammate Bottas by only 0.026s in the second closest qualifying of the year.

There was a lot of expectation on the shoulders of George Russell this weekend. After a last-minute call up at the start of the week to replace Lewis Hamilton, and being able to drive one of the fastest F1 cars the sport has ever seen, many hoped he could snatch pole from Bottas and earn his first F1 pole position.

Unfortunately, this was not to be but the showdown between Bottas and Russell was certainly massively entertaining and unbelievably close.

Really happy to be lining up P2 but I’d be lying if I said I wasn’t gutted to miss pole by just 20 milliseconds!

Congrats to @ValtteriBottas and thanks to @MercedesAMGF1 for the great car. Front row lockout 🤜🤛 pic.twitter.com/N0sZBoUtIM

Despite not being able to fit properly into the W11, Russell, and his 6’2” frame and size 11 feet, managed to push Bottas to his absolute maximum and will mean that it is a Mercedes 1-2 around the new Sakhir Grand Prix track.

What an incredibly close battle for pole position between the top three finishers.

With Bottas on pole and wanting to show Mercedes he’s top dog at the team, followed by Russell in second who’s keen to demonstrate why he should be seen as a serious contender for the future, plus Max Verstappen ready to fight both Mercedes and take advantage of an absent Lewis Hamilton, this race looks set to be one of the best of the year.

0.056 seconds between these three. So hyped for the race tomorrow! #SakhirGP pic.twitter.com/PfGMK2Op4U

Leclerc somehow put the SF1000 on the second row

We all know what a talent Charles is, that’s no secret. However, for Ferrari this year their pace has been awful and the car looks like a total tractor to drive. There was very little hope for miracle performances from Ferrari this weekend as it’s been proven over the year that tracks with longer straights are not where their strengths lie.

This is why all our jaws dropped to the ground when Leclerc managed to chuck his Ferrari into P2 during the final qualifying session.

The stunning lap even left people wondering if he’d found a shortcut around the circuit. Once the lap was set, Bottas and Russell in their Mercedes were able to beat it but by this time Charles was out the car and already watching the rest of qualifying unfold on the Ferrari pit wall.

What a lap that was!!!
That’s P4 for tomorrow, let’s see what we can do from there 🔥 pic.twitter.com/aCmPeNQGVZ

He will start in fourth, in one of the most shocking qualifying results of the year.

Jack Aitken outqualified a World Champion on his debut

He is covering for George Russell at Williams this weekend and although Aitken looked set to beat his new teammate during qualifying, Jack did manage to qualify ahead of an F1 World Champion. Not a bad day in the office.

Aitken will start 18th for tomorrow’s Sakhir Grand Prix, with the other Williams of Latifi just one place ahead in 17th. However, Aitken did managed to beat Kimi Raikkonen on his F1 debut as the Alfa Romeo driver starts in a disappointing 19th tomorrow.

P18, can’t complain with that. Last run a tad messy but it’s all up for grabs tomorrow 👀 pic.twitter.com/jXMkJCQ860

“It’s not the result we were expecting after looking not too bad in FP3,” Raikkonen said after qualifying. “We were just struggling in a few places and ended up being too slow to make the cut. It’s going to be a challenge tomorrow.”

The TV Directors went to a shot of Christian Horner shaking his head when it was made apparent that their driver Alex Albon had failed to get into Q3 for the third time this year.

Although Albon’s seat is not confirmed yet, many believe that it could already be a done deal and will be announced after the season is over. However, after performances like this when Albon will start the Sakhir Grand Prix in 12th compared to his teammate Verstappen who is in third and was just 0.056s off the pole time of Bottas, questions are still being asked if he’s really the man for the job at Red Bull.

Especially when Albon’s biggest competition for the seat, Sergio Perez, finished the Q2 in second place behind Verstappen, compared to Albon in 12th.

We saw some other shock Q2 eliminations

The likes of Albon, Lando Norris, Sebastian Vettel and Esteban Ocon all failed to make it into the top ten of qualifying at Sakhir, with their respective teammates all managing to make Q3 around the 3.543km track.

For Lando, a challenging start to his first lap saw him abort his chance before trying for a second lap. Overall, it was not meant to be as Lando eventually quit that qualifying lap too and will start the Grand Prix 15th.

There was hope that both Renault lads could capitalise on a track that is well suited to their car, but for Ocon, he will start down in 11th compared to his teammate Daniel Ricciardo who starts in 7th. Disappointing for the team who predicted to both be challenging for starts on or around the top five.

Norris out in Q2 after aborting his final run 😩

The final starting grid will be as follows:

How they line up for Sunday's race… 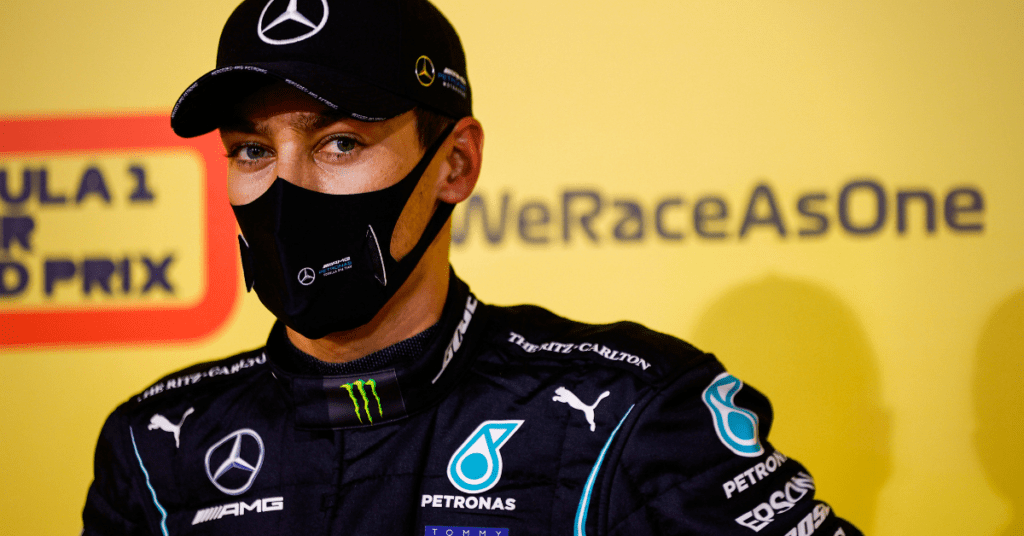