6 Things To Watch Out For In Formula E This Season

It may be the Formula 1 off-season but for Formula E, it’s quite the opposite. Between now and the Australian GP in March, Formula E will have had five of its 13 races, the first of which gets underway in Saudi Arabia on 15 December.

With a new car, new rules, new teams and new drivers, it’s probably the most excited we’ve been for a Formula E season since the series first started. Here are six things to watch out for.

Formula E positions itself as a motorsport of the future and we’re jolly glad that the new car has been built with that in mind. It looks seriously incredible, from the enclosed wheels to the double rear wing to the mahoosive diffuser, it’s what a single-seater racing car of the future should look like. Even the Halo is integrated nicely into the design and will even have cool flashing lights to display information to fans, like when a car is using boost modes.

Speaking of power, the Gen 2 car will have 250kW available in qualifying compared to the 200kW that was available last season. In the races that will drop to 200kW for the new car – but that’s still 20kW more than the old car. Plus, that limit is likely to increase in future seasons, making this car much quicker than the old model.

Hooray! As exciting as they could be, the sight of a driver making a pit stop to change into a completely different car was a bit silly and didn’t exactly look great for a series which promotes the advantages of electric power.

For this season those car swaps are gone, meaning the new car is not only faster than the old one, but will be able to race for almost twice the distance. The downside of that is that with no more pit stops, an element of strategy has been lost. Which brings us onto the next point

Also known as ‘Mario Kart’ mode, Formula E is going all out with it’s experimentation this season. During a race, drivers will be able to drive onto special zones located off the racing line. This will cost time on track, but allow drivers to gain access to a 25kW boost in power for a period of time.

Use of attack mode is mandatory – drivers can’t choose to skip it – but the location of the zones, number of times it will have to be used and length of time it lasts for won’t be revealed until shortly before the start of the race. This is to try and prevent teams from simulating the most effective way to use it and therefore make the racing more unpredictable.

It’s a wild idea and it sounds a bit bonkers, but why shouldn’t Formula E try out things like this? Being different from other championships is what sets it apart and you have to applaud the organisers for sticking their necks out.

Instead of running to a set number of laps, races will now run for 45 minutes plus one lap. That might not sound like a big deal but as Jean-Eric Vergne explained to us earlier this year, it could have a drastic effect on the end of races.

It basically boils down to the fact that teams and drivers won’t know for sure how many laps the race will last for. That means drivers who have used too much energy in the early stages will struggle if the race goes for a lap longer than expected, while drivers that have kept something in reserve could suddenly find themselves with a handy pace advantage. That could lead to some rather unpredictable finishes – as if Formula E didn’t have enough of those already!

For Season 5 the grid has swelled to 22 cars with the addition of a new team in the form of the HWA squad, which will morph into Mercedes for Season 6.

BMW also comes on board as a full-time manufacturer in partnership with Andretti Autosport, while Renault has been replaced by Nissan. All in all, that makes for an impressive nine powertrain manufacturers this season, a number which will rise to 11 in Season 6 when Mercedes and Porsche field full factory teams.

Formula E has always attracted well-known names but the talent of this year’s grid seems to have gone up a notch. After a year away from racing Felipe Massa will be on the grid in Saudi Arabia, driving for Venturi. Former Sauber and Manor driver Pascal Wehrlein has joined Mahindra and Stoffel Vandoorne will race for HWA.

They’re not the only new names but given their recent F1 history, they are the three biggest. But despite their reputations, it doesn’t mean they’ll automatically be fighting at the front. The Formula E field is one of the most competitive around and coming straight in and competing with series veterans like Vergne, Sebastien Buemi, Sam Bird and Lucas di Grassi would be a tall order for anyone.

Then again, the new cars and new rules could provide a bit of a reset of the order and teams and drivers figure out the best way to go about racing. That could make this season as unpredictable as the first one was – and Season 1 was utter chaos… 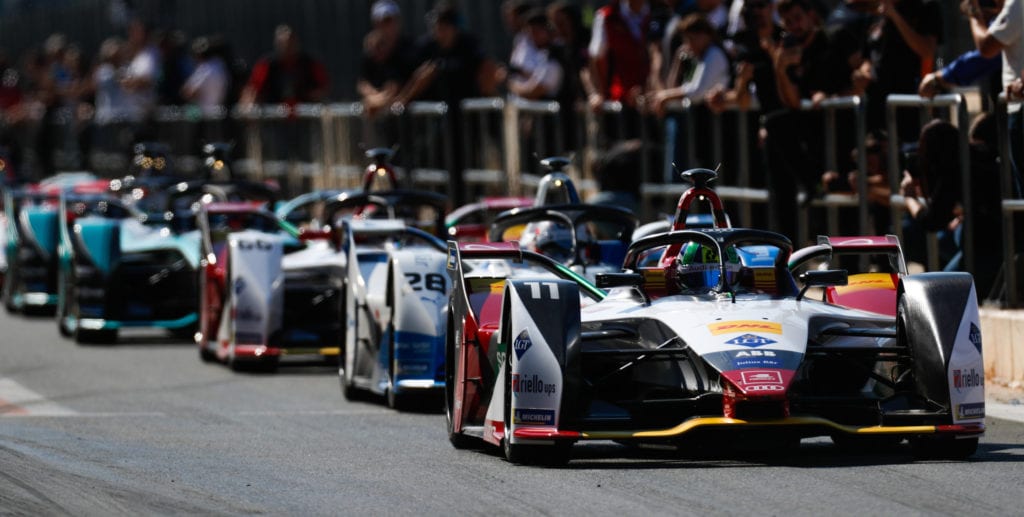