A whole winter of waiting, right through the car reveals and testing, all the build-up in Australia… and then it didn’t happen.

More than three months later and we’re going through the hype of a new F1 season all over again, so we thought it’d be a good idea to have a quick refresher of some things to watch out for this year.

It seems a while ago that we were all losing our minds about DAS – an innovation that Mercedes revealed during testing. Going down the straights, Lewis Hamilton was spotted pulling his steering wheel towards him, causing the front wheels to go from a toe-out position to a more neutral one. The theory behind it is that although toe-out on the front wheel helps in the corners, it has slight negative effects in a straight line with regards to aerodynamics and tyre wear.

DAS has already been banned for 2021 and is difficult for other teams to copy. So, the question that remains to be seen is just how much of an advantage is it going to be? After all, Mercedes wouldn’t put it on the car if it wasn’t going to help.

Speaking of Mercedes, Racing Point drew lots of attention in testing when it turned up with a car that looks an awful lot like last year’s Mercedes W10. It turns out that the team has essentially tried to copy Mercedes aerodynamic concept – in a completely legal way, it has to be said – because if it works so well for one team, why can’t it work well for another?

Teams trying to copy the design of rivals hasn’t always gone particularly well in the past, but the RP20 showed impressive signs in testing. Expectations are that Racing Point could be at the top of the midfield, and there some predictions (from both outside and inside of the team) that the car could even be good enough to challenge for podiums. Could the top three teams about to become a top four? Watch this space…

Just before the season was due to start, F1 decided to lift the ban on drivers changing their helmet designs which had been in place since 2015.

It’s a good move as the ban didn’t always seem to be completely enforced anyway (unless your name is Daniil Kvyat) and with the Halo largely obscuring the driver’s helmets these days anyway, using them to identify who’s who is kind of a thing of the past.

Lifting the ban should allow drivers to really get creative with their designs. Lando Norris said that he’s going to try and have a different one at every race (whether that’s going to be possible now with the way things are in 2020 is another matter), while Sebastian Vettel, the king of changing his helmet design, is surely going to make good use of it – especially if this turns out to be his last season in F1…

F1 may have been on hiatus for the past few months, but the driver market certainly wasn’t. In the space of just a couple of days it was announced that Vettel would be leaving Ferrari at the end of the year, Carlos Sainz would take his seat and join Charles Leclerc, and that Daniel Ricciardo would leave Renault for McLaren.

That’s an absolutely huge series of moves, but silly season isn’t done with yet. If we get any time in between the barrage of races happening over the next few months, we’ve got to speculate over whether Vettel will be in F1 next year, if Valtteri Bottas can do enough to earn another year with Mercedes, if Alex Albon can lay claim to that Red Bull seat, and if Fernando Alonso will be tempted back by an empty seat at Renault.

If you thought silly season was over with the Ferrari news, you’re wrong – it’s barely even begun.

After a year on the sidelines, Ocon is back – and that’s probably worth hyping up. The 23-year-old is still very highly-rated but he could hardly be in for a tougher test on his return because of who he’s facing on the other side of the garage

Daniel Ricciardo is a vastly experienced race-winner with a proven track record and how Ocon fares against him could well make or break his career. If he can match or even beat the Aussie, he might well find himself as a serious contender for a Mercedes seat. If he’s consistently a bit behind (or worse, completely thrashed) then it could doom him to life in the midfield.

There’s also the fact that he’s had a year out – will it take him a bit of time to get back into the swing of things, or will he hit the ground running? All things considered, Ocon vs Ricciardo has the potential to be one of the most intriguing teammate battles of the year. Perhaps not quite Vettel and Leclerc levels, but still pretty epic.

Could this season be the first where we see Max Verstappen as an actual title contender? Not only did the RB16 look pretty handy in testing, but the revised calendar seems to fall more in Red Bull’s favour. The team is traditionally quick in Austria (where conversely, Mercedes has struggled), with the Hungaroring also a strong circuit for Red Bull.

They’re the first three races of the year and if the car is competitive, it’s not unrealistic to imagine Verstappen winning all three, putting pressure on Mercedes and Hamilton in a season where, with fewer races, each grand prix takes on a slightly higher level of importance.

I know, it’s hard to imagine anyone beating Mercedes, but this season has a bit of a feeling about it where anything could happen. 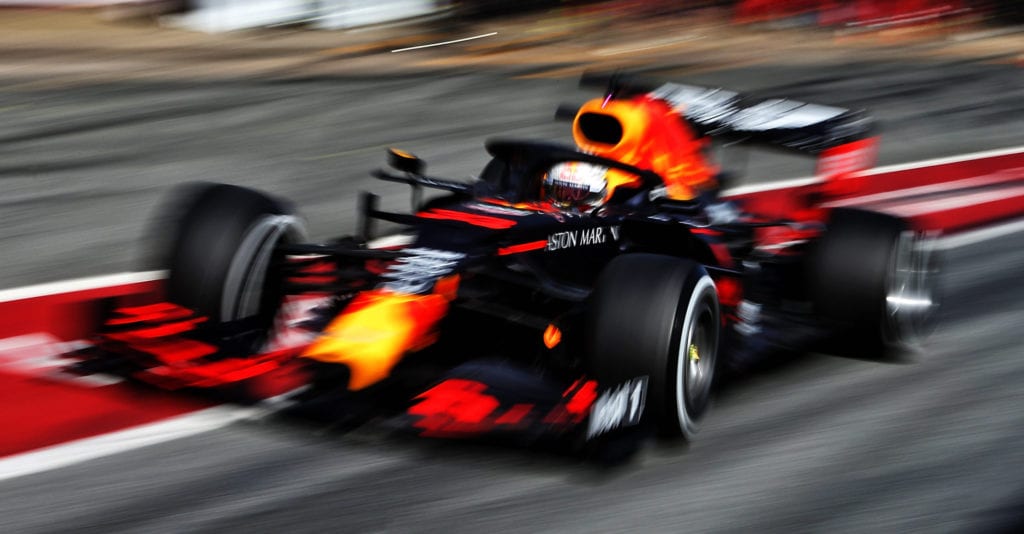