Even though a wheel hasn’t been turned in anger yet, we know that 2020 is going to be a very memorable season – simply because of how different everything is going to be.

The racing itself should be pretty normal (and hopefully really good) and from the moment the lights go out to when the chequered flag drops, it’ll be like nothing has changed. But everything else surrounding it is going to make watching F1 this year feel very strange indeed.

Cramming all the drivers on the back of a lorry to do a lap of the track before the race isn’t going to work for two reasons: it’d have to be a massive lorry for social distancing to be possible, and it’d be kinda pointless going off to wave at the fans when there are no fans to wave at.

In fact, the whole pre-race procedure will be different. No national anthems, no grid kids (they’ll apparently make a virtual appearance), and no packed grid in the build-up to the race. Which means another thing…

Brundle started doing his grid walks in 1997 and they’ve since become a legendary part of the pre-race build-up. Watching Brundle scramble around the grid, chasing up drivers, interrupting other journalists and getting ignored by celebrities who are there to promote their latest film, TV show, or range of pasta sauces has led to some classic moments.

Who can forget Kimi Raikkonen telling him he’d missed Michael Schumacher’s retirement presentation because he was “having a shit”? Or the time in Singapore when Christian Horner said that it’s a shame Brundle was too old to have raced there, leading to Martin’s savage response: “yes, I am too old. It’s a shame you weren’t fast enough to make it to Formula 1.”

But this year, with the number of people on the grid being kept to a bare minimum, chances are there won’t be the opportunity for Brundle to do his traditional grid walk. In fact, broadcasters are going to have to try and find new ways to fill their pre- and post-race shows, making the experience of watching a race weekend very different indeed.

This always has the potential to be a highlight. The top three drivers get to chat to each other for the first time since the end of the race as they wait to go on the podium – a moment of calm which has led to some spicy moment. Who can forget Nico Rosberg throwing his cap at Lewis Hamilton at COTA in 2015, Sebastian Vettel telling Daniil Kvyat that he’s a torpedo in China in 2014, or Hamilton calling Max Verstappen a dickhead in Bahrain in 2018?

We won’t get any of that in 2020 because with the current situation, putting a group of hot, sweaty, tired drivers in a small room close to each other isn’t exactly a safe practice. Also, the cool-down room is the place drivers compose themselves before standing on the podium – and in 2020, there won’t be a podium.

Yup, Ross Brawn has confirmed that drivers won’t go and stand on the podium to collect their trophies in the traditional way. That’s probably a good thing – imagine somewhere like Monza, a place where the army of fans beneath as the platform extends over the track makes it the best podium of the year. Take away all those fans, and the fact that all the teams below will have to be spread out, and the whole thing would just look weird.

Instead, it seems likely that the top three drivers will line up on the grid (like they do after qualifying) and simply collect their trophies, all in the name of reducing the number of people that need to be involved.

Is there anyone out there who actually enjoys when the TV cameras cutaway from the on-track action to see a shot of a section of the crowd, or a celebrity you’ve never heard of who’s pretending to be interested in what’s happening? Didn’t think so. It’s usually pretty harmless, but sometimes the cutaways happen at the worst possible moment – like in Silverstone last year, when cameras cut away from the ongoing battle for the lead between Hamilton and Valtteri Bottas for some reason.

Thankfully, this seems like it could be one positive of races having no fans in the crowd and fewer people at the tracks: the TV director will be forced to show the race. With all that extra camera time to fill, maybe that means we’ll finally get to see live footage of Carlos Sainz.

We’ve been talking about the double-header races at the Red Bull Ring and Silverstone (and possibly other races) this year and just kind of accepting the normality of it. But when you stop and think about it, it’s not normal at all and it’s going to be incredibly weird.

We’re going to sit and watch three days of action during a race weekend and then, four days afterwards, we’re going to sit and watch the exact same thing from the exact same track again. It actually makes for a really interesting scenario – will the teams perform any differently across the two weekends when it comes to setups and strategy? Also, a few years down the line, good luck trying to remember whether anything that happens took place in the first race or the second race.

It’s going to be a really odd season and is not what anyone expected or wanted. But who cares – F1 is back! 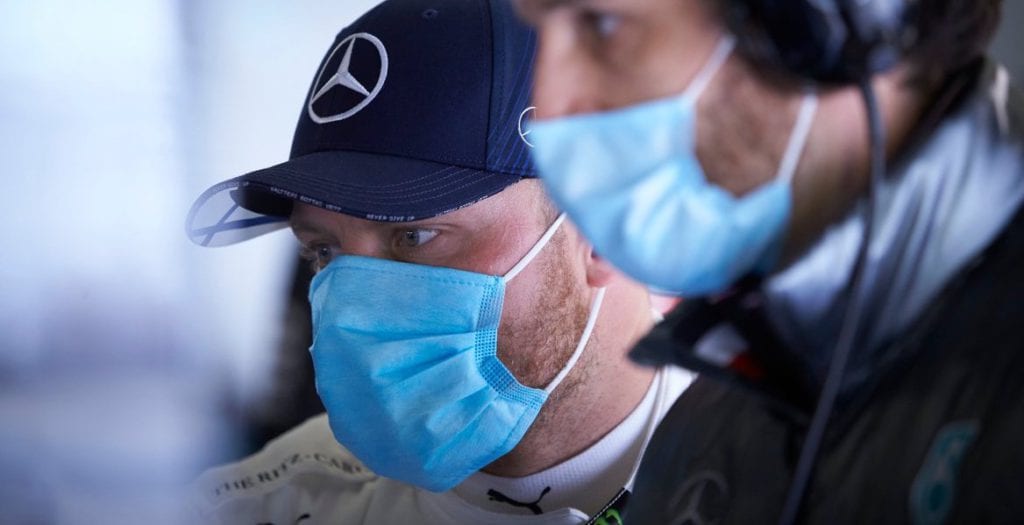