During his time in Formula 1, Nigel Mansell was always one of the most exciting drivers to watch – especially when he was chucking some of F1’s most iconic cars around race tracks.

Plus, the monstrous cars of the 80s and 90s seemed much tougher to drive and had a huge amount of power. It all makes for incredible onboard footage.

With today (8 August) marking the 1992 F1 world champion’s birthday, we decided to celebrate by showcasing some of Mansell’s best onboard laps.

Not only is this onboard of Mansell tackling Suzuka during the 1990 Japanese GP brilliant to watch, as he chucks his Ferrari around the sweeping corners, but it also shows off his view of Ayrton Senna and Alain Prost’s famous first-lap crash.

How about a quick lap of the Brands Hatch circuit with Mansell, at the wheel of the beautiful Lotus 95T. It’s amazing to see how little the actual layout of the track has changed since 1984. Brands Hatch remains a proper old-school circuit.

The FW14B from the 1992 season sounded absolutely amazing, with its hugely powerful Renault V10. It also was incredibly quick, and makes for a great onboard lap of the old Autodromo Hermanos Rodriguez circuit in Mexico – well before it was transformed into the track F1 races on today.

Does anyone else really miss the old Hockenheimring layout? It was crazily quick, needing a hell of a lot of power from the cars (and bravery from the drivers). Such long runs at full throttle! Sit back, relax and enjoy this onboard of Mansell hitting the old German GP venue in his Ferrari back in 1989.

This video just makes us miss the Bridge section of Silverstone, which isn’t used in F1 anymore. Mansell always did well at the circuit and it suited his driving style. Here’s a quick lap from the 1992 British GP weekend, which he ended up winning.

A pretty short onboard video, but a worthy one of this list all the same, as Mansell drives his FW14B around the Kyalami circuit in South Africa. He looks strangely relaxed behind the wheel, there’s minimal steering movement and it all seems so under control.

After his title win in 1992, Mansell left F1 and went over to America, taking the CART championship in 1993 and continuing in the series for another season. However, he was called up to drive for Williams late in 1994 – after Ayrton Senna’s tragic death earlier in the year.

Here’s a range of footage of Mansell during qualifying for the Australian GP, the 1994 finale – which he took pole position for, and won. 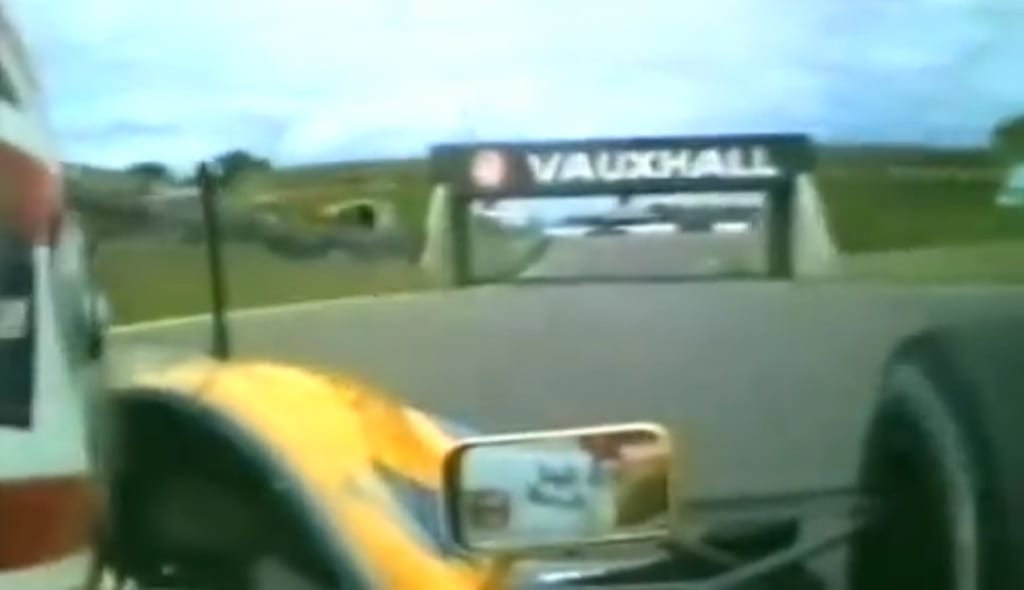