F1 regulations now limit the number of helmet designs a driver can have during the season, with just one opportunity to shake things up and race with something different.

So, that means we, sadly, are left to reminisce about some of the great one-off designs from the past – some of which were done as tributes to someone or something.

Let’s take a look at the coolest F1 tribute helmet designs, and if you’ve got any more suggestions, let us know in the comments:

Because the Monaco Grand Prix is such a landmark event, it was often the scene of special one-off helmet designs. Marcus Ericsson may have been racing for backmarkers Caterham in 2014 but his Monaco helmet definitely stood out, paying tribute to Swedish F1 legend Ronnie Peterson. It celebrated 40 years since Peterson’s Monaco win and looked absolutely epic.

Another Monaco special, Kimi Raikkonen paid tribute to James Hunt at the 2012 race with a replica of the 1976 F1 champion’s design. It looked really, really cool on a modern F1 helmet. The Iceman put a tribute to Hunt on his 2013 Monaco design too but he got into a spot of trouble with FOM…

One year later in Monaco, Jean-Eric Vergne opted to carry the memorable helmet colours of French F1 icon Francois Cevert. The Red Bull logos were incorporated, which wasn’t great, but the design still looked brilliant. It was a tribute to Cevert 40 years after his death at the 1973 US Grand Prix.

2014 was an emotional year for Jenson Button after the death of his father John, a big character in the F1 paddock. He paid tribute in a lovely way by wearing a pink ‘Papa Smurf’ (John’s nickname) helmet design at the British Grand Prix. His dad was known for wearing pink shirts on race day.

Lewis Hamilton’s original helmet design when he broke into F1 was inspired by Ayrton Senna, but he gradually moved away from that. At the 2016 Brazilian GP, Hamilton used his one permitted helmet design change of the season to go back to Senna’s colours in memory of the three-time F1 champ and to celebrate Brazil.

This one was pretty damn cool, and such a Daniel Ricciardo thing to do. The Aussie paid tribute to iconic stuntman Evel Knievel with this brilliant helmet design for the 2016 US GP. It featured colours of the US flag, his famous slogan “color me lucky” and came with matching racing boots, because of course it did.

Vergne was clearly a fan of tribute helmets. One year before his Cevert-inspired helmet and alongside Raikkonen’s Hunt design at the 2012 Monaco GP, the (at the time) Toro Rosso driver opted to celebrate another French racing driver: Jean Alesi. He was making his Indianapolis 500 debut on the same day as the F1 race, so Vergne wanted to do something to mark the occasion.

What are your favourite one-off F1 helmet designs? 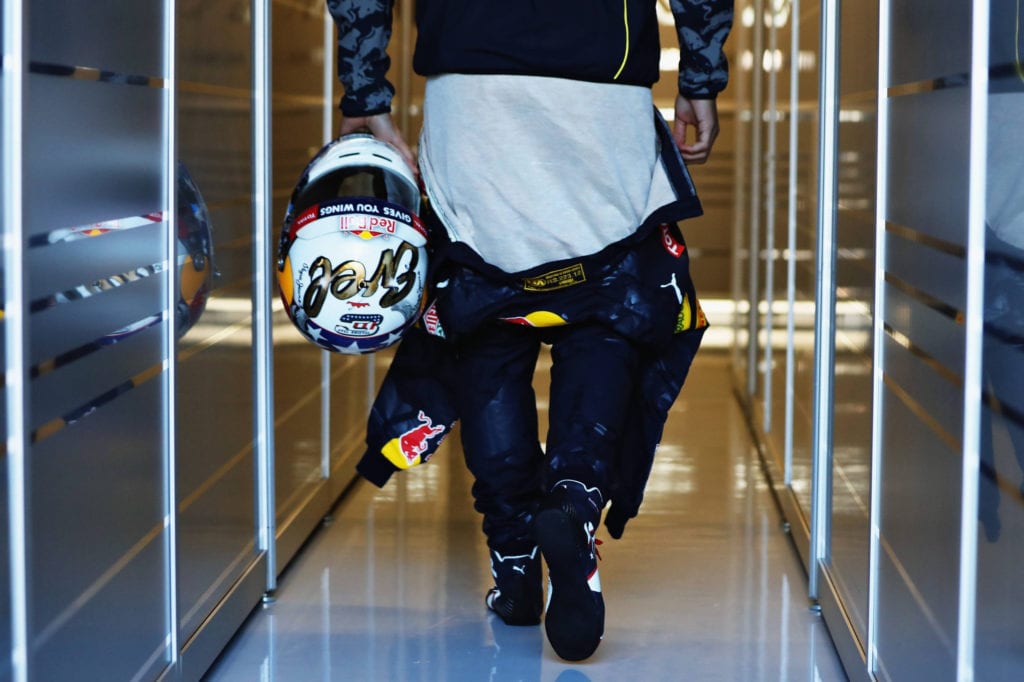