7 Of The Best Teammate Bromances In F1

The first target for any F1 driver at the start of a season is to beat their teammate. This has led to some fractured relationships – just look at Alain Prost and Ayrton Senna, or Lewis Hamilton and Nico Rosberg.

But every now and then a pair of teammates crop up who don’t just have a decent working relationship, but seem to get on genuinely well as friends. Here are seven pairings who got on way better than you’d usually expect of teammates.

McLaren went from having one of the bitterest driver pairings of all-time to one of the most light-hearted. When Alain Prost left for Ferrari in 1990, McLaren took on Gerhard Berger alongside Senna. Although Gerhard was a pretty rapid driver he generally wasn’t much of a match for Ayrton and this allowed for a slightly more relaxed atmosphere at the team than when it had been Prost and Senna.

Berger was known as a notorious practical joker which rubbed off on Senna, and during their three seasons together the two played a number of pranks on each other. The best of which had to be when Gerhard replaced Ayrton’s passport photo with an image of a penis, causing him to get held in detention at an airport in Argentina. In retaliation Senna glued all of Berger’s credit cards together.

Other famous pranks include the time Berger filled Senna’s hotel room with live frogs, Senna stealing all of his teammate’s clothes, and Gerhard throwing Senna’s shiny, new, supposedly-unbreakable carbon fibre briefcase out of a helicopter.

Danny-Ric seems to get on with everyone, but as teammates go, the relationship he currently enjoys with Max is the most entertaining on the current grid.

As well as getting on well in the numerous wacky videos that Red Bull puts out, the two are quick to engage in tomfoolery in press conferences as well. Like the time when Max told reporters that they live together and share a bed, or when Ricciardo poured water over him after the Malaysian GP.

Mind you, it’s easy to be light-hearted when you’re not in the fastest car – let’s seem them carry on like this if they end up fighting each other for the title this year…

It all started when Stewart struggled to beat a young Cevert in a Formula 2 race. He told team boss Ken Tyrrell how good he was and before long, Cevert was an F1 driver for Tyrrell.

Most of the drivers were great friends with each other back then, but even so, the Stewart-Cevert relationship was pretty special. As well as going on holiday with each other, Stewart actively mentored his young teammate – yep, he helped out the only person any racing driver has to beat – and saw him improve from a midfielder to a race-winner and regular podium finisher.

Stewart’s retirement at the end of 1973 would see him hand over the reigns and give Cevert the opportunity to challenge for championships, only for the Frenchman to be tragically killed in qualifying for the final race of the year at Watkins Glen.

These guys were friends long before they became teammates at Ferrari and even used to play badminton together (apparently Kimi was usually the winner). It’s said that imitation is the sincerest form of flattery, too, which might go some way to explaining the time Seb did an impression of his pal.

But even being a part of the same team hasn’t dented that friendship, with Vettel saying that Kimi is the best teammate he’s ever had. Awww. In fact, their harmonious relationship is probably a big part of why Ferrari have kept Kimi on for so long.

Considering how utterly ruthless Schuey was, you wouldn’t expect him to have been great at the whole ‘making friends’ thing, but apparently he was! When a young Jos Verstappen made his F1 debut with Benetton in 1994 the two of them hit it off.

Although there have been suggestions that Michael wasn’t always especially friendly or helpful to his teammates, Jos said that he was given plenty of help and advice. Their friendship remained even when Jos left Benetton, with the two families often going on holiday and spending Christmas together. They’d even occasionally go karting together – Jos claims Michael never beat him in a kart, but then he would say that!

Although Denny Hulme’s early F1 career was spent with the Brabham team he’d always been very close with fellow Kiwi Bruce McLaren and after winning the championship in 1967 decided to switch to join his mate in the Papaya cars.

Bruce had helped Denny’s career in the early 1960s and now, as teammates, the pair of them took McLaren to new heights. As well as winning in F1, the two went off and dominated Can-Am, leading the series to gain the nickname ‘The Bruce and Denny show’.

Bruce’s death in 1970 hit Denny hard, and although he helped keep the McLaren team together until his retirement from F1 in 1974, the loss of his friend had caused his motivation to suffer.

Who says any team bromance is limited to the drivers? Having a close relationship with their race engineer is important for any driver, but Felipe Massa and Rob Smedley took things to new heights.

Smedley’s guidance helped turn Massa into a race winner and title contender, with the added bonus for fans of the often humorous team radio messages. Who can forget the hilarity of ‘Felipe baby, stay cool!’ or – at the other end – the sorrow of “Fernando is faster than you”…

The bromance continued when Massa went to Williams as Smedley also ended up making the switch from Ferrari. Felipe may now have actually retired, but that doesn’t mean Rob will be able to get rid of him that easily, saying: “I’m going to miss him at work, but he’s my mate. Our wives are friends, our kids are friends, he’s like a little brother. He’s part of my family and I’m part of his family, that will continue, it’s not going to change anything.”

You can definitely feel the love. 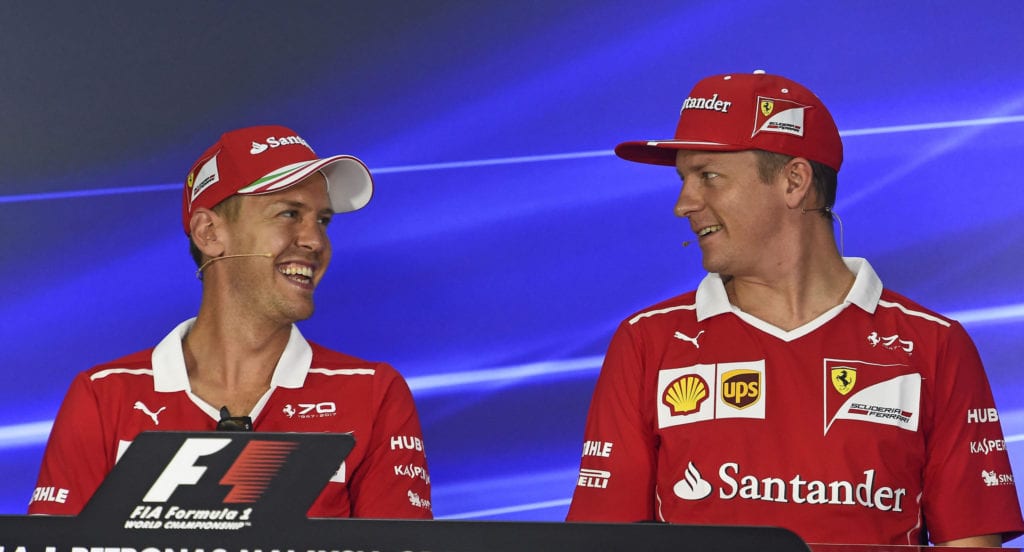