Looking at the stats, you might wonder why Dan Gurney was so well revered in F1 circles. After all, he ‘only’ won four grands prix, and never finished higher than fourth in the championship.

But Dan Gurney is one of those drivers for whom stats alone tell just a fraction of the story because he was so much more than just a really fast F1 driver. He was versatile, innovative, incredibly popular (there was once a campaign to get him to run for president!) and pioneered many innovations which are still being used today.

He was a true giant of motor racing (literally – he stood at six foot four) worthy of mentioning in the same breath as other legends from his era such as Jack Brabham, Mario Andretti, and Bruce McLaren. Here are just seven reasons why.

Gurney’s first major exploits in motor racing came driving Ferraris in sportscar events in the late 1950s. Being fast in a Ferrari back at a time when the Scuderia was competing in everything was a sure-fire way of making it to F1, and sure enough Dan had done enough to impress Enzo, who put him in one of his cars for four races during the 1959 season.

He immediately impressed, finishing second in Germany (only his second Grand Prix) and third in Portugal a few weeks later. More impressively, he’d shown himself to be as fast as (if not faster) than established drivers Tony Brooks and Phil Hill. Despite success with the Scuderia, Gurney decided to switch to BRM for 1960, but the cars were uncompetitive and unreliable. Though he regularly demonstrated his speed, there were no results to show for it.

Gurney joined Porsche’s factory F1 team in 1961 where a trio of second places helped him to fourth in the drivers’ championship. There might have been a win at the French Grand Prix, but he narrowly lost out to debutant Giancarlo Baghetti in a slipstreaming battle on the fast roads of Reims.

He’d finally get that elusive first victory the following year, winning in France to give Porsche it’s only F1 win as a manufacturer. Despite the strong performances, however, Porsche withdrew from F1 at the end of the season, leaving Gurney a free agent.

Jack Brabham had liked what he’d seen of the American. As well as being a fast driver, Gurney had the mind of an engineer, and so he was signed up to race for Brabham in 1963. Dan was immediately quicker than his teammate and boss, scoring the team’s first podium at Spa and following it up with two more at the Dutch GP and in South Africa.

In 1964 Gurney continued to churn out the results, taking back-to-back pole positions at Zandvoort and Spa, scoring the team’s first win in the French GP and then adding another in the season finale in Mexico. In 1965 there were no wins but Gurney did take five consecutive podiums, scored 25 points, finished fourth in the championship and continued to outshine teammates Denny Hulme and Brabham himself, who was beginning to consider retirement as a result.

Although Gurney enjoyed racing in Europe, he didn’t completely ignore the racing scene back in the States. In the early 1960s he was virtually unbeatable in a stock car at the Riverside circuit in California, winning the Nascar event there five times, including a streak of four in a row from 1963-66.

Then in 1967, again at Riverside, he overcame a puncture in an IndyCar which put him two laps down to steal victory on the last lap, in doing so becoming the first driver to win in Formula 1, IndyCar, and Nascar.

Add in his sportscar successes – he won Le Mans, the Nurburgring 1000km, the Sebring 12 Hours, Daytona and a few Can-Am races – and you’ve got one seriously versatile driver.

If Gurney had stayed with Brabham he’d have had a good chance at winning a couple of championships, but the allure of creating an all-American team to compete and win in F1 was just too strong. He already had a team called ‘All-American Racers’ in sportscars, so for 1966 set about taking the team to F1 with the Eagle Mk.I – arguably one of the prettiest F1 cars of all time.

Results in 1966 were nothing special, but once the car and its powerful Weslake engine came on song in 1967 it was a very different story. Gurney and the Eagle were one of the fastest combinations of the year, although reliability was so bad that he only finished two races all season. One of those was in the Belgian Grand Prix – the car was perfectly suited to the (frankly ridiculous) high-speed layout of old Spa, and he took victory. To this day it’s still the only American car to have won an F1 race.

Unfortunately the money for the programme became tight and from then until his retirement from racing 1970 he only sporadically appeared in F1, preferring instead to try and win the Indy 500 (one of the few things he didn’t manage to achieve – as a driver, at least).

That win at Spa capped off a period of time in 1967 which you could say that Gurney had some success. At the end of May, he qualified one of his Eagles on the front row for the Indy 500 and was a contender at the front until engine troubles caused him to drop out with just 40 laps to go.

Two weeks later and Gurney was in France for the Le Mans 24 Hours. Paired up in a Ford GT40 Mk.IV with Indy 500 rival A.J. Foyt, the duo weren’t expected to get the car to the end, but they took the lead in the second hour and stayed there until the end, winning by four laps. On the podium an overjoyed Gurney decided to spray the bottle of champagne everywhere, starting a tradition which has become synonymous with motorsport.

One week after that Le Mans triumph and Gurney was at Spa, winning the Belgian Grand Prix in his Eagle, proving that American drivers and American technology could well and truly compete in Europe.

Spraying champagne on the podium wasn’t the only trend Dan Gurney kickstarted. In the 1968 German Grand Prix he became the first F1 driver to wear a full-face helmet, a piece of equipment that nowadays would be unthinkable to race without.

Then there are his innovations as an engineer. Whilst his team was testing its IndyCar in 1971 he came up with the idea of putting a small flap on the trailing edge of the rear wing. This not only helped produce a load more downforce but did so without creating too much drag. It was dubbed “Gurney flap” and they’re still used throughout motor racing today.

In 1980, his AAR team came up with a completely different take on ground effect with this IndyCar. After flying through from last to first at Milwaukee and showing speed elsewhere the car was banned at the end of 1981, mainly because competitors didn’t really understand it.

It was also Dan Gurney who took a chance on the radical DeltaWing prototype which raced at Le Mans in 2012. He loved ‘out of the box’ thinking and didn’t like how modern motorsport rules effectively force cars to be more-or-less alike.

Whilst AAR had just the one win in Formula 1, success followed in other championships. The team won three Indy 500s and helped Bobby Unser win the IndyCar championship in 1968, and scored multiple wins during the early 1970s. An Eagle was also the first IndyCar to lap any track at an average speed of more than 200mph – and this was in 1972!

After leaving the IndyCar scene in the mid-1980s Gurney turned his team’s attention back to sportscars and had masses of success in GT racing. Then, in the early 1990s, the team engineered and raced a car so dominant that it killed an entire series. IMSA’s GTP championship was the American equivalent of Group C racing, with wildly powerful cars producing huge levels of downforce competing around the road courses of the USA.

Towards the end of 1991, AAR introduced the Toyota-powered Eagle Mk.III. Over the next two-and-a-bit years the team won 21 out of 27 races and cruised to two championships. By the end of 1993, no major manufacturers were interested in spending the money required to go up against them, and the series folded.

Jim Clark raced against some seriously good people during his career – think Jack Brabham, Graham Hill, John Surtees, Jackie Stewart and others. Yet amongst all that talent, Clark said that the one driver he feared more than any other was Dan Gurney.

But for all of his achievements in motor racing, whether behind the wheel or leading his team, it’s perhaps Dan Gurney the man who will be most fondly remembered. Mario Andretti has perhaps said it best:

“It’s a huge loss. I loved the guy. I really, really did. “He was the epitome of class, you can definitely make that statement about him. Anyone that ever knew him will second that.” 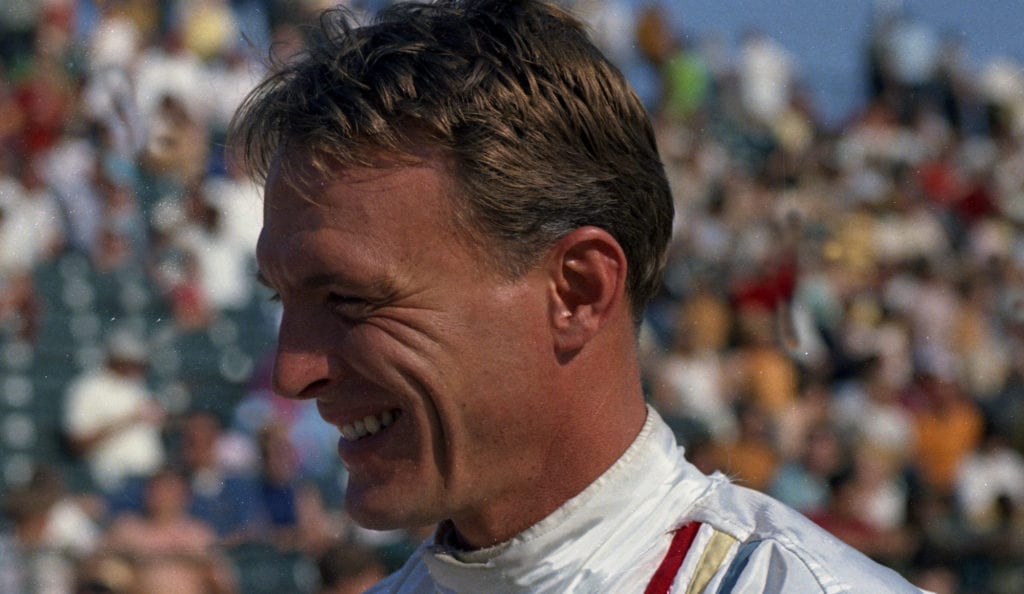