In the last few years the World Endurance Championship has skyrocketed in popularity, and with good reason. Sure, it’s a huge shame that the withdrawal of Audi has left the LMP1 class looking a little thin, but there are still plenty of things to get excited about this year.

It’ll be a straight fight in LMP1 this year between the Porsche 919 Hybrid and the Toyota TS050. Both cars look like spaceships, both pump out over 1000bhp and both teams have a line up of hugely talented drivers.

Porsche have won the title for the past two seasons but towards the end of 2016 Toyota started to look stronger and stronger. They’ve been pretty close at the Prologue event in Monza too (which is effectively a big pre-season test event for the championship) so there’s every reason to think we’ll be in for another close year at the front of the field.

Neel Jani, Romain Dumas and Marc Lieb won the LMP1 Drivers’ Championship for Porsche last year, but neither Dumas or Lieb are returning to defend it having been dropped in favour of the two guys Nico Hulkenberg won Le Mans with in 2015 – Nick Tandy and Earl Bamber. Mark Webber’s retirement from racing also opened the door for Audi refugee Andre Lotterer to join.

Bamber will team up with 2015 champions Timo Bernhard and Brendon Hartley in the #2 car, whilst the #1 car will be driven by Jani, Tandy and Lotterer, making for surely one of the most fearsome driver line-ups in recent years.

Over at Toyota things haven’t exactly been static either. One-time Minardi driver Stephane Sarrazin has lost his full-time seat, but will drive a third car at Spa and Le Mans along with former Toyota driver Nico Lapierre and young Japanese talent Yuji Kunimoto.

Sarrazin’s place alongside Mike Conway and Kamui Kobayashi in the #7 car has been taken by triple World Touring Car champion Jose Maria Lopez after he seriously impressed the team in tests last year. The #8 car remains unchanged, with Kazuki Nakajima staying alongside 2014 champions Sebastien Buemi and Anthony Davidson.

Oh, and some bloke called Robert Kubica will be driving for ByKolles.

The old LMP2 rules seemed pretty much perfect but because this is motor racing the ‘powers that be’ like to fix things that aren’t broken, so LMP2 has had an overhaul for 2017 in the name of cutting costs. There’s a lot less variety in terms of the different chassis this year – in fact, there’s no variety in terms of the chassis as every team is running an Oreca 07. But the cars will at least be a lot faster, with lap times expected to be around four seconds per lap faster at most circuits, and as much as 10 seconds at Le Mans

With 10 full-season entries all running basically the same cars LMP2 should be incredibly closely-fought this year. And if there’s a bit of unreliability in the small LMP1 field at some point, we could even see a P2 on an overall podium this year.

There are plenty of ex-F1 drivers in this class too, with Jean-Eric Vergne racing against the likes of Bruno Senna, Nelson Piquet Jr. and Vitaly Petrov. Rubens Barrichello will also make his Le Mans debut this year, driving an LMP2 car.

After taking a year out to develop their mid-engined 911 RSR (yes, a mid-engined Porsche 911!) Porsche are back with a factory effort in the GTE Pro category. They’ll be taking on Ferrari, Ford and Aston Martin in what is often the most closely-fought class in the championship.

Other big news in the category is that the championship has finally been given official World Championship status by the FIA, so there’ll be an extra bit of prestige for the teams and drivers.

Probably the biggest racing event of the whole year, the legendary Le Mans 24 Hours takes centre stage in the WEC, and with good reason. It’s still an utterly brutal event which never fails to disappoint in terms of drama and entertainment.

The race isn’t over until it’s over – it sounds like an obvious statement to make, but nowhere is that more true than at Le Mans. Just ask Toyota, who will be desperate to finally win the French classic after a quarter of a century of coming agonisingly close. In an effort to win it they’ve entered a third car for this year, but whether it’ll be enough to beat Porsche is another matter.

Don’t believe anyone who says that endurance racing is more about drivers managing their cars to the end and keeping them as unstressed as possible – that hasn’t been true for years. Endurance races are now full-on sprints, with drivers required to push the cars to their maximum for every lap of every stint.

As a result they’re not afraid to get stuck in and have proper wheel-to-wheel battles with each other, which over the last few years has made for some incredible racing on a par with anything you’ll see in single-seater categories.

There’s nothing like watching two really, really fast cars having an epic battle, only to then see two LMP1 cars blast past at a speed that makes the GT cars look static, all whilst having their own battle. It’s something that’s unique to the WEC – especially when it’s happening at 2am at Le Mans in the dark.

One of the turn-offs of endurance racing can be the perception that it’s hard to follow. After all, races are six hours long and there’s so much going on – how are you meant to understand all of it?

But thanks to the magic of the internet, that’s no longer the case. A quick check of Twitter or the WEC’s official app (which is excellent by the way) can tell you everything you need to know about positions, gaps, pit stops… anything.

And sure, you can sit and watch the whole six hours if you want, but the WEC is also great to just have on in the background and dip in and out of every now and then. The TV coverage is pretty good, with lots of highlights and updates throughout a race, and you’d be amazed at how quickly you can catch up with what’s going on if you’ve missed some of it.

The 2017 season gets underway at Silverstone from the 14th-16th of April – hopefully with no snow this year! 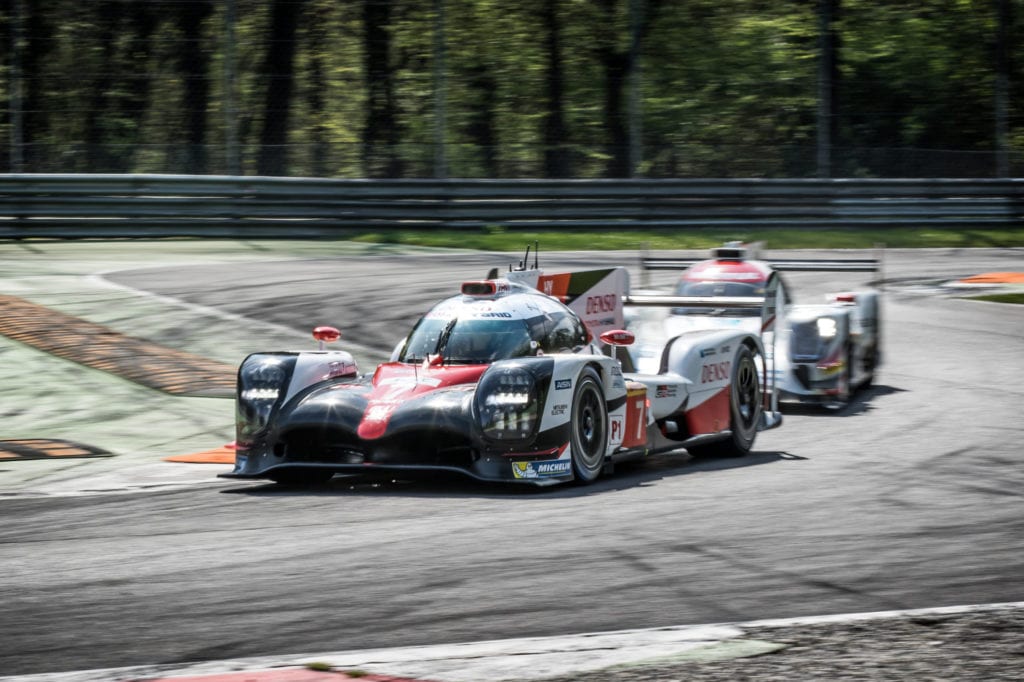