The first pre-season test is done. After four days – well, OK, three days (thanks, snow) of running in Barcelona the first lap times are in. On day one Red Bull was fastest, on day two it was Ferrari, on day three it was McLaren (ha!) and on the final day it was Mercedes.

What does it mean? Well, not a lot. After all, how many races a year take place in freezing, snowy conditions?! On top of that, we don’t know what programmes teams are running, what fuel loads they’re on, whether teams are sandbagging, or doing something else entirely. Chances are most of the cars will be very different for the next test, and then different again come Melbourne. We can try and get an idea about certain things though, so with that in mind, here’s what the first test has taught us.

‘Honda has been the problem for the last three years’, they said. ‘Getting Renault engines will put McLaren back near the front’, they said. It’s far too early to tell whether that’ll be the case or not, but McLaren’s initial running in testing hasn’t gone entirely smoothly.

Just six laps into testing, Fernando Alonso found himself in the gravel after a wheel nut came loose, setting back the team’s testing programme. On day two a loose exhaust caused damage that cost the team some running, then there were further concerns when it was found that the Renault engine was overheating and causing very visible burns to the engine cover, spoiling that glorious papaya livery.

Compared to the trials of the last few years with Honda, though, these are barely even problems. In fact, they’ve probably only got attention because it’s McLaren that’s having them. Even Fernando is still in banter mode.

Car is performing well in the snow so far. P1 in the morning session 👌🏻 pic.twitter.com/Gx16EgwhDE

These are the sort of small issues testing is supposed to iron out, though, and when the car is running the lap times are up there. Stoffel Vandoorne was second on day two, and on day four Vandoorne and Alonso were second and fifth with both drivers completing plenty of laps. Is the MCL33 on the way to being a truly competitive car?

Though Toro Rosso has been left with the Honda engines, everything has gone way smoother than you might have expected. In fact, things went so well that on the opening day, only Renault and Red Bull covered more distance than Brendon Hartley’s 93 laps.

The drivers continued to rack up the mileage throughout the test and the lap times weren’t too bad either. Of course, whether this can continue into the season is another matter, especially with just three engines to play with all year, but so far the signs are promising. Poor McLaren. Three years of utter hell only for another team to reap the benefits of the development. Maybe.

With every new season comes the faint hope that we’ll see a bit of a shake-up in the pecking order. It hardly ever happens, of course, and this year probably won’t be any different.

As you might expect, Mercedes and Ferrari are already showing signs that they’ll be somewhere near the front again, although Sebastian Vettel is already managing expectations by saying that he thinks Mercedes is the team to beat.

Red Bull usually finds itself in a bit of a rush at the start of testing but seems to have it together this season. The RB14 has been running well, at a good pace and, importantly, the drivers seem pretty happy with it. Will the team continue its front-running form from the end of last year? Your guess is as good as mine.

If the usual suspects do end up being the top three teams again, which – if any – of the others looks most likely to challenge them? Well, if Mercedes boss Toto Wolff is to be believed, it’s Renault. He reckons the French squad will make the biggest improvement from last season. If that happens, it could not only elevate the team to the fourth fastest but even threaten the big three.

Renault has shown good pace and reliability over the course of the first test, though there are rumours that the car the team is running now is nothing like the one it’ll use by the time the season starts. The ‘proper’ car could be even quicker… or a bit slower. It could turn to dust when it gets exposed to sunlight, bankrupt the team and leave Nico Hulkenberg and Carlos Sainz without a drive, such is the uncertainty of pre-season testing.

Teams go to Barcelona for testing for a few reasons. The track gives the cars a complete workout thanks to its varied corners, it’s not too far away for the teams to travel and ship new parts to, and the winter weather is sunny and mild. Usually.

Cold temperatures have provided less than ideal conditions, with Vettel saying that just keeping the car on the track in such cold weather was a challenge. That got even worse on day three, where much of the running was lost to snow. The bad weather was predicted and there was a proposal to add another day of testing to compensate, but two unnamed teams blocked it. Spoilsports.

Christian Horner reckoned the sport should look to test in Bahrain in the future (as it has done in previous years), saying that even though it would cost more up front, it’d ultimately be cheaper than sitting around in Barcelona doing nothing. Haas countered by saying that it’d have a massive negative knock-on effect for the smaller teams. The season has barely even begun and already the teams are bickering…

No, it doesn’t obstruct their vision and yes, it’s going to stick around, but drivers have discovered some unusual quirks of the Halo.

Sainz found out that the pillar has the effect of deflecting rain way from the driver’s visor, making it difficult to tell how much it’s raining – if at all. Sure, they can get that sort of information over team radio, but any sudden showers at places like Spa or Silverstone could be interesting…

Another unusual problem was discovered by Pierre Gasly, who got caught out by the winglets on the Halo. Whilst getting in and out of the car he snagged his firesuit and ripped a hole in it. However, perhaps the most unexpected thing about the Halo is that on some cars, it doesn’t actually look all that bad.

Of course, this is the one thing that testing can categorically tell us is 100 per cent true, and it’s bad news for Hamilton fans. He only completed 25 laps on day one and 69 laps on day four for a total of just 94 laps. If you want to know how woefully bad that is, it’s less than half the number of laps McLaren-Honda managed in the first test last year!

Compare that to the 212 laps Valtteri Bottas drove during the test and it’s clear all those extra laps will have given the Finn a significant psychological advantage. It’s going to be impossible for Hamilton to overcome that and win the championship, isn’t it? The fact he went fastest on the final day just doesn’t matter.

Testing reveals everything, and it’s revealed that Hamilton won’t be adding a fifth title in 2018. 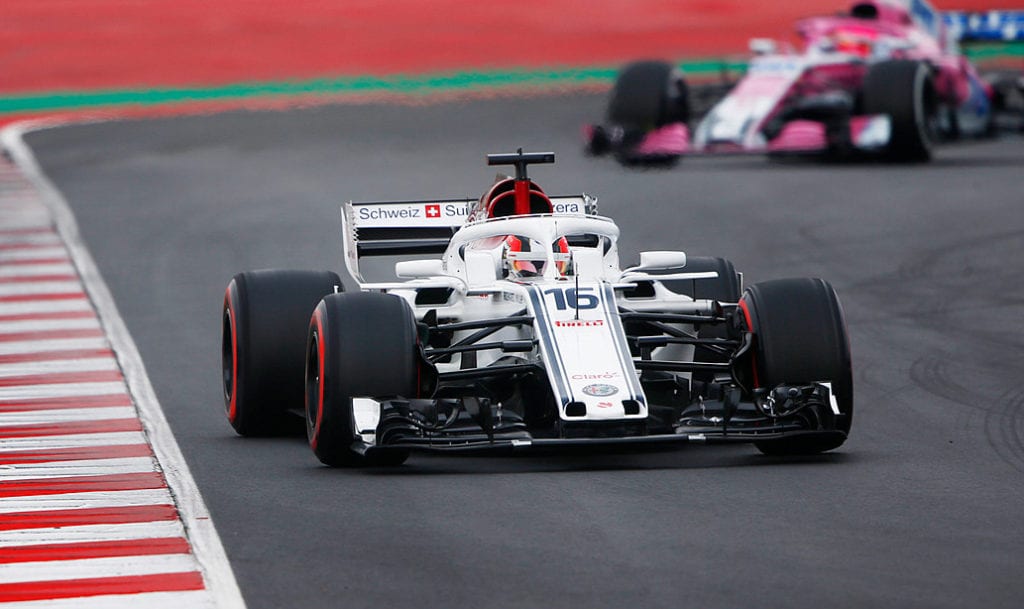