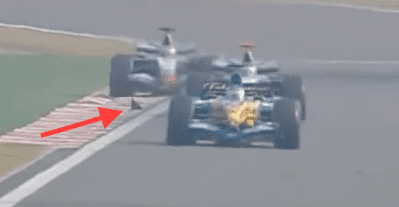 As RoGro’s scary FP2 shunt showed, drain covers coming loose in motorsport is unfortunately still a thing. Even though they get welded down prior to an event, the huge downforce levels can practically suck the covers out of the ground, causing huge damage to any car which runs over them.

Thankfully there have been no serious injuries as a result of it yet, but worryingly it’s happened a few times in F1 over the past couple of years, with other championships also suffering from issues. Here are seven times it drained on someone’s parade.

Though obviously not a great thing, at a brand new street circuit you might understand if there are one or two teething problems, and that’s what happened in Baku in 2016.

After it was discovered that the bolts holding the kerbs down were causing punctures, a drain cover in the pit lane decided it wanted to join the party of problems. Valtteri Bottas was on his way back from an installation lap at the start of FP3 and ran over the metal grate.

Even in the low(ish) speeds of the pitlane, it was enough to damage the sidepod of the Williams so much that Bottas had to sit out the rest of the session.

Baku wasn’t even the first time drain covers had been a story in F1 in 2016. A couple of races earlier in Monaco, Jenson Button’s front wing was obliterated in FP1 when a drain cover was flicked up by Nico Rosberg, who also suffered a puncture in the incident.

When Rubens Barrichello dramatically crashed out of the 2010 race on the run up to Massenet, it appeared the cause had been a simple puncture. Later in the race the safety car was deployed to fix a loose drain cover at the same spot, but it wasn’t until after the race that it became clear the two incidents were connected.

Upon analysis of Barrichello’s damaged car, Williams concluded that it was actually the drain cover which caused the crash after it hit the car’s suspension.

The battle for the 2005 constructors’ championship was finely poised between Renault and McLaren at the season finale in Shanghai. However, McLaren’s hopes went (ahem) down the drain when Juan Pablo Montoya ran over (yup, you guessed it) a loose drain cover.

Although JPM was able to keep going for a while, the cover had pierced a hole in the floor and damaged the radiator, eventually causing him to retire from the race.

Montoya’s untimely meeting with the drain cover seemed like a freak incident, but the Shanghai International Circuit had form for loose drain overs that year.

Just a few months before the Grand Prix, the V8 Supercars championship visited the circuit and Mark Winterbottom met the same fate. The drain cover pierced a hole right through the floor, coming worryingly close to the driver’s seat and putting the car out of commission for the entire meeting. Not exactly a grate situation…

Yup, Shanghai again, but this time it was on the street circuit during an exhibition event for the DTM and not the permanent circuit.

Mr Safety Car driver himself Bernd Maylander was thrown into the air when his car hit a dislodged drain cover at the start of the race. There was a lengthy delay as workers went round and welded all the drain covers down, which took so long the first race of the weekend had to be cancelled.

The repairs seemed to do the trick as the second race went off without a hitch, though Maylander’s car was too damaged to participate.

Perhaps the most graphic illustration of how much damage a loose drain cover can do came during the Canadian round of the 1990 World Sportscar Championship at the Circuit Gilles Villeneuve.

Jesus Pareja’s Porsche 962 hit a manhole cover which had been torn out of the ground by a car ahead, such was the massive downforce of the Group C cars of the era.

The cover penetrated right through the car and the fuel tank, causing the car to burst into flames. A couple of other cars were also collected by all the bits of debris flying around.

The video above shows the start of the crash, and this one shows the aftermath (skip to the five-minute mark).

Amazingly Pareja was OK, but it shows just what damage a drain cover can do to a race car if it hits it in the wrong way (as if there’s a right way to hit one!).

F1 Is Launching Its Own Perfume Range For Some Reason