Ken Smith is competing in his 47th New Zealand Grand Prix this weekend and will be pitting his experience against some very junior drivers. Having first entered the event in 1964(!) Smith has gone on to win the event on three occasions, his first arriving in 1976 when the race was run with Formula 5000 cars. He won again in 1990, and his most recent victory arrived in 2004 at the plucky age of 62.

Smith continues to give back to a motorsport scene that has served him well. In 1987 he was awarded an MBE for services within motorsport and he also enjoys mentoring duties over Australian F4 driver Liam Lawson, as well as competing in historics, where even massive accidents like this one from last year can’t put him off!

It’ll be the first time Smith has raced a car with a paddle-shift gearbox and he’s anticipating some issues getting to grips it, but how can anyone assume that this won’t be resolved given that the 76-year-old brings vast experience, and will definitely be hoping to teach a few of the younger drivers (including Ferrari juniors Marcus Armstrong and Robert Shwartzman) some tricks. On the upcoming race at Manfield, Smith said:

“I have no expectations of how I will go, I’ll just do the best I can do. I drive the old Formula 5000 cars with one hand at times. You can’t do that with paddle shift. You’ve got to keep your hands on the wheel to change gears.”

The New Zealand Grand Prix commences this weekend and if Smith should win, maybe a Formula 1 team should make some inquiries, although he’d be better off avoiding Williams because apparently there are no mentoring vacancies at present, such is the abundance of knowledge in that garage.

His competitiveness in this upcoming race will surely have drivers like Fernando Alonso rubbing his hands given that his 36 years on Earth makes him considerably vintage for F1‘s increasingly youthful demographic. If Fernando could match the precedent set by Smith, we have approximately 86,500 more stories to come about what racing series he’ll be competing in. 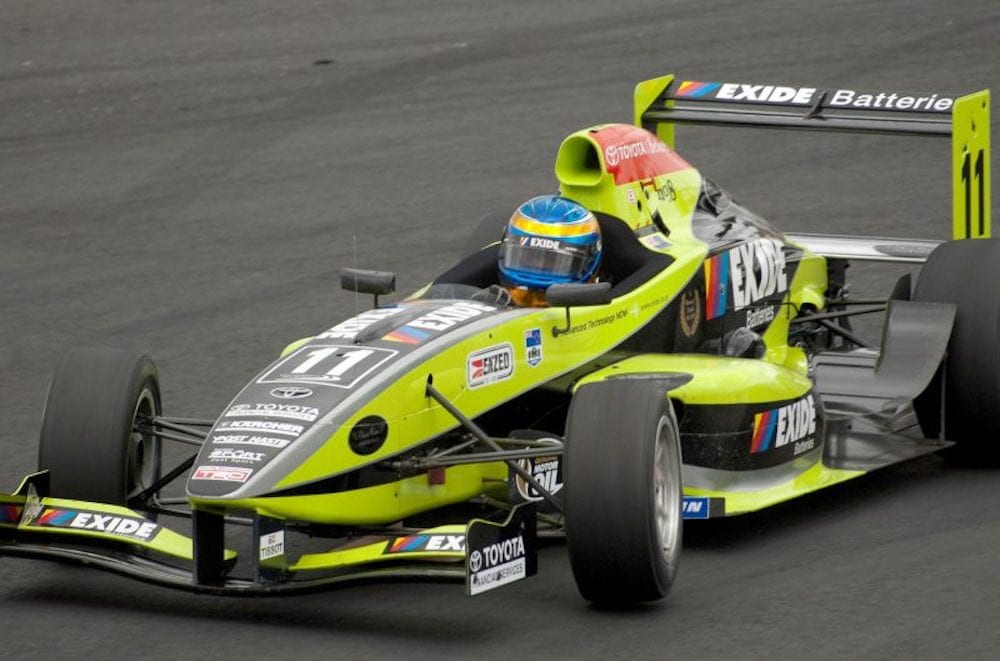