8 Cars All Crashed At The Same Corner In The Seoul Formula E Race – WTF1
Skip to content
×
Crash , Formula E

Formula E just had another bizarre incident in which eight drivers went into the barrier at the same corner at the end of the first lap of the race.

While it looked fairly comical at first, there was a lucky escape for Mercedes driver Nyck de Vries who crashed straight into the back of Sebastien Buemi and got wedged under his Nissan. De Vries was unhurt and no doubt another driver thankful for the introduction of the Halo.

And why did they all crash at once? No one’s really sure – some drivers talked about the track or white lines being more slippery than they expected, or not seeing their braking point in the spray, but there wasn’t a big obvious cause. Seeing a bunch of cars go off in front of them probably didn’t help the last crashers spot where to brake either!

Great to see all seven drivers walk away unscathed from this incident at the start of the race.

Round 15 is currently under red flag conditions as the cars are recovered from the track.

Andre Lotterer, Oliver Turvey, Dan Ticktum, Oliver Askew, Norman Nato and Nick Cassidy were also involved, the latter having won last month in New York after a similar incident where multiple cars went skating off the road – including Cassidy himself! He still got the win on the countback rule where the result was based on the lap before the red flag.

This weekend’s action takes place from Seoul in South Korea, with Stoffel Vandoorne looking set to take the Formula E title in tomorrow’s race having a 21 point lead with 29 points left to play for. 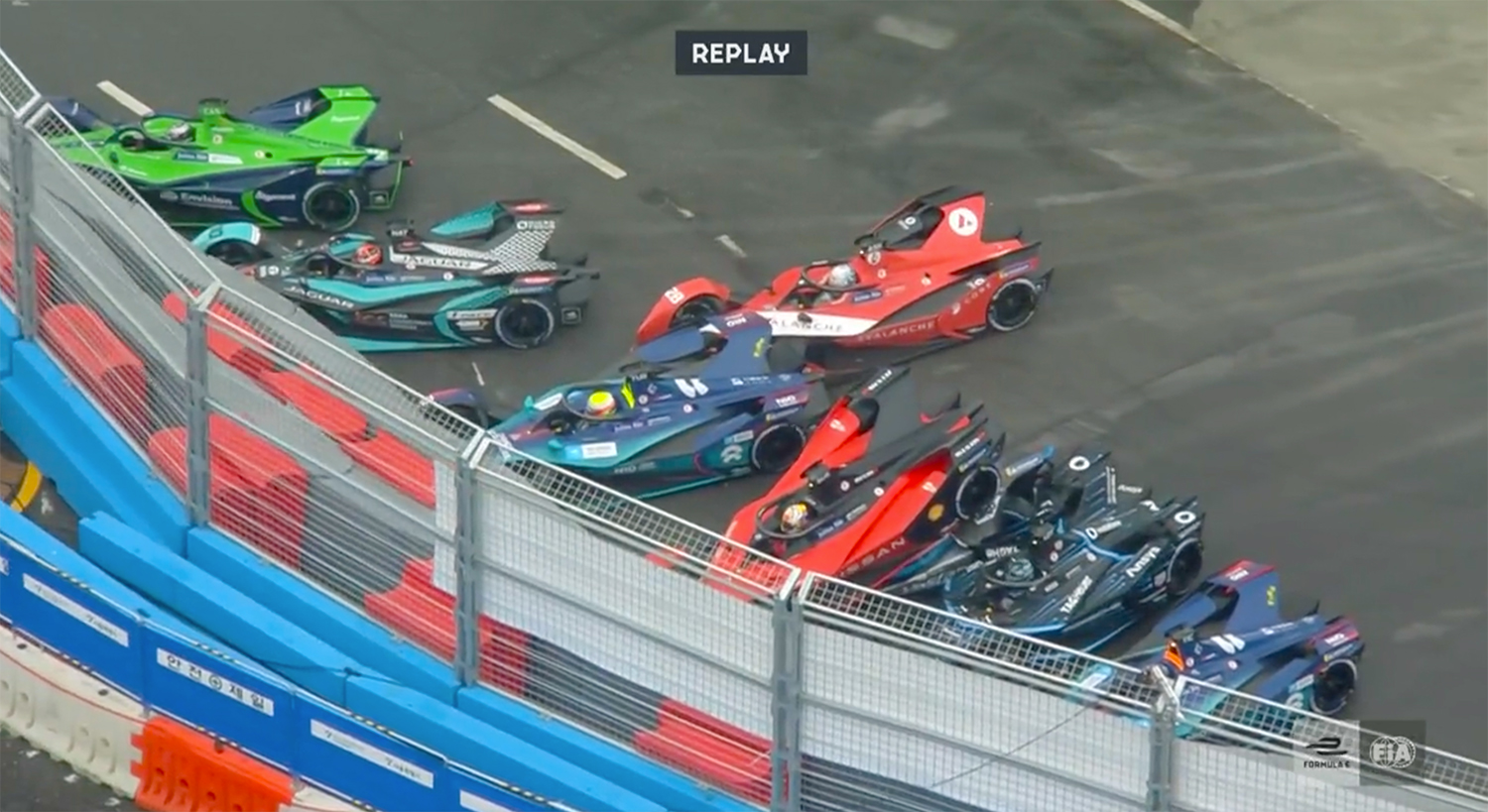 Formula E Driver Wins Despite Ending His Race In The Barrier