8 Classic F1 Racing Game Intros To Get You All Nostalgic – WTF1
Skip to content
×
Formula 1 , Gaming

8 Classic F1 Racing Game Intros To Get You All Nostalgic

The racing games we grew up with hold a special place in our hearts and even just watching back the intro clips can get us reminiscing about the hours and hours we spent playing them.

F1 games have been around for a while now and there have been some absolute classics over the years, so we thought we’d go for a trip down memory lane and sample some F1 gaming nostalgia from the past.

This was one of the earliest F1 games and while the intro wasn’t particularly long or detailed, it was definitely short and sweet – showing off a lot about the sport in just under a minute.

It had a bit of a mysterious, unusual vibe to it – peak 1990s – and certainly got us feeling all nostalgic about F1 gaming from the past. How about you?

You know it’s going to be a good game intro when Murray Walker features in it. Enough said…

This one immediately made me smile as soon as it started. F1 Championship Season 2000 was the second F1 game released that year (we were spoilt for choice back then).

It was the first racing game I ever got and so holds special memories of me playing it on my PlayStation back in the day. The music and montage of F1 footage just got you completely hyped for the game – although why they only used footage from the French GP, we’re not sure…

OK, so this one is pretty sure but it gets straight to the point and the music is brilliantly cheesy – perfect for an F1 game intro. It kind of sums F1 up though, even in those 30 seconds or so.

This game was an absolute beast and so was the intro, it just got you completely hooked on F1 and what F1 05 was all about. It wasn’t really like any F1 game intro we’d ever seen before and looked awesome for its time.

So, F1 2006 probably isn’t quite as good an intro as F1 2005, but it’s still pretty mega – a good tune, in-game footage and summing up the sport quite well. We all tried to recreate some of the crashes, right?

After a short break, F1 games returned with Codemasters in 2009, although it was slightly rubbish and for the Wii. Then came F1 2010 for PS3 and Xbox 360 and there was major hype surrounding it.

We weren’t disappointed, the game was a huge step forward and the intro was pretty cool too – loads of cool in-game shots, action and giving you a feel for just how immersive the new F1 game was. NOSTALGIA OVERLOAD.

Codies took a different route for the intro of F1 2011 and it worked really well. This game had a lot more focus on career mode and living life as the driver, so there were a lot more atmospheric paddock shots and glimpses of what was to come with the game.

The music was cool too and always gets our feet moving. Plus, probably the best thing was the fact they recreated moments from the F1 2011 season through the intro – like Vitaly Petrov’s incredible jump in Malaysia.

What other F1 game intros get you feeling all nostalgic? Let us know in the comments! 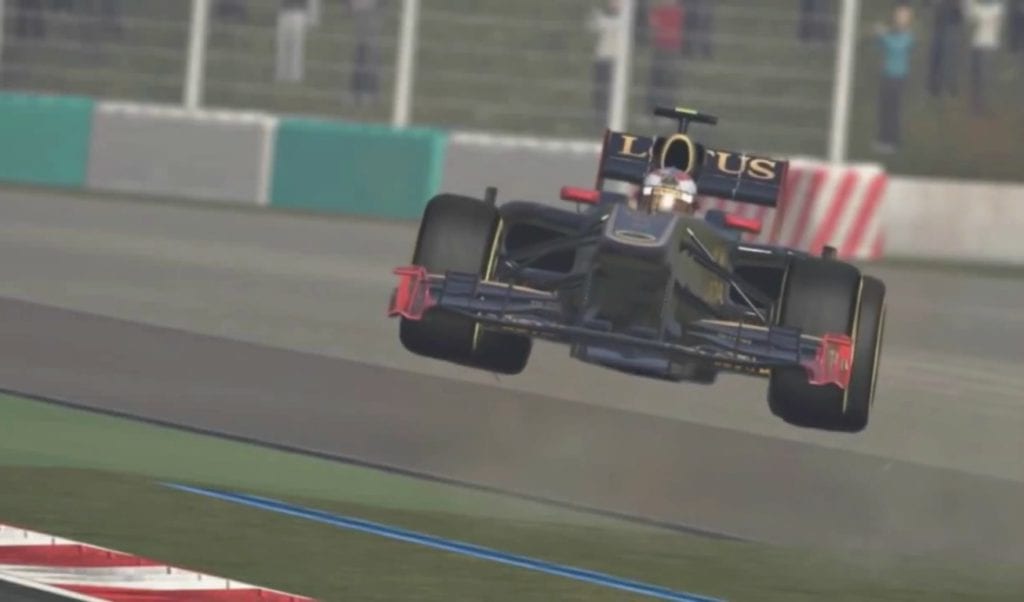