The vacuum in Red Bull’s junior programme at the moment means that both Toro Rosso seats seem to be up for grabs by virtually anyone. Last year the team showed it was willing to look to the past by recalling Brendon Hartley – could the same thing happen again?

If so, here are eight former members of Red Bull’s junior programme who we’d love to see get another chance in F1.

Buemi raced for Toro Rosso from 2009-2011 and always seemed pretty promising, yet at a time when Red Bull’s ladder was particularly crowded, he lost out. He went on to have success elsewhere, becoming both a Formula E champion and World Endurance champion, as well as a Le Mans winner.

He’s also stuck around on the fringes of F1 as a test and reserve driver for Red Bull, so he’s clearly still valued. In fact, Helmut Marko admitted in an interview with Motor Sport Magazine last year that things could have gone differently for Buemi:

“They all had potential but there was always a reason [for drivers to be dropped] – with the exception of Buemi who was wrong time, wrong place. If it was now I think he would have made it at Red Bull.”

It’s hard not to feel sorry for Kvyat. It was a surprise when he went straight from GP3 to F1 in 2014 before being promoted to Red Bull after just one season, only to lose all confidence and slip back down the grid almost as quickly as he’d gone up it.

He’s spent this year doing some simulator work for Ferrari, and rumour has it he’s actually top of the list for a return to Toro Rosso. When everything comes together for him, he can be rapid – and spectacular. Should he make a return, let’s hope the torpedo has some more reliable guidance systems.

Vergne was slightly unlucky to miss out on a promotion to Red Bull not once, but twice – Daniel Riccardo took over from the retiring Mark Webber in 2014, and then Kvyat jumped the queue to replace the Ferrari-bound Sebastian Vettel in 2015.

Like Buemi, he was pretty strong during his three years for Toro Rosso, has gone on to have success in endurance racing as well as winning the Formula E championship. Could he return to F1? Well, given that he already told us he wouldn’t, probably not!

Of the many Red Bull juniors not to get an F1 chance, da Costa’s omission seems like perhaps the harshest. In 2012 he was absolutely smashing it in the junior formulae, most impressively winning four of the last five races in Formula Renault 3.5 and finishing fourth in the championship despite missing five of the 17 races.

He was beaten to the title in 2013 by Kevin Magnussen and Stoffel Vandoorne (mainly as a result of horrendous reliability) but looked a shoe-in for Toro Rosso the following year – only for Kvyat to get the seat instead. Since then, outdated Formula E machinery has relegated him to something of an also-ran, whilst his time racing for BMW in the DTM has led him to its WEC programme.

We’d love to see him get finally get the chance in F1 that he surely deserved five years ago.

Albon was made a part of Red Bull’s junior squad in 2012 ahead of his first season of car racing, but a difficult year in Formula Renault saw him dropped from the programme at the end of the year. Since then he’s really come on strong, almost beating Charles Leclerc to the GP3 title in 2016.

This year he’s been something of a surprise contender for the Formula 2 championship, despite some bad luck with reliability and the fact he didn’t even get a contract to race the full season until three rounds into the season. He’s repeatedly proved that he can be mentioned in the same breathe as some of the hottest F1 prospects around in Leclerc, George Russell and Lando Norris, yet doesn’t quite get the recognition he deserves. Sure, things didn’t go brilliantly the last time Albon was affiliated with Red Bull, but he’s a completely different driver now. He has to be worth a shot.

Wickens was a Red Bull junior from 2006-2009, but after finishing second in the 2009 F2 championship (a completely different series to the F2 of today) he was dropped from the programme. That didn’t stop him from having success, finishing second in GP3 in 2010 and winning FR3.5 in 2011, but an F1 chance passed him by. After six rather successful years in the DTM, he made the switch to IndyCar for this year, where he instantly proved that he was still a fine single-seater driver, almost winning his first race.

His impressive season continued until his horrific accident at Pocono a few weeks ago. It’s yet to be determined how much of an effect that will have on the rest of his career – but imagine a best-case scenario where he heals up quickly and suffers no ill-effects from the accident. He was good enough to be an F1 driver in 2011, and a fully fit Robert Wickens would be good enough to be one now.

What if I told you an experienced, points-scoring F1 driver was available. A driver who has knowledge of the Red Bull system, is statistically only a fraction of a second slower than Ricciardo, and who has worked with Honda engineers in a single-seater championship for the last two years. What if I told you that driver was Narain Karthikeyan.

Believe it or not, Karthikeyan was a Red Bull driver back in 2004 when he was competing in World Series by Nissan. He was dropped from the programme at the end of the year and debuted in F1 with Jordan in 2005. He made a surprise return with HRT in 2011 and though he spent most of the time towards the back, he was solid and dependable.

As somebody who’s spent the last few years racing in Japanese Super Formula, working with Honda at Toro Rosso would be like second nature, bringing value to the main Red Bull team, too. He’s also a known quantity – during their one grand prix together as teammates in 2011, Karthikeyan qualified just 22-thousandths of a second behind Ricciardo and beat him in the race. Toro Rosso hiring him for next year is a no-brainer, surely?

OK, so Berger wasn’t technically a Red Bull junior driver, but he was the first F1 driver to ever be sponsored by the company (back in 1989). And of all the drivers not currently racing in F1 who have a previous association with Red Bull, Berger is by far the most successful with 10 grand prix victories. He also used to own Toro Rosso, during which time the team achieved its only win, so he clearly knows a thing or two.

As a bonus, Red Bull loves a record. They helped Max Verstappen become the youngest ever F1 driver and at 59 years old, Berger would comfortably become the oldest. Fans would love it! 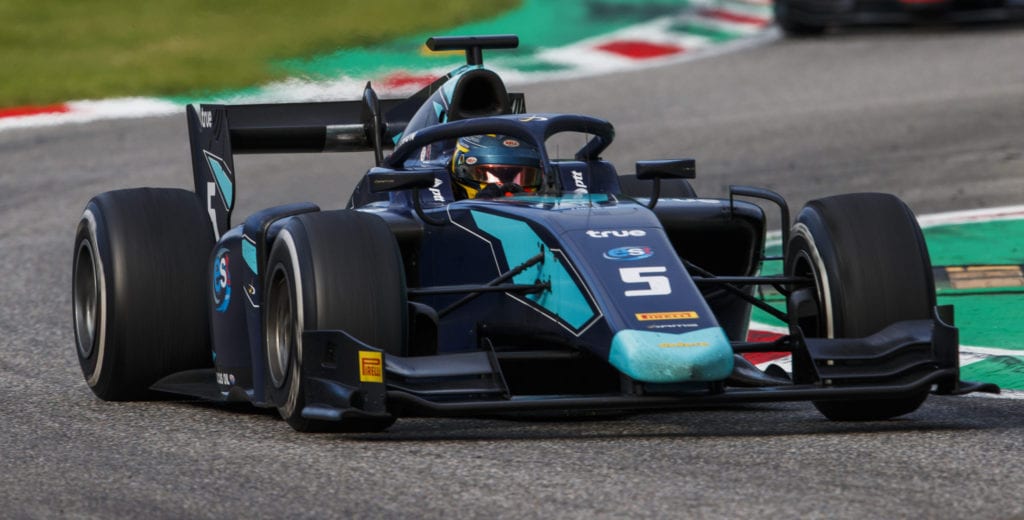