If you think about the vast number of cars that have tackled Le Mans over the years and the technology involved, it’s clear there’s a massive range of engine noises.

From throaty classics to whirring hybrid machines, there’s been a lot of cool-sounding cars at Le Mans and they’ve changed a lot since the race began.

So, we thought it’d be fun to take a look at some of the most crazy-sounding Le Mans cars in the race’s history. It proved to be a pretty fun article to research…

The 1991 Le Mans-winning Mazda 787B is not only one of the best-looking prototypes in endurance racing history, but it also sounds absolutely mad (in the best way possible) too. The only Japanese car to win the iconic race has a distinct sound due to its four-rotor Wankel engine.

Powered by a meaty, high-pitched Matra V12, the MS670 proved to be a successful prototype at Le Mans (winning for three successive years from 1972-1974) but it’s arguably best-known for its howling engine sound. Not heard it before? Watch out for your jaw hitting the floor.

Jaguar has made a lot of good-looking and good-sounding Le Mans cars, but the best has to be the XJR-12, which won the race in 1990. The elegant machine sounded anything but, with a loud and boisterous noise from its 730bhp V12. Amazing, just… amazing.

The Porsche 917 is a two-time Le Mans winner and was used in various guises, all of which featured a flat-12 engine. One of them even clocked a mammoth 224.4mph at the Circuit de la Sarthe. If you’re looking for the definition of what a “throaty engine sound” is, then look no further than the 917.

OK, so not everyone will agree with this pick, mainly because the R18 e-tron quattro is a lot quieter than the other engines on this list. But, the whirring of hybrid technology merging with the deeper grumble of the V6 turbo-diesel engine makes for a unique and out-of-this-world sound that has us in awe.

This is definitely the most obscure car on this list. But, if you want something a little different, the Howmet TX is the engine sound for you. It used a gas turbine engine, and remains the only turbine-powered car to win a race (two Sports Car Club of America victories and qualifying sprint triumphs). The spaceship-sounding beast was raced at Le Mans in 1968 but it wasn’t so successful…

It’s not just prototypes that sound absolutely insane. The Corvette C7R won the GTE Pro class of Le Mans in 2015, but didn’t fare so well the following year. Nevertheless, the car still has its meaty, amazingly-loud engine sound from the naturally-aspirated V8 and it’s arguably the best noise on the current grid.

The McLaren F1 GTR is most famous for winning the 1995 Le Mans race outright against the mighty prototypes, but it’s also incredibly well-known for the monstrous noise from its BMW V12 engine (which was modified further for the Long Tail version, which is in the above video). Wow.

These are just a few awesome-sounding Le Mans cars, what others are your favourites? Let us know in the comments! 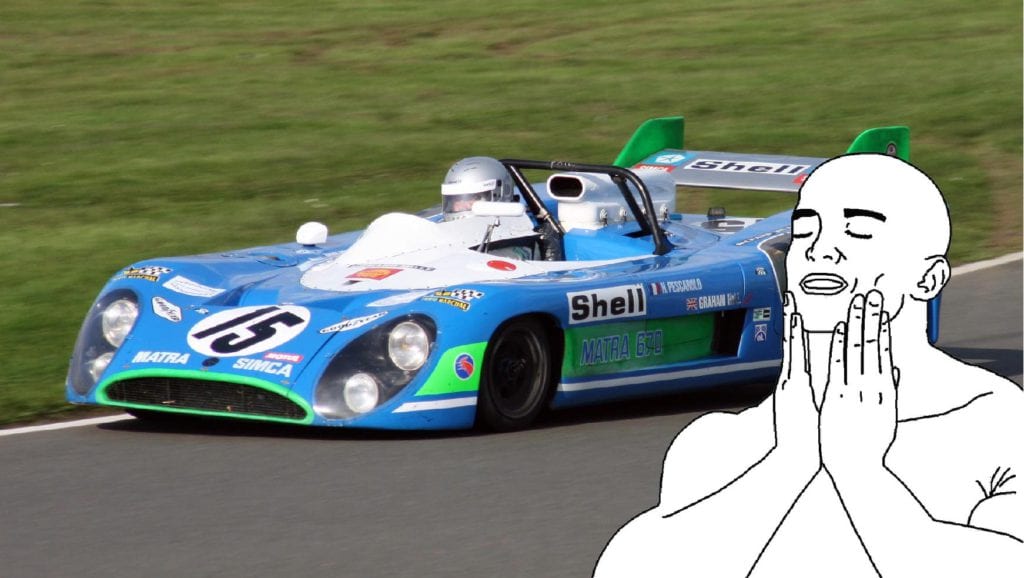