The combination of safer cars, longer seasons, and drivers entering the sport at a younger age has meant that F1 careers are becoming longer than ever. That’s how the recently departed Marcus Ericsson managed to rack up 97 starts in just five seasons. In fact, it would have been a nice, round 100 if Caterham hadn’t gone belly-up in 2014, which would have made him the only driver with exactly 100 starts. Anyway…

Although he’s been better than many people give him credit for, it’s probably fair to say that Ericsson’s reasonably lengthy career hasn’t entirely been down to talent – though you do have to be fairly competent to stick around for five years. As a result, his 97-race career makes him the 73rd-most experienced F1 driver of all time – which might not sound impressive until you realise that 761 drivers have taken the start of a championship round of Formula 1. That number includes those who raced in the Indy 500 when it was a part of the championship from 1950 to 1960, but not those who entered Formula 2 cars in a Formula 1 race. F1 history is a complicated beast at times!

It also means that Ericsson has started more races than some fairly iconic names in the history of the sport. Here are just eight.

Clark was the benchmark driver of the 1960s and is still considered by many to be perhaps the greatest F1 driver of all time. Despite racing from 1960 to 1968, back then seasons only had around 10 championship races, which makes his career stats of 25 wins and 33 poles from 72 races even more impressive. He’d surely have bumped those numbers up a lot more had he not been killed early in 1968.

It felt like Montoya was around for much longer than the five and a half seasons he spent in the sport. Probably because for most of it, he was at (or near) the front of the grid and was rarely too far away from some kind of action.

By modern standards, 94 races isn’t a whole lot for a front-line driver but in that time he packed a lot into his career. Seven wins, 13 poles, 30 podiums, and a championship challenge in 2003 makes him one of the most memorable drivers of the 21st century so far – mainly because he was one of the few able to take it to Michael Schumacher.

Amon had the talent to be a champion but ended his time in the sport with not even a win to his name, despite leading 183 laps across seven different races during his career.

The New Zealander made his F1 debut in 1964 and raced until 1976. That’s a staggering 14 seasons – sure, he didn’t start every race in every year, but you’d still expect such a long career to result in at least 100 races, right? Well, yeah, it did – he actually entered 108 grands prix. However, a few failures to qualify and missed starts mean his race start tally sits at just 96 – one behind Ericsson.

If it’s maximum impact in a relatively short career you want, look no further than Gilles Villeneuve. His career lasted just four full seasons (plus a few races in 1977 and before his death early in 1982) but in that time he established himself as one of the true icons of the sport. In fact, despite winning just six races, some even go as far as to include him the discussion of the greatest drivers ever.

Like Ericsson (yes, we’re directly comparing Ericsson and Villeneuve, deal with it), Gilles also spent much of his short career driving some seriously uncompetitive cars. Unlike Ericsson however, a good race for Gilles didn’t mean making Q2 and scoring a point – it meant wrestling a Ferrari with no downforce onto the front row and then winning. At Monaco.

Given how highly-rated he is and how excited we all are for his F1 comeback with Williams in 2019, Kubica’s has actually done surprisingly few F1 races (for now, anyway). Getting just 76 starts under his belt for BMW-Sauber and Renault before his accident, Kubica is actually less experienced than even Max Verstappen (81 starts).

In fact, at the end of 2019, he’ll still only be level with Ericsson on starts – and that’s assuming he manages to take the start of all 21 races!

The quintessential 1970s F1 driver slipped down the grid almost as quickly as he rose up through it. Three outstanding seasons for Hesketh resulted in a McLaren drive for 1976, where he promptly won the title. In the next two seasons however the team slipped down the grid and Hunt’s motivation dropped with it. After half a year with Wolf in 1979 he called it quits.

A couple of attempted comebacks might have pushed him over the 100-mark had they come off, but as it was, Hunt’s career tally stands at just 92 starts, five behind Ericsson. However, if you count races started in the commentary box, Hunt would be well ahead of most drivers…

OK, so Trintignant is hardly a household name among F1 fans with just two wins to his name (both at Monaco) but his inclusion here is to highlight how much F1 has changed over the decades.

Trintignant made his debut in 1950 and was on the grid for most of the races each year from then until 1964. At the time of his retirement, Trintignant held the record for the most race starts with 81. It took him 15 seasons to achieve what a modern driver can knock off in just four – and without such a high risk of being injured or killed.

Yes, we really will find a way to squeeze Maldonado into any listicle. It’s almost mandatory at this point. The careers of Maldonado and Ericsson actually look broadly similar on the face of it. Both spent a lot of time in uncompetitive cars, both had quite a lot of retirements, and both only managed the occasional points score.

And yet, sticking out like a thumb that’s become sore from giving out too many seals of approval is Pastor’s one, glorious victory. It shows just what a remarkable result that was and what an incredible set of circumstances came together to allow it to happen. Who knows, maybe if Ericsson had raced in the height of the bonkers Pirelli tyre era, perhaps he’d have won a race too. The rest of their careers are reasonably similar, after all…

There are, of course, plenty more notable drivers who started fewer races than Ericsson. Trintignant aside, we didn’t include anyone who raced in the 1950s, because that would simply be too easy – after all, there were only 84 championship races in total throughout the entirety of the decade.

He’s also started more grands prix than a load of race winners, including Patrick Depailler (95), Didier Pironi (70) and Stirling Moss (66), as well as more starts than any Japanese driver has managed (Ukyo Katayama is the highest with 95).

Had Ericsson competed in those three extra races in 2014, he’d be ahead of three more drivers on the list. Three-time champion Jackie Stewart famous started 99 grands prix after withdrawing from his final race following the death of teammate Francois Cevert. Bruce McLaren managed 98 starts between 1959 and his death in 1970 – another example of just how many more races there are now than there was in the past.

The other driver he’d be ahead of was kind of the 1990s version of Ericsson. Pedro Diniz drove in F1 from 1995 to 2000 for Forti, Ligier, Arrows, and Sauber, and initially got his chances because he brought funding. However, over the years he developed into a solid, occasional points-scoring driver who also brought the benefit of cash. Much like how Ericsson occasionally impressed in 2018 with his performances relative to Charles Leclerc, Diniz did the same in 1997 when he was teammates with Damon Hill, and even outscored Sauber teammate Jean Alesi in 1999.

In a way, you could say it’s appropriate that these two should end up next to each other on the list of races started. 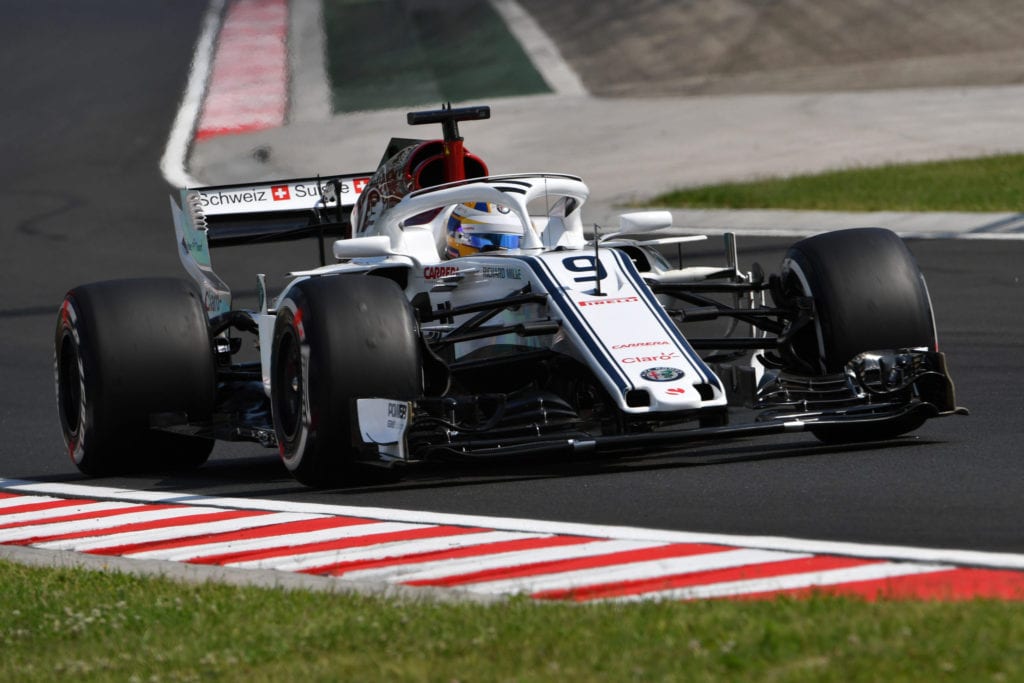