8 Of The Most Wholesome Moments From The Sakhir GP – WTF1
Skip to content
×
Formula 1 , News

8 Of The Most Wholesome Moments From The Sakhir GP

It provided us all with such an emotional rollercoaster, we’re still trying to process what happened a day later. Well, for all the heartbreak and disappointment, we’ve compiled a list of all the most heartwarming moments from the totally bonkers Sakhir Grand Prix.

Sergio Perez Facetiming His Son After The Race

Checo has been very vocal this week about his young son and how, after seeing Grosjean’s crash at the Bahrain Grand Prix, he thinks Romain is a “superhero” for being able to remove himself from the flames.

Yesterday, I’m sure he thought his daddy was the superhero for being the first-ever driver in F1 history to win the race having started from last on the first lap.

On his cool-down lap after taking the win, Perez made clear instructions to make sure his son was watching the television to see what he had accomplished.

Checo was then on FaceTime to his son whilst completing several post-race media pen interviews, which is just totally adorable.

Russell Congratulated Perez On His Win

It can’t be easy having a win slip from your grasp, not once but twice in the second half of a race, but that was the uncomfortable reality for George Russell on Sunday. He kept his head held high, was very respectable to the team and displayed great sportsmanship in congratulating Checo on his win almost immediately after the race.

“Congrats to Sergio. Nobody deserves a win more than him,” Russell shared on Twitter after the race.

Esteban Jumping Around The Media Pen Like A Kid

Ocon took his first-ever F1 podium finish at the Sakhir Grand Prix, a second place, and clearly couldn’t hide his excitement when bouncing around from camera to camera after the race. The second place finish is the best result for the team since Robert Kubica at the 2010 Australian Grand Prix.

Good Mates Ocon And Stroll Got To Share A Podium

They’ve spoken about their friendship in the past, having both been close as kids when karting, but Ocon sharing his maiden podium with close pal Stroll gives us that extra boost of serotonin.

Vettel Gave Russell A Thumbs Up On The Cool-down Lap

The four-time world champion approached Russell after the race and gave him a thumbs up from his Ferrari, trying to offer a show of support and appreciation for the amazing job he had done before Russell’s race just fell apart through no fault of his own.

F1 Fans Got #ThankYourRomain Trending Before The Race

After Grosjean confirmed he would not be taking part in the Abu Dhabi Grand Prix as a result of the injuries sustained from his crash, the F1 fanbase came together in a show of support and thanks to Grosjean for his time in F1. With no confirmed seat next year, and options running out, it seems plausible we won’t see Grosjean back in the sport.

Fans around the world shared their favourite moments of the Frenchman and provided us all with so much to smile about.

Charles Found Checo After The Race

I don’t think you’ll find many drivers in the paddock who aren’t overjoyed for Sergio Perez for finally getting his maiden F1 win. He’s been a big part of the sport for almost a decade and had 190 F1 starts to his name without victory, the longest tally ever.

Drivers up and down the grid were quick to congratulate the Mexican, with Charles Leclerc even hunting him down in the paddock to give him a hug.

Those eagle-eyed among you will also notice the film crew to the left-hand side. This is apparently Netflix who were on scene to capture anything and everything from the weekend for season three of Drive To Survive.

Fans Took To The Streets In Mexico To Celebrate

Finally, away from the racetrack, Mexican fans celebrated their first Grand Prix winner since 1970 by taking to the streets with their flags. Either on foot or in their cars, they all gathered at the Angel of Independence to honour this special occasion.

We love the Mexican fans, so passionate! 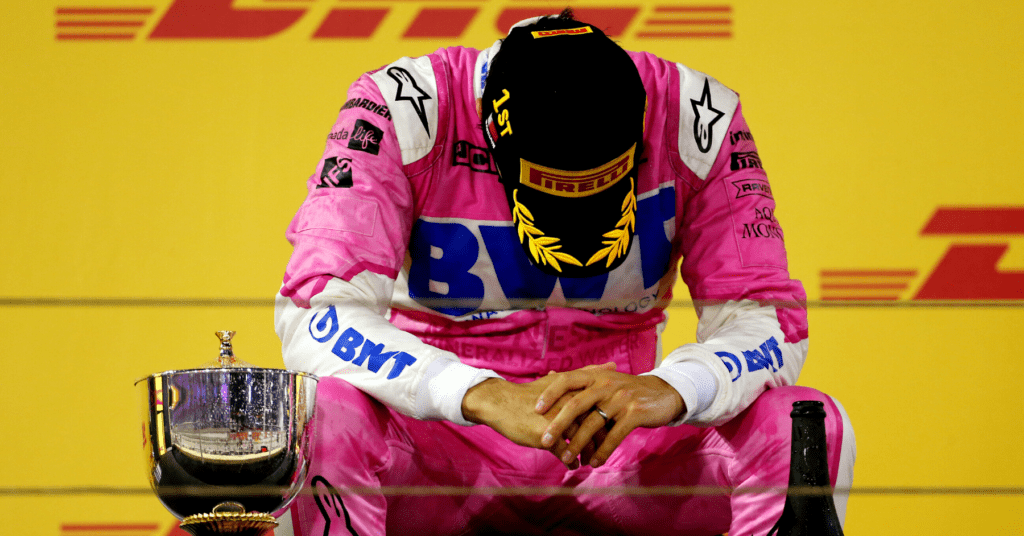